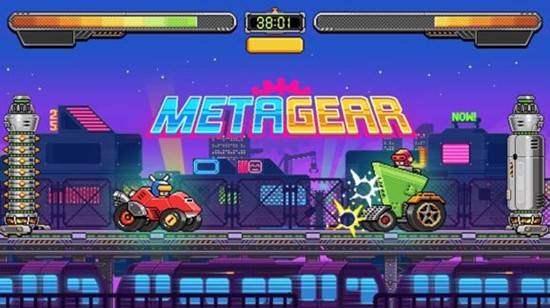 Crypto natives, especially NFT gamers, may recognize MetaGear as the TOP 5 Projects by Current ROI to list in January, according to CryptoRank. $GEAR (MetaGear's governance token) is also in the top 15 gainers on CoinMarketCap and consistently as HOT #1 on DEXTools.

MetaGear is an interesting project in the blockchain gaming industry. The game is the strategic collaboration between OnePad and OneSoft. While the former is backed by FPT Corporation, one of Asia's technology behemoths, the latter is Southeast Asia's top 2 game developer. Players can become inventors and create their own war machines and unleash their unlimited creativity in MetaGear's vibrant, old-school yet modern pixel universe.

The MetaGear team is made up of recognized developers and advisors with extensive experience and expertise in both blockchain and game development. MetaGear is quintessential of what they have accumulated over the years in the industry. Therefore, the team has placed a strong emphasis on the quality of the games putting it on par with the play-to-earn element.

$GEAR is the main currency in the MetaGear ecosystem, used to trade NFTs throughout the economy. Before being listed on Huobi, MetaGear had 4 successful IDOs on reputable launchpads which are Bullperks, Poolz, Krystal GO and Starpunk with each pool being sold out in just about 30 seconds. $GEAR is then listed on PancakeSwap and has seen a stable upward trend in its chart despite the crypto market downtrend. With the CEX listing on Huobi on March 1st, not only has the team completed the Roadmap as committed but this also taken MetaGear to a new height and gained more trust from the NFT gaming community.

After completing the February roadmap, MetaGear has also announced their schedule for March, which includes the official release of MetaGear in March of 2022. In addition, MetaGear will hold an NFT Box Sale event in $GEAR tokens, with 100% of the proceeds being burned. PvP and campaign mode, as well as NFT auction and renting features, will be available in the same month.

New features and NFTs will be added on consistently in 2022. This year, they also want to incorporate Metaverse and extend to additional Blockchain networks such as Polygon and Solana. Wait to see what other exciting news and events the MetaGear team has in store.

To view the source version of this press release, please visit https://www.newsfilecorp.com/release/115373