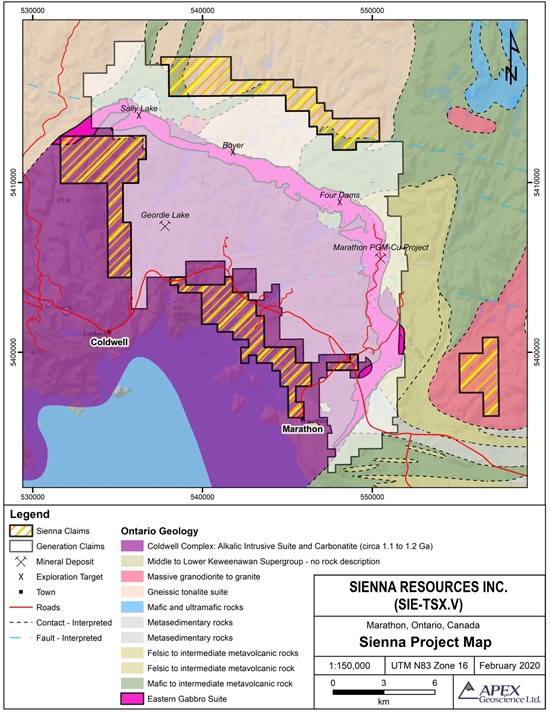 Jason Gigliotti, President of Sienna, stated, "This new land acquisition places Sienna as one of the largest landholders in this region directly bordering Generation's platinum-palladium deposit. As palladium prices are right near all-time highs, this new acquisition gives Sienna two large size platinum-palladium projects with work programs simultaneously being planned. Not only do we expect to commence operations on this new project in Ontario but we also anticipate drilling to start in the coming weeks on our Flagship Platinum-Palladium-Nickel Slättberg Project in Sweden, on which we are partnered with a NYSE mining company. Management anticipates that the coming months will be transformative in Sienna's corporate growth trajectory. These are exciting times for Sienna's management and shareholders."

The technical contents of this release were approved by Greg Thomson, PGeo, a qualified person as defined by National Instrument 43-101. Management cautions that past results or discoveries on properties in proximity to Sienna may not necessarily be indicative to the presence of mineralization on the Company's properties. These new claims were acquired via MLAS.

To view the source version of this press release, please visit https://www.newsfilecorp.com/release/52504