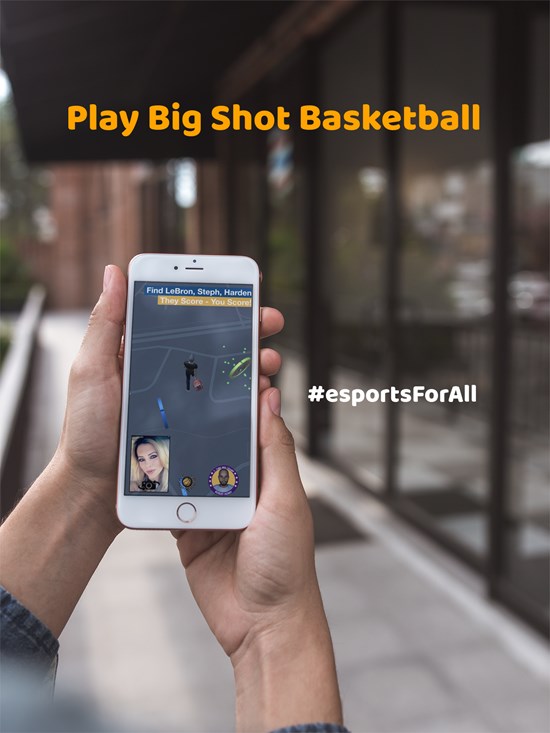 "The best way to engage with NBA teams, games, players, and fans launches today alongside the newest NBA season," says Trevor Doerksen, CEO of ePlay. "Robert Horry and Lindsay McCormick are key ePlay partners and they have helped make sure there is no other game like Big Shot - when LeBron, Curry, or Kawhi score - you score!"

Some Big Shot Challenges are meant to test your mobile gaming skills and can be played anytime and as much as the user would like. Other challenges are based on real-time sports data from actual NBA games. So if LeBron, Kawhi, and Lowry score - you score! Build a Big Shot Roster to unlock and enter challenges.

Big Shot is free to download and free to play. Users can purchase Swaps that allow trades and purchase premium skins, t-shirts, sneakers, and other digital items in the game.

The 2019/20 NBA season kicks off with the launch of Big Shot and sees the defending champion, Raptors, at home in Toronto and the L.A. Clippers take on the L.A. Lakers in a much anticipated LeBron James and Kawhi Leonard cross-town meet-up at the Staples Center. ePlay's Big Shot Basketball mobile game for iOS and Android will be in the Staples Center, outside at L.A. Live, and around Los Angeles. The new NBA season starts at Scotiabank Arena in Toronto, where Big Shot will be in the arena, in Jurassic Park, and across Canada as the country continues to celebrate its first championship.

To view the source version of this press release, please visit https://www.newsfilecorp.com/release/48941