Howie's the judge in this backyard basketball game.

Los Angeles, California--(Newsfile Corp. - May 8, 2020) -  ePlay Digital Inc. (CSE: EPY) (OTC PINK: EPYFF) (FSE: 2NY2) and Howie Mandel are announcing their newest collaboration, SwishAR, the follow up to the widely popular Outbreak mini-game, which is available today. This is the second in the Howie's Games series, and the first with ePlay's augmented reality technology, featuring "Games from the mind of Howie Mandel". SwishAR can be downloaded from the Apple App Store and Google Play. 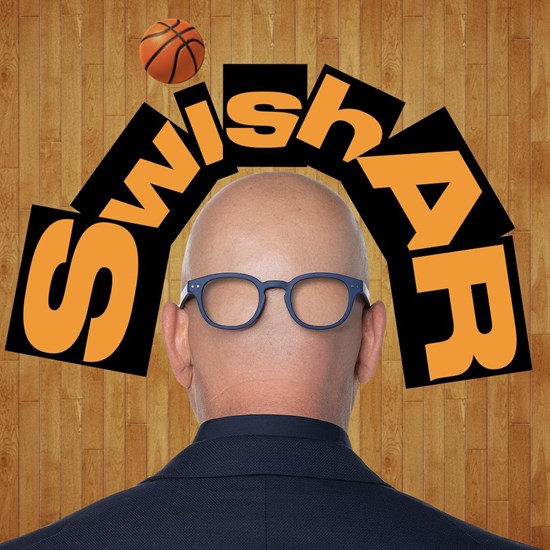 Along with Outbreak, the first game in the series, SwishAR is also part of The Breakout the Masks Charity Campaign, co-created by Mandel to get much-needed masks and Personal Protective Equipment (PPE) to doctors, nurses, and front line workers.

"There are not many places I can go with the pandemic, but I can join you in augmented reality on your phone to play basketball in your backyard," says host and producer Howie Mandel. "Share screenshots and videos on social media so we can all join in."

SwishAR has users looking for America's Got Talent's, Howie Mandel, to join in a backyard basketball game to shoot hoops. Howie may show up in Augmented Reality to say hi, cheer, and jeer.

SwishAR is game number two in the series that progressively gets harder to find Howie Mandel. Donations to Break out the Masks can be made at www.howiesgames.com.

The Company also announces it has issued an aggregate of 1,229,000 restricted common shares in the capital of the Company pursuant to debt settlements made with three consultants to the Company settling $61,250 in services rendered at $0.05 per share. $49,900 of these amounts were settled with two officers of the Company.

Howie Mandel has remained a constant force in show business for more than 30 years and his versatile career has encompassed virtually all aspects of the entertainment spectrum, including television, film and stage. Mandel serves as a judge on NBC's hit talent competition series America's Got Talent and America's Got Talent: Champions and is executive producer and host of the CNBC game show Deal or No Deal. He also appeared in St. Elsewhere, Bobby's World and wrote the 2009 memoir "Here's the Deal: Don't Touch Me." Mandel has done countless comedy specials both on cable and network television. He also continues to perform as many as 200 stand up comedy shows each year throughout the U.S. and Canada.

To view the source version of this press release, please visit https://www.newsfilecorp.com/release/55579