Tim Moody, President and CEO of Pan Global Resources commented: "The new geophysics results at the Escacena Project are what we would hope to see, including strong gravity and coincident IP responses consistent with potential massive and semi-massive sulphide mineralization. We look forward to drilling these targets."

The Escacena Project is located in the Southeast of the Iberian Pyrite Belt and along strike from the Aznalcollar deposit, currently under feasibility by Grupo Mexico, and First Quantum's operating Las Cruces mine. Pan Global commenced exploration at Escacena following granting of the mineral rights in December, 2018 (see announcement 10-December-2018).

Mr. Moody added: "Gravity is a proven exploration method for detecting massive sulphides in the Iberian Pyrite Belt and directly drilling gravity anomalies resulted in the discovery of a number of the major mines, including Neves Corvo and Las Cruces. These are particularly compelling targets when combined with electrical geophysics indicating potential sulphide mineralisation."

The La Romana target is characterised by a 1.6 x 0.6km, 1.2 mGal gravity anomaly in the Southeast of the Escacena project in an area mostly concealed beneath post-mineral sedimentary cover. The new results confirm a strong chargeability anomaly coincident with the peak of the gravity, commencing from approximately 50m depth and dipping to the North for approximately 300m. A separate IP anomaly is also indicated to the North commencing at approximately 100m depth and open at depth. The chargeability high and resistivity low IP anomalies indicate potential disseminated and semi massive to massive sulphide mineralization.

1 The drill results have not been verified and are considered historic in nature. 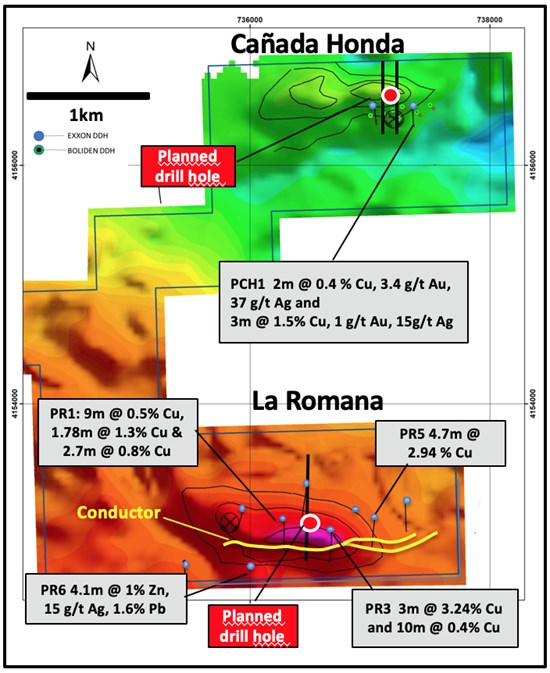 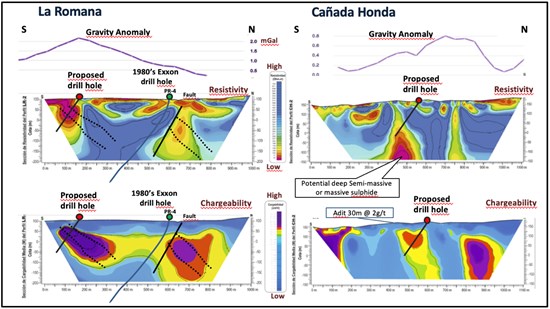 Pan Global Resources Inc. is actively engaged in base and precious metal exploration in Spain and is pursuing opportunities from exploration through to mine development. The company is committed to operating safely and with respect to the communities and environment where we operate.

To view the source version of this press release, please visit https://www.newsfilecorp.com/release/45628