New York, New York--(Newsfile Corp. - September 2, 2022) - Set in Bavaria, An Old Shrew, a Tortured Soul, and Everyday Angels is the story of a bitter feud between Olga, a tough and nasty octogenarian, and Agnes, the anti-authoritarian mother of three teenage delinquents. Three murders are committed, and, after the guilty party has been determined, both Olga and Agnes prematurely lose their lives, largely due to their errant ways. They might have lived longer, had they accepted the support so freely and readily given by Olga's wonderful neighbors Sylvia, Hilde, Hans, and Frieda; Sister Maria, a Catholic lay sister born in Turkey; Zora, a lovable Gypsy who delights everyone with her beautiful songs and flowers; her friend Adi rescued as an infant on a grueling trek from Poland to the West; Bastl and Ulli, saved from homelessness by Bastl and now his junior partner at their community workshop widely known for its exquisite handcrafted masks; Liesl, the cemetery factotum; and Police Inspector Michael Stein. 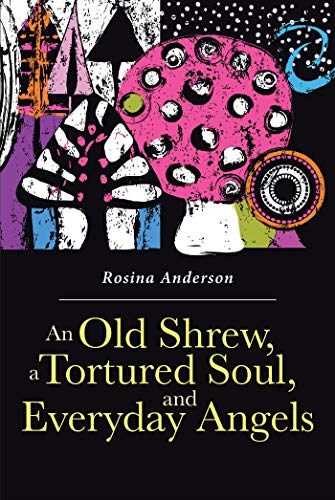 Book cover of An Old Shrew, a Tortured Soul, and Everyday Angels

A number of the characters are based on people the author personally met in Germany, some so outrageous and vicious that their existence almost defied belief and, on the other end of the spectrum, some of the kindest individuals that had ever crossed her path. They were so compelling, and the contrast between them was so striking that they kept living in her mind until she sat down to weave their stories together into one of her own.

While An Old Shrew, a Tortured Soul, and Everyday Angels is first and foremost a work of fiction, it touches upon the fate of the countless displaced persons and foreign worker families who found a new life in Germany after World War II.

An Old Shrew, a Tortured Soul, and Everyday Angels is available for purchase on amazon.com, barnesandnoble.com, and wherever books are sold.

Author Rosina Anderson was born in Bavaria and now lives in Wheat Ridge, Colorado. She has taught modern languages at various US universities, held the position of scientific-technical assistant at a psychiatric research institute in Munich, and worked as an interpreter in the ER of a California hospital. She enjoys traveling and painting.

To view the source version of this press release, please visit https://www.newsfilecorp.com/release/135835