Stabila - A Digital Currency Gaining Traction in the Crypto Space

Kingstown, St. Vincent and The Grenadines--(Newsfile Corp. - November 30, 2021) - Launched in June 2021, Stabila is a blockchain-based smart contract platform for powering decentralized fintech applications, or DApps, competing with platforms such as Ethereum and Bitcoin. The blockchain is secured through a delegated proof-of-stake system that sacrifices some degree of decentralization for speed and efficiency. The network is powered by its native cryptocurrency, STB, which is used for payments, miner rewards and system resources. 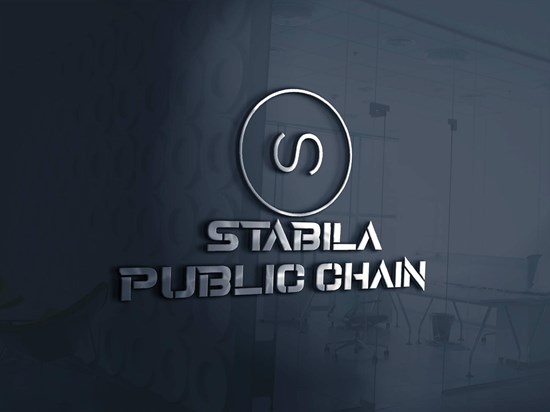 Stabila is a cryptocurrency and blockchain developed by the Moneta Holdings company. Stabila software supports smart contracts and decentralized apps (known as DApps in the crypto community), which makes it a suitable platform for additional cryptocurrencies in addition to the Stabila crypto coin central to the blockchains operation.

The face of Stabila is founder and CEO Daniel Varzari, who manages Stabila offices in Europe, the Americas and the Asia Pacific regions. Varzari founded the Moneta Holdings in St. Vincent and The Grenadines in 2021. The company is in business of: Blockchain, Stablecoins, crypto to fiat to crypto, decentralized & centralized crypto exchange, online-only financial institution, stock & commodities asset class, tokenization, digital marketplace.

The STB coin is introduced into the market through private sale of 85.0% of the initial 20M supply in September 2021. The Moneta Holdings holds the remaining 15.0% of Stabila coins. STB was issued on the STABILA public chain.

Stabila utilizes a delegated proof-of-stake system, which means it uses far less power than competing currencies like Bitcoin. Stabila's architecture gives the Stabila network the ability to handle far more transactions at a time than proof-of-work systems such as Bitcoin, which rely on a massive network of cryptocurrency miners.

The higher throughput isn't just a small improvement over older, larger cryptocurrency networks. In its 2021 white paper, Stabila claimed its delegated proof-of-work mechanism allowed for 2,000 transactions per second compared to three for Bitcoin and 15 for Ethereum.

How to Mine Stabila

Stabila coins are not directly mineable by the general public. Instead, the consensus network relies on users who stake Stabila currency, maintaining a balance of Stabila in an eligible cryptocurrency wallet, to mine blocks and validate transactions. The users who get to mine blocks are called Governors.

The Stabila delegated proof-of-stake system relies on 79 Executives to verify and 21 Governors to produce new blocks for the network. These members are picked through reputation ranking and vote of STB coin holders. A new block gets generated on the Stabila public chain every three seconds, and the Governors get a certain amount of STB as reward for mining.

Because this depends on a network of decentralized computers, the blockchain concept still works. But it uses far fewer computers (and electricity) than networks like Bitcoin and Ethereum, where anyone can mine, even with old, inefficient computers on slow internet connections.

Stabilaclick is the official name of Stabila IOS/Android wallet that, according to their website newsletter, is due to be deployed in production by the end of 2021. As with all cryptocurrency wallets, it's extremely important for users to keep passwords and access information private and somewhere safe. If a user should lose access to their wallet or make a mistake when sending, the user could lose access to their STB and any other Stabila-compatible assets held in their wallet.

All of this is great. But why is Stabila in its early days of growth? That's because Stabila has mapped out five years of development, and work in these areas is far from over. The ultimate goal is to make the system truly self-sustaining. Now the platform is at Version 1 stable, with a promise to launch licensed smart contracts that can communicate on the internet, by February 2022.

To view the source version of this press release, please visit https://www.newsfilecorp.com/release/105333

Sign up to receive news releases by email for Grooming Web Technologies or all companies belonging to the Multimedia/Internet/Online Services industry.