Rosedale, California--(Newsfile Corp. - November 3, 2021) - Today Junkie Catz, a unique Polygon-based NFT and passive income project has gone live for public sale. The series launched only hours ago and there are still some mints available for purchase, all with varying levels of rarity and junkieness. 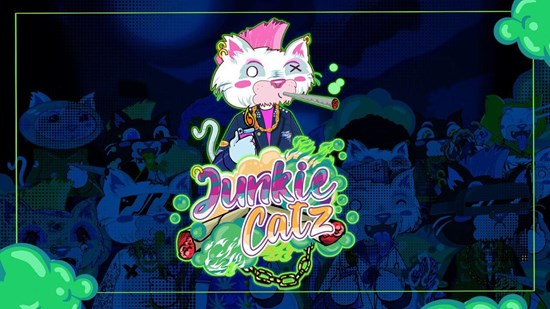 Junkie Catz is a collection that has been created by a group of NFT enthusiasts from Fomo Labs and CPIE, using eye-catching and imaginative designs, to tell the story of a group of "junkie cats," whose best days are behind them after falling on particularly hard times.

The Tragic Backstory of Junkie Catz

The unfortunate backstory behind this particular group of house cats is a cautionary tale and one in which the team behind the project is hoping to create a happy ending. A group of what were once normal house cats that had the perfect life, caring families, endless food, regular grooming, clean litter trays, and the warmest places to sleep. Each day was blissful and every night was an adventure, that is until one fateful evening, everything took a turn for the worst.

Deciding to roam a little further from home on this particular nightly outing, the cats thought they had struck gold with one particular set of trash cans and were experiencing a night full of fun. The good times did not last and the group soon realized this would be the night that would change their lives forever.

Caught by the one person they all feared, the villainous cat catcher had made his move and the once normal and well-loved house cats were never to see their old life again.

The Birth Of Junkie Catz

Locked away with apparently no one coming to collect them, incarceration became a shocking prospect for the group. Shelter life can be tough on even the toughest of cats and this group were wildly unprepared for what was in store for them. The food was terrible, their playtime was thin, regular grooming was non-existent and hope started to fade. They patiently waited for the day that someone would come and collect them, to return them to their old existence but to their despair, this day never came.

The group started to adjust to the shelter life, to escape the monotony and anguish, drugs became the norm and after each passing day, their bad habits only grew more frequent. As their dependence grew and addiction took hold, their chances of departure only got shorter, no family wanted a junkie for a house pet and they quickly became the cats that nobody wanted. Destined to live out their days in the place they all despised. The once friendly, regular, neighborhood cats were gone and replaced with something they all never thought they could ever become.

The Junkie Catz were born. 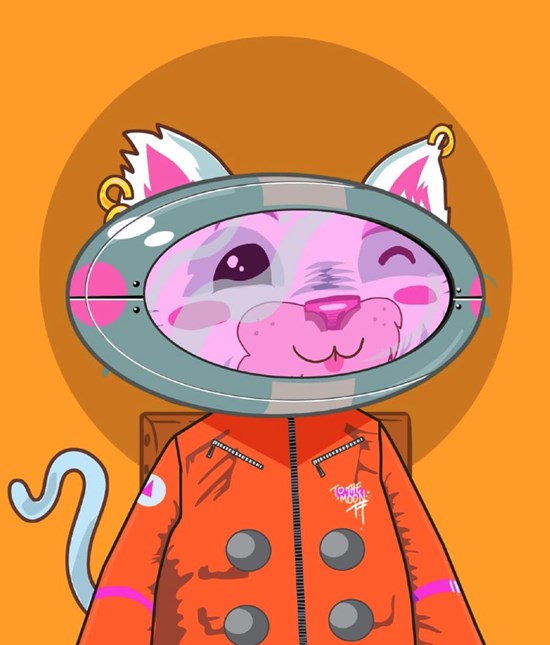 The Release Of Junkie Catz

Junkie Catz is using a team of highly skilled industry marketers and influencers to spread the word about this group of Junkie Catz. Releasing this group of cats and getting them into rehab is the main goal. The bondsman needs to be paid, and selling these NFTs is how the team plans to release these junkies and offer them a new lease on life.

Junkie Catz and the team behind the NFT project have some determined plans and goals, with their sights set on selling out this series in order to release these Junkiez, to find them new homes.

The roadmap is laid out into five stages, with varying levels of $MATIC rewards, based on the success of the initial mint.

Holders of the Junkie Catz NFT will be able to earn rewards in multiple ways, all by holding the Junkie Catz NFTs. Reflections are earned in $MATIC for regular holders, with early buyers receiving a portion of the $MATIC tokens assigned for the first series. The $MATIC rewards are allocated for distribution as the initial sale gets closer to its target.

Once the initial mint is completely sold out, the next stages will commence with Junkie Catz version 2 beginning production.

The release has successfully launched for public sale, the limited 4444 Junkie Catz NFTs have been minted and the catz are getting ready for their chance at freedom. Information for this release, as well as any other details for the project will be available across their social media pages including Twitter and Discord.

To view the source version of this press release, please visit https://www.newsfilecorp.com/release/101979