It results from a departing employee opening their final pay check to find it docked $5,691.17 for 130.2 hours of vacation with no explanation or documentation.

The lawyer involved understands other former employees are out there with similar stories who are entitled to compensation.

"It's a strange, almost unheard of practice and it's a violation of the Employment Standards Act," says Andrew Monkhouse of Monkhouse Law, Employment Lawyers acting for the aggrieved client in getting the case certified as a Class Action. "It's called a negative vacation bank and Desjardin appears to have used it since 2011 to the detriment of their departing employees and to profit from it."

The lead plaintiff in the case started at Desjardins as a Special Investigator on Jan. 4, 2016. His offer of employment letter stated he'd have 6.67 pro-rated vacation days up to April that year, since vacation entitlement ran from May 1 to April 30. He would also be entitled to a floating half day vacation each month, which would accrue during the year.

"Nothing was said, verbally or in writing and nor did he sign any document recognizing that the vacation was to be an advance and that it would be accounted for at the end of his employment," says Monkhouse. "At no time was anything discussed about a "negative vacation bank" and he did not sign off on any acknowledgement of this."

"What we still don't understand is how those hours for 6.65 days jumped to 130.2," says Monkhouse. "There's been no explanation. At eight hours a day that would be more than three weeks in vacation. This money was deducted without explanation or documentation or consent. He did ask for reimbursement and for documentation and explanation and they ignored him."

In filing the Class Action, Monkhouse asks for damages of $80 million for those past employees who were similarly treated by Desjardins plus $4 million in punitive damages.

"In effect, employees who suffered this were powerless," says Monkhouse. "It would cost them far more to retain a lawyer individually to fight a large corporation like Desjardins. A Class Action levels the playing field and allows the little guys to fight back."

The same issue was also adjudicated in 2020 at the Ontario Ministry of Labour which held Desjardins was in violation of the Employment Standards Act.

"They ignored the ruling and continued to practice 'vacation bank recovery' and this is why we're asking for $4 million in punitive damages," he says. "We need to send a strong message here that when employers get unfavourable rulings from the Ministry of Labour that they should pay heed and change their processes. Otherwise, what's the point?"

He says while vacation advances by employers can be done in a legally permissible way they must always be documented with the employee consenting in a signed statement "These "advanced vacation hours" are then balanced through overtime or paid off at the end of employment but there's always a signed consent," he says. "This was not the case with Desjardins. The claim lays out that they did this unilaterally and unjustly enriched the company at the expense of their employees. In most cases, employers need to have explicit written authorization from employees in order to legally make deductions from their wages."

Meanwhile, Monkhouse is actively seeking anyone who worked at Desjardins related companies and was subject to a "vacation bank recovery" deduction on their final pay cheque since 2011 to contact his office to share their details and to get updates on the case at monkhouselaw.com.

Former Desjardins employees can have a confidential conversation about the class action by contacting Alexandra Monkhouse at 416-907-9249 ext. 211 or alexandra@monkhouselaw.com. Individuals can also submit their information on the Monkhouse Law website to be sent updates on the case. 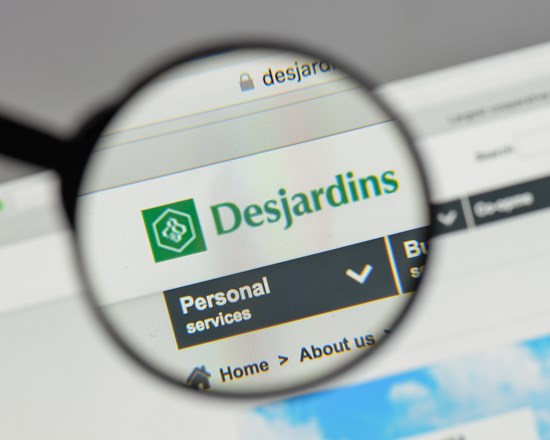 To view the source version of this press release, please visit https://www.newsfilecorp.com/release/87241

Sign up to receive news releases by email for Agility PR Solutions or all companies belonging to the Technology industry.