Vancouver, British Columbia--(Newsfile Corp. - December 21, 2020) - Altamira Gold Corp.'s (TSXV: ALTA) (FSE: T6UP) (OTC Pink: EQTRF), ("Altamira" or the "Company") is pleased to announce that it has received the C$500,000 from Mineracao do Para Ltda. ("MAP") following the completion of the transfer of title regarding the Crepori gold project which is located in the state of Para. The Company has retained a 4% net smelter return royalty ("NSR") as part of the agreement.

Michael Bennett, President & CEO, commented, "The completion of the sale of the Crepori project to MAP, and the receipt of C$500,000, gives Altamira necessary working capital as we work to arrange financing for the construction of a mine and processing plant at our Cajueiro gold project in Mato Grosso. Just as important is the fact that the 4% NSR which we have retained could give the Company a revenue stream as early as Q2 2021 ahead of initial production from Cajueiro which is targeted for late 2021."

It should be noted that production decisions respecting the Crepori and Cajueiro projects as currently foreseen may not be based on feasibility studies of mineral reserves demonstrating economic and technical viability. Consequently there may be increased uncertainty as well as economic and technical risks associated with any such production decision.

The Crepori project is situated in the Tapajos Gold Province approximately 100km SW of the operating underground Palito and Sao Chico gold mines. An estimated 500,000oz of placer gold was recovered from drainages in the area during the Tapajos gold rush from 1978 to 1995 and small-scale historical hard-rock mining was also conducted along two gold bearing quartz veins.

Altamira continues to actively pursue a number of alternative funding arrangements for the US$6M required to fund the construction of a 1000t/d gravity processing plant and surface mine, and is confident that it will secure funding in the near term.

Whilst the Company has not formally terminated the Metalstream agreement, Metalstream is in default and has failed to deliver on the contractual arrangement to provide financing to Altamira, this despite repeated assurances from Metalstream of their ability to do so. Altamira has not received any funding from Metalstream to date.

The Company has received several alternative written offers of project financing and is in advanced negotiations with several parties, but at this stage cannot provide further details regarding timing. Management is considering a number of options and is working to determine which, if any, are suitable for Altamira. 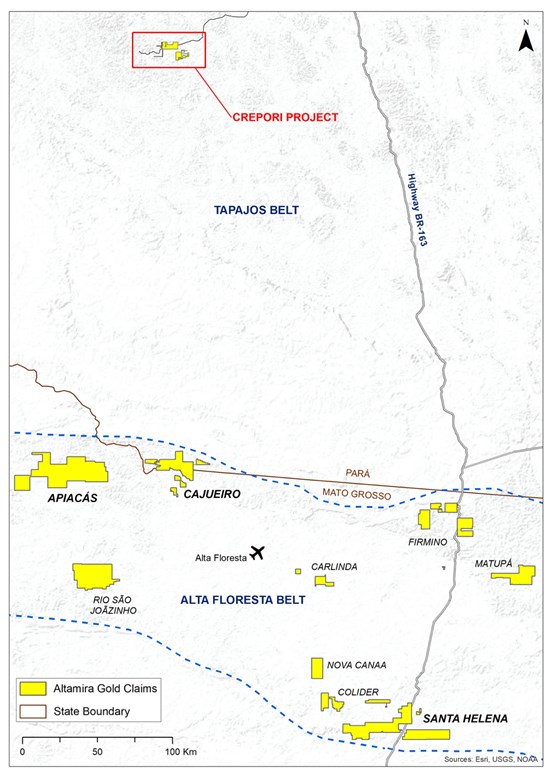 To view the source version of this press release, please visit https://www.newsfilecorp.com/release/70687