Toronto, Ontario--(Newsfile Corp. - November 29, 2022) - Crafted with consideration over decades, Bowmore(R) has an inherent appreciation as to how each moment comes to bear on the character of the whisky, and how time past has shaped today. Rooted in intentionality, Bowmore makes its whiskies this way on purpose, shaping every drop, adding depth and distinction of flavour to shape its multi-dimensional single malt. 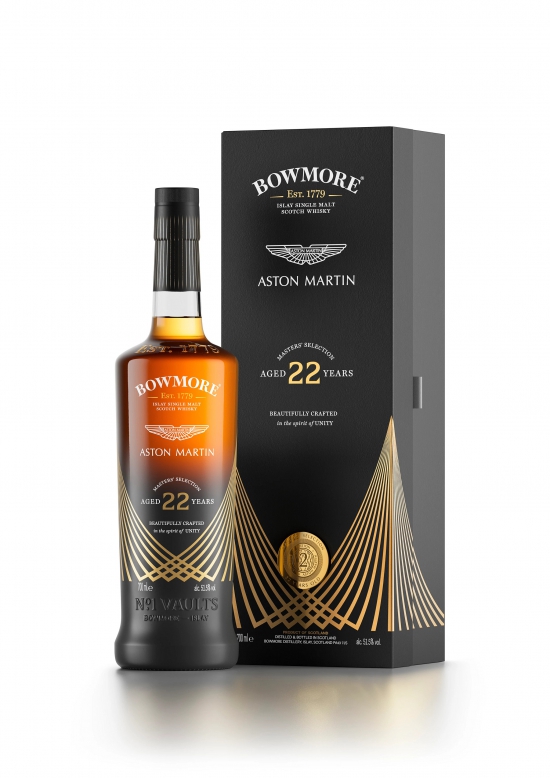 ABOUT BOWMORE(R)
For over 240 years, the Bowmore Distillery has been capturing the essence of Islay from the shores of its remote island home. Shaped by centuries of skill and tradition, Bowmore's single malt harnesses the power of this time in every single drop, defined by the past and savoured in the present. Time is defining at Bowmore(R) and we tirelessly harness the power of time to shape our whiskies. Our distillery's adherence to traditional production methods helps to shape the character of our fruity and smoky single malts. Today, we are amongst one of a few distilleries which still produces its own floor malted barley, hand-turned by a traditional wooden malt shovel and hand drawn machinery. Water for the whiskies is specially drawn from the Laggan River, with its rich peaty overtones - the same Islay peat that fires the malt-drying kiln. Bowmore(R) Distillery's proximity to the sea is also vital in determining the final character of its spirit and gives a hint of sea air to the character. The legendary Bowmore(R) No. 1 Vaults is where most of the whiskies spend their long lives resting quietly in the cool, dark, damp cellars below sea level, oblivious to the waves thrashing the vault's sea-facing wall. Matured in oak casks, previously used for bourbon, sherry, or claret, over time developing rich and mellow flavours until the expertise of our whisky makers deems them ready for bottling. It is this combination of peat, barley, sea breeze, water, wood, people, and tradition that makes Bowmore the exceptional single malt it is today. Time is marked on each and every bottle of Bowmore, proudly and boldly as a marker of where and when each one's journey began. This is our story of time. This is Bowmore; the Art of Time since 1779. www.bowmore.com

Beam Suntory was created in 2014 by combining the world leader in bourbon and the pioneer in Japanese whisky to form a new company with a deep heritage, passion for quality, innovative spirit and vision of Growing for Good, which now includes its transformative sustainability strategy, Proof Positive. Headquartered in Chicago, Illinois, Beam Suntory is a subsidiary of Suntory Holdings Limited of Japan. For more information on Beam Suntory, its brands, and its commitment to social responsibility, please visit www.beamsuntory.com and www.drinksmart.com.

ABOUT ASTON MARTIN LAGONDA
Aston Martin Lagonda is a luxury automotive group focused on the creation of exclusive cars and SUVs. The iconic Aston Martin brand fuses the latest technology, exceptional hand craftsmanship and timeless design to produce models including the Vantage, DB11, DBS Superleggera and the new SUV, DBX. Based in Gaydon, England, Aston Martin Lagonda designs, creates and exports cars which are sold in 51 countries around the world. Lagonda was founded in 1899 and Aston Martin in 1913. The two brands came together in 1947 when both were purchased by the late Sir David Brown. www.astonmartin.com

To view the source version of this press release, please visit https://www.newsfilecorp.com/release/146154