"Finesse" is a multi-series intense platformer with mixed RPG elements. NFTs from both games will be payable across the "Finesse" game series.

The first chapter of Finesse is "Shadow Warriors." In this chapter, a legendary warrior fights through the corrupted world of Draponia to free it from the hands of the devil Lucifer. Users can upgrade abilities using gold and diamond collected from enemies and the environment in order to keep track with the difficulty of the game.

"The Kingdom" is the second chapter from the "Finesse" game series. "The Kingdom" features simple yet addicting gameplay, giving players thrilling moments and unexpected experiences. The RPG elements allow users to upgrade warrior skills and dwell into the depth of the game's mechanic. 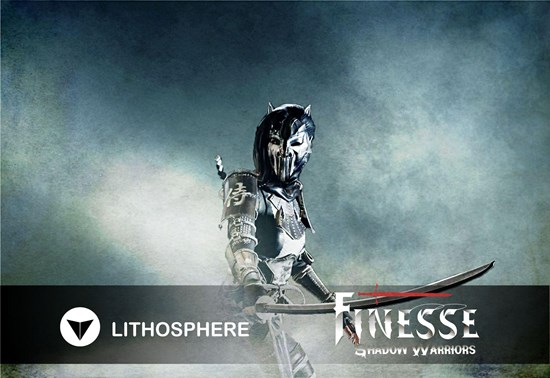 "The Kingdom" is also based in Dapronia. Once a prosperous kingdom, Dapronia has fallen. An ancient darkness reborn savages the land with brute force. Crops decay, winds scream with rage, and the dead stir. In his lust for power and forbidden knowledge, a king has forsaken his people to ruin.

Jot Art games have a player-owned economy where players can own, buy, sell, and trade resources they earn in games through skilled-gameplay and contributions to the ecosystem.

In-game items in the Jot Art metaverse are represented by non-fungible tokens (NFTs). As more games are released, characters in the Jot Art metaverse will be playable across games with the ability to earn, stake or sell all owned characters and most in-game objects. Users are be able to buy, battle and earn additional tokens and collectibles that can be exchanged for cash at many exchanges.

Staying true to Lithosphere's mission of interoperability across all existing blockchains, initially the Jot Art metaverse will support Ethereum L2s and BNB Chain (BSC) NFTs. In the near future, Jot Art will support additional chains once Lithosphere mainnet launches.

Lithosphere is a next-generation platform for cross-chain decentralized applications powered by Deep Learning.

KaJ Labs is a decentralized research organization focusing on AI and blockchain technology. We're driven to create innovative products that work for the greater good around the globe.

To view the source version of this press release, please visit https://www.newsfilecorp.com/release/128723