'World Gas Conference' to Be Held in Daegu, Korea amid Pandemic

Daegu, South Korea--(Newsfile Corp. - May 11, 2022) - The Daegu World Gas Conference(WGC) in Korea, which was postponed for a year due to the COVID-19 spread, will be held on 23rd ~ 27th of May. It is the first time that the WGC is being held in Korea. The WGC, which is also called 'the Gas Industry Olympics', is receiving lots of interest due to the event happening amid pandemic. 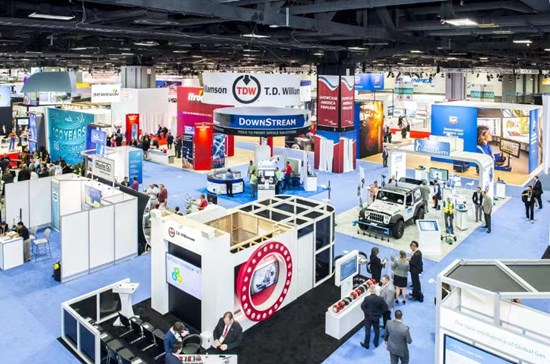 Holding around 90 years of history, the WGC is one of the 3 biggest Energy Events, including the World Energy Congress and World Petroleum Congress. This year's WGC held in Daegu, Korea is the 28th event.

Representatives from Global Energy Companies from around 90 countries leading the energy supply, such as Chevron Corporation, Quatargas and Cheniere Energy are participating in the Daegu WGC. It is expected that the total number of participants will reach around 12,000 people. The exhibition, for example, has a reservation rate of 80%, which scores similarly to the WGC held in Washington DC 3 years ago.

The upcoming congress is held while the interest in sustainable growth such as carbon neutrality, climate crisis, environmental-friendly energy are at its peak. Thus this congress will be helpful to finding out the future energy policy trends.

Daegu's preparation for this huge event is also extraordinary.

To help every participant and guests enjoy the event during the congress period, Daegu will host different performances constantly, such as K-Pop, Korean Traditional Music, and Musical Gala Shows, in EXCO, around the main hotels and at the main spots in the city.

The mayor of Daegu, Kwon Young-jin, said, "We have been carrying the Green City policy forward by providing solar panels and electric cars, and by promoting the energy industry." He added, "Daegu's status as a Global Green City will rise due to the upcoming event."

To view the source version of this press release, please visit https://www.newsfilecorp.com/release/123658