Irvine, California--(Newsfile Corp. - July 30, 2022) - On Halloween night 2019, 20-year-old Carlo Navarro walked into a liquor store and illegally purchased a bottle of whiskey. This would begin a chain of events leading up to the deaths of a mother, father, and their 3-year-old son who were trick-or-treating. Navarro has been officially found guilty, and now, Mr. Habbas is seeking financial restitution via a suit against Green Diamond Liquor.

Samer Habbas is representing the family of Joseph Awaida, Raihan Dakhil, and their son Omar, who were the innocent victims of this senseless crime. See, Superior Court of California, County of Los Angeles Case No: 21STCV39948. As the parents were pushing Omar in his stroller down the streets of Los Cerritos, which was crowded for Halloween, Navarro's SUV jumped a curb going 70 miles per hour and collided into the family. When first responders arrived, they had to free Omar's body from a nearby sedan where he was pinned from the impact of the collision. The three were transported with critical injuries, and they all were pronounced dead later.

Joseph was studying to be a pediatrician; Raihan was a passionate social worker; and Omar was just a toddler.

Navarro was found guilty for three counts of murder for driving while intoxicated. Now, attorney Samer Habbas is representing the surviving heirs of the decedent in suing the liquor store Green Diamond Liquor, involved. On the night of the tragedy, a clerk named Amor Amacio at Green Diamond Liquor sold a bottle of Jack Daniels Whiskey to Navarro despite knowing that he was not 21 years of age. After leaving the liquor store, Navarro got behind the wheel and proceeded to strike and kill the family of three.

Samer Habbas said, "What happened was a tragedy that should have never taken place. There were failures and lapses in judgment at every level that could have prevented this deadly collision. We intend to do everything in our power to get justice for the family and hold the responsible parties accountable for their actions."

Mr. Habbas is seeking financial restitution for the loss of life of their loved one. 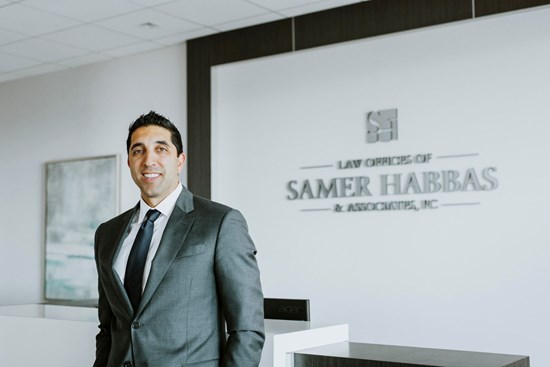 California Business & Professional Code 25658 says it's illegal to sell, furnish, or give away alcohol to a person under 21 years of age. California's Dram Shop Law makes it possible to impose liability on a bar, liquor store, or social host providing alcohol to anyone under 21.

Mr. Habbas' specialty is personal injury, and it's through his adept knowledge of California laws that he serves his clients. More information can be found at https://www.habbaspilaw.com.

ABOUT THE LAW OFFICES OF SAMER HABBAS & ASSOCIATES, PC

Anyone with information on the events on the evening in question is encouraged to contact the firm at https://www.habbaspilaw.com

To view the source version of this press release, please visit https://www.newsfilecorp.com/release/131959

Sign up to receive news releases by email for Law Offices of Samer Habbas or all companies belonging to the Banking/Financial Services industry.