Defiance Fuel, Jalen Ramsey, Victor, and Lynne Brick, and Planet Fitness Growth Partners wanted to give back to Nashville, and Middle TN by providing 40,000 bottles of water to the communities and help with relief efforts in Nashville. Defiance Fuel is a Nashville based company with strong community ties.

Brian Burgdorf, President of Defiance Fuel said, "We will always be strong for our city and help Nashville build back stronger. When tragedy strikes your family and your community, it always makes you realize that what matters is helping people and being there for people during tough times. We are stronger together." 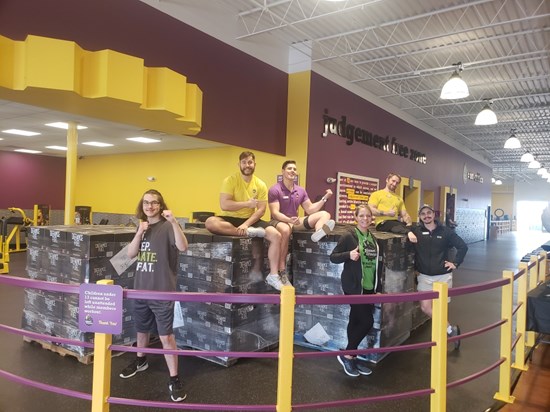 Committed to providing athletes with a competitive edge, Defiance Fuel is the culmination of 30 years of cutting edge water science research. With patents pending, Defiance Fuel is created by emulating subtle natural energies found in a handful of waters around the world. The result is PH balanced, structured water that leading athletes are finding makes a critical difference. In addition to being the official dugout drink of the St. Louis Cardinals, Defiance Fuel counts among its professional athlete partners an impressive list from across the NFL, NBA, and MLB. Everyday athletes can find Defiance Fuel through gyms, yoga studios, and wellness centers, and some of the partnerships include Planet Fitness, Burn Boot Camp, D1 Sports, Cycle Bar, Iron Tribe, True Rest Float Spas, and L.A. Fitness. Defiance Fuel will be distributed through Europa Sports as well as their gyms, wellness centers, and other wellness partners across the country.

Additionally, Defiance Fuel is currently offered through Sprouts Farmers Market Organic grocery stores and Natural Grocers throughout the nation and more retailers to come in 2020.

Jalen Ramsey is an American football cornerback for the Los Angeles Rams of the National Football League. He played college football at Florida State and was drafted by the Jacksonville Jaguars fifth overall in the 2016 NFL Draft. Jalen Ramsey is an investor in Defiance Fuel.

To view the source version of this press release, please visit https://www.newsfilecorp.com/release/53527

Sign up to receive news releases by email for Defiance Fuel or all companies belonging to the Food/Beverages, Sports industries.