With the rise of NFT Games providing a supplementary income to most in North America, across South East Asia amateur players are earning the equivalent of a professional career.

Since 2018 NFTs have become a slow growing trend in the Blockchain space, with massive interest peaking earlier this year generating billions of dollars for the industry. The most exciting coming with the integration into video games providing true value for collectibles and game items. 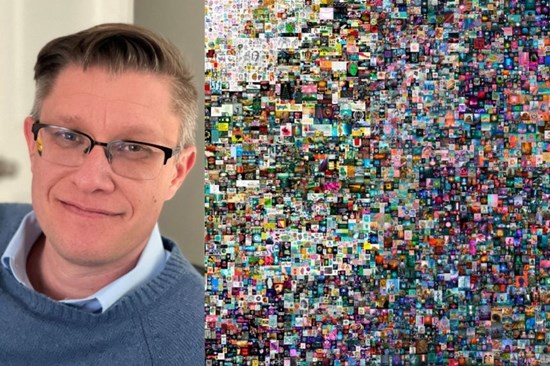 Warren Burke, Chief Strategy Officer of MELI said, "We're moving into a world of wealth transfer and decentralisation, remote jobs are prominent and it's time we start thinking about interactive entertainment differently." Hoping to ride the wave of NFT games, MELI will include various Play-To-Earn features, but with something unique in the space. Warren stated, "The gamification of a lot of these DeFi or p2p financial instruments will be the next wave we see in these p2e games, battling for points or characters that you use in game is cool but it's not why people are playing. They want to earn money so we devised a system that focuses on making returns for players."

MELI.Games will be producing future titles using their MELI token and have strong insight into the demand that drives adoption for these new games. "Trust is very important in this space filled with bad players," Warren said regarding the blockchain space. "I have been advocating regulation since day one, we appointed a trust company in the US where regulation is extremely tough to hold our tokens in multi-sig cold storage wallets. This means we are not at the same level of risk like our competitors."

MELI.Games will launch their first title soon with much anticipation from their online community, to find out more visit their website or join the community via Telegram.

Players in this new wealth generating model across developing countries are finding the shift to stay at home rewarding, as most jobs require demanding labour in these regions. As the world suffered from lockdowns due to the ongoing pandemic, SEA has been hit extra hard from a lack of tourism or loss of trade and over 200,000,000 million people have been worried what dangers the next season will bring.

The Play-To-Earn model is replacing the Free-To-Play model which previously launched games with heavily monetised features often relating to game progress, whilst also spinning off varying models such as Pay-To-Win or Freemium. These mechanisms encouraged or forced players to spend money with some spending getting out of control or tricking children into driving up huge in-app payments, sometimes drawing attention with court orders to developers and publishers.

Applications such as Tik Tok and Instagram saw millions of new downloads as people looked for escapism, but those playing NFT mobile games found fortune instead. Made Barus, a delivery driver from Bali, now earns over $250 USD per week, roughly 3,500,000 IDR in local currency. Previously before the lockdown this was his monthly salary. "I heard about the game from a Facebook group with other drivers, we all have it and help each other with how to play."

Made has been playing full time since earlier this year. When asked how the game changed his life he said, "My wife used to work in a laundry store now we both stay home with our Children. I have my neighbours and family playing but they are not that good yet," he said with a smile. Made goes on to say even his 67 year old father is playing and earning. "I used to play games waiting for orders and was always tempted to buy game items but sometimes it would cost a half days salary." Made was asked if he considered himself a pro-gamer but he refused stating it's not as intense. "My children watch these games online with the teams, they play intense like a real sport and the crowd is cheering and my son tells his friends I play professionally, but I just started early when it was new." Made started to get emotional stating, "I would always work so late and the job is tough but now I take my family to the same restaurants I used to deliver from."

To view the source version of this press release, please visit https://www.newsfilecorp.com/release/100336