The new JV between GreenStar and Progressive, called Capri PHGS LLC, was kicked off with a pilot cultivation evaluation of a new, proprietary growing system owned by Progressive and its affiliate Aggressively Organic, Inc.

The initial study of the growing system showed the technology can produce cannabis plants that have much higher levels of cannabinoids than similar strains on the market today, along with several other important benefits for cannabis operators.

Click Here to Stay up to date with GreenStar Biosciences

Vancouver-based GreenStar and Indiana-based Progressive are 50/50 owners in Capri. Per the deal, the JV has exclusive rights to utilize the proprietary cultivation technology for a sustainable, inexpensive growing system known as Micro Dendritic Pods™. The strategy is for Capri to develop, manufacture, commercialize and sell products grown with the Micro Dendritic Pods technology for sales globally in the cannabis, hemp, medical, and biopharmaceuticals markets. 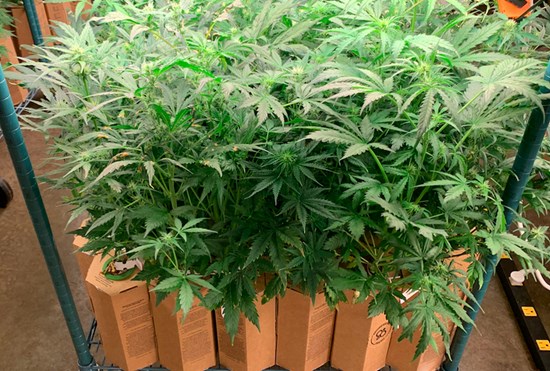 The two companies and their affiliates have an opportunity to leverage their individual successes.

There are different synergies in play here between Cowlitz and Capri that can be profitable for all parties considering GreenStar owns certain assets of Cowlitz, including IP and property leases. The details have yet to be fleshed out, but Cowlitz could become a buyer from Capri, licensee of the technology or some combination in a future deal that ensures production of high-quality, low-cost cannabis products.

Judging from initial testing, it looks like GreenStar and Progressive are onto something with the Micro Dendritic Pods.

Cannabinoids are components of the cannabis plant that act upon the body's endocannabinoid system. The two most famous are CBD and THC (tetrahydrocannabinol), but there are more than 100 others that have various effects on the body. Notably, THC is the cannabinoid responsible to the psychoactive high commonly associated with ingesting marijuana. CBD, which also can be derived from hemp - defined as cannabis sativa with less than 0.3% THC - has zero psychotropic effect.

CBD is the cannabinoid frequently heralded for a bevy of positive therapeutic effects in treating everything from dry skin to anxiety to epileptic seizures. CBD derived from hemp became legal throughout the U.S. this year with the passage of the 2018 Farm Bill.

One of the first initiatives for Capri was to complete a cultivation test using the new technology for cannabinoid analysis. In doing so, about 2,500 plants spanning three different cannabis strains were grown at Cowlitz's facilities in Washington. The data was compelling, to say the least.

Results from independent lab tests showed total cannabinoid percentages between 22.85% to 32.54%, depending on the strain. To add some context, industry averages are generally 15%-23% for similar strains.

It Doesn't Get Any Easier Than This

In addition to a superior cannabinoid profile, the cultivation technology further demonstrated other efficiencies and benefits compared to conventional greenhouse operations. The company didn't give away the "secret sauce," but it did say that cultivation room was completed using "off-the-shelf" environmental control products, meaning no expensive special equipment is necessary.

A drilled down look at the economics showed that electricity costs could be chopped in half, as measured by about 3 grams of plant produced from one watt of electricity versus 1-1.5 grams per watt for today's technology.

What's better than a cannabinoid-loaded, contaminant-free plant produced at lower operating cost per square foot? One that grows faster. All three plant strains were harvested in 72 days, which equates to up to five harvest cycles per year. This compares to an average of three or four harvests annually for a traditional indoor grow facility.

"We believe we have proven the proof of concept effectiveness of this technology. We are excited to continue pursuing further testing and leveraging this proprietary technology," said GreenStar CEO, Rahim Rajwani, in a press release on the pilot testing.

The go-forward strategy involves scaling cultivation operations with the proprietary technology to lend further validation to its benefits. Capri will then use the technology for low-cost indoor production for itself and look to build an additional revenue channel through a licensing model to allow other producers, presumably including Cowlitz, access to Micro Dendritic Pods™.

Please follow the link to read the full article on CFN Media: http://bit.ly/31RYmVU

For Visitors and Viewers

CFN Media is a leading agency and financial media network dedicated to the cannabis industry. We help private, pre-public and public cannabis companies in the US and Canada attract capital, investors and media attention.

Our powerful digital media and distribution platform conveys a company's message and value proposition directly to accredited and retail investors and national media active in the North American cannabis markets.

Since 2013, CFN Media has enabled the world's preeminent cannabis companies to thrive in the capital and public markets.

Learn how to become a CFN Media client company, brand or entrepreneur:

The above article is sponsored content. CannabisFN.com and CFN Media, have been hired to create awareness. Please follow the link below to view our full disclosure outlining our compensation: http://www.cannabisfn.com/legal-disclaimer/

To view the source version of this press release, please visit https://www.newsfilecorp.com/release/48563

Sign up to receive news releases by email for CFN Media Group or all companies belonging to the Cannabis, Multimedia/Internet/Online Services industries.