Tallinn, Estonia--(Newsfile Corp. - January 4, 2022) - Dark Frontiers sells out all lower tier NFT spacesuits in under 20 minutes. Intrepid crypto-nauts wasted no time in getting their own unique virtual spacesuits when Dark Frontiers highly anticipated NFT release went live. Available exclusively from Binance NFT, one of the leading NFT markets, these limited-edition spacesuits will play a crucial role in $DARK's deep space exploration game. All fixed price tier 2 and tier 3 spacesuits sold out minutes after the launch.

"We're stoked that the launch went so well. We knew from the buzz in the community to expect fireworks when we lit the fuse, but selling out both the Alpha and Beta Tiers in under 20 minutes, well that was quick. We know that we set a very high bar for this game in terms of quality, and we can't wait for the community to experience it all first hand! The state-of-art, soundtrack, art direction and storyline will reflect our motto, gameplay first and blockchain second. As for the spacesuits, you literally can't survive without one and some of the limited edition suits on offer have serious power ups for the players. The right suit will protect you from attacks, help you move faster and perhaps most important of all will give you a serious advantage in this P2E game. And best of all, you can still bid on a T1 Gamma suit." Sylvia Savi, CMO and Co-founder of Gamestarter (Dark Frontiers is a Gamestarter Original).

The Dark Frontiers universe is vast and having a reliable suit is the best way to explore it. Obviously, there's no oxygen in space and of course it's freezing, so choosing the right suit is likely to make the difference between life and death in the game's metaverse.

Check out the cinematic game trailer and gameplay livestream here.

Features of the NFT suits vary, but they can have any of the following attributes:

In the collection, there are only 3500 NFT spacesuits to get players' hands on and these are broken down into three tiers of rarity.

Gamma is the rarest suit and ironically the only tier not to sell out minutes after the collection launched. 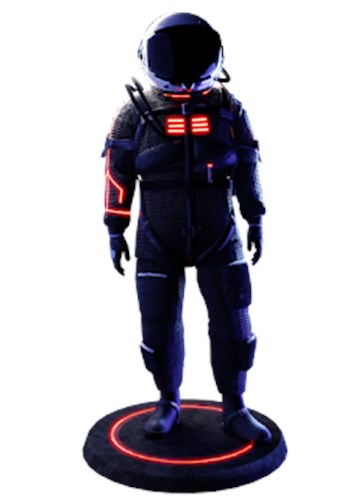 Beta suits are a close second to Gamma suits in the Dark Frontier's game world and like the Alphas, they sold out in minutes. 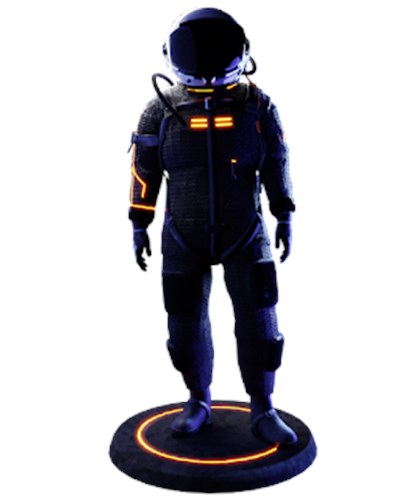 The Alpha suit is a good allrounder and well suited to space exploration, which is likely why they sold out so fast. 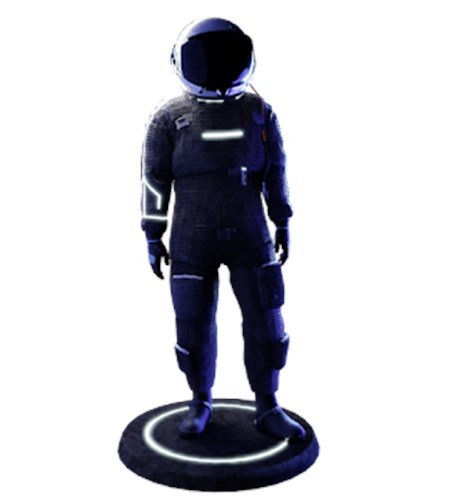 What is Dark Frontiers?

"Dark Frontiers" is the latest thing in gamified space exploration. It's the first game by Gamestarter Originals.

In the Dark Frontiers Metaverse, players will use their own NFTs to upgrade and pilot their own spaceships, conquer new worlds, forge alliances, build worlds, and fight for intergalactic dominance in a vast open world.

Dark Frontiers hopes to drive mainstream adoption of NFTs, DeFi, and Gamefi by improving the usability of NFTs through staking, resource ownership, and by creating actual value for virtual assets.

The $DARK token, the in, and out of, game currency in Dark Frontiers presents unrivalled opportunities. Serious players could dominate vast tracts of the universe, by owning moons and planets. They can even earn $DARK interest on their digital land and of course they'll be free to buy, sell, and trade on the free market. The token can also be staked, but players can also buy and upgrade their spaceships using $DARK. Beware though, there are others out there too with the same diabolical plans, namely controlling the galaxy.

To view the source version of this press release, please visit https://www.newsfilecorp.com/release/109018