Hanoi, Vietnam--(Newsfile Corp. - November 6, 2021) - Mech Master, the popular play to earn gaming NFT project, has successfully completed its Initial DEX Offering on Gamefi and Redkite. The native token of the project was also listed on PancakeSwap leading to a massive 26X surge from its IDO price. $MECH token touched an all-time high of $1.07 giving over 42X returns to early participants and proving what NFT pundits have been calling all along, Mech Master is a game-changer. Mech Master has also locked BNB-MECH Liquidity Provider for six months using the TrustSwap liquidity locking tool. 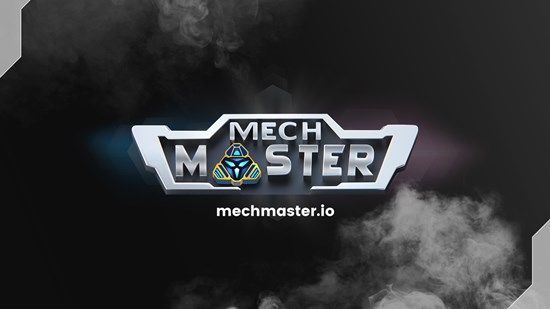 Out of the 70,000 whitelist applications, only 3,000 whitelisted wallets participated in the IDO/IGO which contributed a total of $492,960. The whitelisted participants got their returns multiplied several fold as the $MECH token surged beyond anyone's expectation. Mech Master is currently just past its IDO phase and it is already making headlines in the NFT world because of its innovative gameplay and its presence is going to be felt in the mainstream as it has already been listed on Coinmarketcap and Coingecko.

Mech Master Gears up for an Eventful Month Ahead

Mech Master, the first-ever complex 3D rendering character Blockchain game with stunning and brilliant graphics and the one-of-a-kind experience. It brings true meaning to the metaverse as well, given that AR components can be integrated and used to take it to the next level. After the successful IDO as well as audit, the Mech Master ecosystem is set for a series of launches and new feature introduction that is only going to make it more valuable in the P2E arena.

The biggest upcoming and much-awaited launch would be of the Mech Master NFT marketplace, which would allow NFT holders to buy, sell, trade and stake their NFTs to gain more of the native token $Mech. The marketplace would open new avenues for players and traders alike, making it the epicentre of the ecosystem. The token staking would make way for passive income on the Mech platform that would attract more users. With progress in the ecosystem, the Mech token would also find its way on more exchanges and DEX gaining more trade exposure.

NFT Mecha Boxes are all premium, and moreover, it gives a chance to get limited-time special pricing, lower than the actual price when the game launched. The NFT box opening would be a crucial event that would give an early push for users to get their hands on rare NFTs at cheaper than market price. Looking at how Mech token has performed since listing, these NFTs could also become a way for holders to make some handsome profits.

$MECH token is now available on Trust Wallet. The support from Trust Wallet is a big milestone for MechMaster, as it opens an important adoption gateway for existing supporters to add $MECH to their holdings.

What to Look Forward From MechMaster?

The platform has already proven to be a success despite being relatively new. The reason for such surge in popularity could be attributed to the amazing gameplay and focus on making the best of video gaming and crypto. The project has everything to make it to the second level of the NFT market post the regulation era, which only a few would survive.

Mech Master will be a full 3D game at launch. Each character, any scene, game effect and moon base are all rendered in 3D. Initially, all of these 3D characters were designed in 2D first, and then they have been rendered in 3D. Mech Master's mechas, pilots, equipment are already in the pipeline in 2021. The Mech Master team is merging the virtual and real world with Augmented Reality technology to excel players' imagination to the new stages. In the next quarter, it will spring with AR application in the game, where players can complete tasks and quests around their immediate physical environment leading to a collective rise in adoption and awareness.

MechMaster being a sci-fi blockchain game enables its players to join the battles and enjoy Mech Master tokens (MECH) as rewards from victory. MECH holders can use their tokens to stake attractive annual percentage rates, play the game, and participate in crucial governance votes. Players will also earn $MECH tokens when competing in various in-game activities and events within the Mech Master universe. $MECH tokens can be used to farm and rent NFTs and other collectibles. Besides practising all these by themselves, players can hire others to upgrade their NFTs and monetize from NFTs upgraded.

To view the source version of this press release, please visit https://www.newsfilecorp.com/release/102287