Cape Coral, Florida--(Newsfile Corp. - October 28, 2021) - The PawnMyNFT team has evaluated the market of NFT's and has devised a system that will benefit everybody through NFT collateralization- which is a mechanism that uses the platform and the smart contract to support the lending on NFT's. This innovative platform will be designed and developed by the team for everyday crypto investors and art patrons alike. The PawnMyNFT team has identified the need for the evolution of the NFT-marketplace in an industry that has seen a significant flux in volume in recent years. 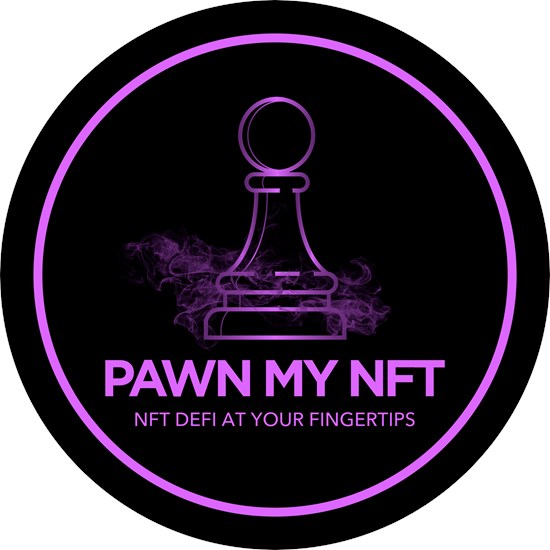 The PawnMyNFT team has identified the gap in the market with other NFT vendors and have adapted a system that can suit everybody, if the investor cannot afford the NFT then they will be able to purchase it through a loan provided by the platform which will give ownership to the buyer but will lock the NFT with the smart contract function until the debt is paid. The NFT will only be locked for a certain duration which will be more detailed in the terms and conditions on the official platform when it goes live, but if the debt is not paid within the duration limit then ownership of the NFT will be reverted back to the vendor. Once the payment is processed from the loan within the limit, the NFT will be unlocked and airdropped to the buyers' wallet but will remain visible and can be auctioned on the platform. Not only is the project very unique but the team associated with this project has vast experience in the crypto space and fully intends to exploit the gap for the PawnMyNFT system on the market.

The community is growing daily, the hype is building and more importantly the investors become better informed about the platform and project true potential with every passing day from the consistent communication on display from the team. Transparency remains a constant priority for the PawnMyNFT team. Innovation, dedication, and connections distinguish this team from other projects on the BSC network.

PawnMyNFT token will launch on the BSC network via PancakeSwap on the 3rd of November. The token launch is a highly anticipated date as this stellar team tends to deliver on the stature of the whole project. The private presale for the token was a resounding success, with the community and team as excited as ever to build the hype and sustain the momentum for the long run, the team has worked tirelessly to line up adequate partnerships to establish the growth and popularity of the platform.

The team understands the true potential of the BSC and wants to establish themselves as a mainstay, household name within the network. The presale information with regards to the starting market cap, presale soft and hard caps with other anti-bot and anti snipe measures will all be disclosed closer to launch.

The max contribution per person will be 3 BNB with the minimum being 0.1 BNB and it will be a fully whitelisted event hosted on PinkSale which is sure to fill in seconds that is why finding out about such a great project right now is the perfect timing, this is the type of project for which veteran crypto investors will be kicking themselves if they didn't get in early. This is why the team are aggressive in their marketing approach thus far and it won't ever stop, this team is devoted to making this project a huge success, nobody can question their commitment to this project thus far and it is a very exciting time for the potential investors in PawnMyNFT.

The roadmap for PawnMyNFT is detailed, the team has devised a plan which will inevitably lead to the tremendous success of the entire project, from the early glimpses of the team in action it is predictable that this team will deliver in, short, medium and long term. For the time being, the team has launched a temporary website which is for the potential investors to have some information about the project. The roadmap is outlined to initiate a website upgrade in the very early stages, in line with the platform itself. The platform has a vast amount of unique functions, the plan for PawnMyNFT is to essentially become a social hub with grading tiers for NFT's through an upvote system.

The PawnMyNFT team has targeted the NFT market with a business-savvy mindset, they have identified the need for change and are dedicated to making that a reality through the vision of their project. Although the utility is the focal point of the project the team is also well aware of the demanding market they are venturing into. The roadmap also outlines the goals for marketing and exposure to the project, in the early stages of the roadmap the team is confident about listing on websites such as Coin Gecko and Coin Market Cap to further validate the prestige of the project with CEX listings on the table at a later expectancy. The team is also exploring various marketing strategies and partnerships to solidify PawnMyNFT as a brand, which can be recognized globally.

The ever-expanding NFT market changes every day and with that change and development, the sheer volume within the industry is staggering, The NFT market has seen a huge surge in volume since the beginning of 2021. The $10.3 billion recorded since the start of the year is a mind-blowing statistic considering there has never been such a demand for NFT's. It is because of this increasing popularity that the PawnMyNFT team believes this is the perfect opportunity to become the pioneers of a platform of this kind. Not only will users be able to purchase NFT's from multiple blockchains but if they cannot afford them they can still loan the amount required from the platform and claim the NFT they want.

This is an opportunity for true connoisseurs of NFT's to have more flexibility to make purchases with an incentive to pay back the loan to claim their NFT. If that wasn't enough the PawnMyNFT team wants to become an outlet for the most promising NFT projects through their advertising, upvoting, and rarity checking systems. This team has thought of everything missing with standard NFT platforms and has thought of the structure to implement the changes through PawnMyNFT.

The team understands that standard and quality are essential to the growth of great projects, which is why the team is calculated and very patient with their approach. The team expects a fully functional platform by Christmas with plenty of updates and upgrades along the way. This team is elaborate with planning and very focused on the task at hand. The team is well versed and will provide the means to make this project a huge success, they are intending to change the mentality and dynamic of BSC investors by providing a user-friendly, first-of-its-kind NFT platform. PawnMyNFT allows accessibility to everyday investors of premium NFT's through their unique system. It has the potential to be an incredible project and it has the team backing it to make it become a reality.

To view the source version of this press release, please visit https://www.newsfilecorp.com/release/101136