Recently it was announced that ebbu's Director of Research, Robert Roscow, M.A., would leave a cannabis industry conglomerate to become the Chief Science Officer of the leading psychedelic startup Mydecine Innovations Group Inc. (CSE: MYCO) (OTC Pink: MYCOF) (FSE: 0NFA). Though the coming and going of executives is commonplace in the corporate world, this latest personnel shakeup has investors buzzing with excitement. Here's why:

Before they grew into a multi-billion-dollar juggernaut (and the largest cannabis company in the world) Canopy Growth Corp. started as just another obscure Canadian microcap stock. A key contributing factor to Canopy's explosive growth was its CAD$429 million acquisition of ebbu LLC. After the announcement of the ebbu acquisition, Canopy's stock price value reached its highest point in the company's history.

Now Roscow is now helping Mydecine build an ecosystem of resources targeted at unlocking the potential of fungi for human wellness.

The Importance of Genetics 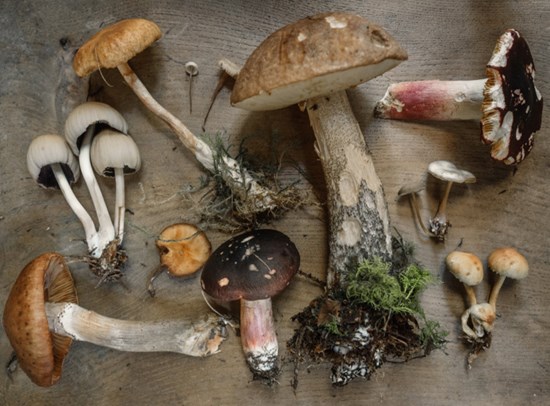 First, identifying psilocybin mushrooms can be difficult for people not trained in mycology. Second, even properly identified mushrooms can vary in terms of the concentrations of active molecules present. Formulating precise quantities of pure psilocybin and/or derivatives into capsules, tablets, pills, or liquid forms would eliminate unnecessary problems arising from eating mushrooms.

Even in the most potent psychoactive mushrooms, psilocybin is only 1-2% of the total mass. This means that as much as 99% of that mushroom is composed of other compounds. While many of those compounds may have zero therapeutic value, some of them are pharmacologically active - either taken alone or in synergy with known psilocybin derivatives.

Psychedelic mushrooms contain a cocktail of compounds, some of which cause psychotropic effects in humans. Some of the known active compounds in "magic" mushrooms are psilocybin, psilocin, norpsilocin, baeocystin, norbaeocystin, and aeruginascin.

The process of creating new psychedelic medicines involves analyzing existing literature and designing new analogs-or structures that are similar to another compound. For instance, researchers may look at how psilocybin targets receptors in the brain and develop other structures designed to also target the same receptors to produce a specific effect.

The GW Pharmaceuticals of Psychedelics

In the multi billion-dollar arms race that is within the pharmaceutical industry, researchers are always on the hunt for novel therapeutic applications. Even one application can be worth billions of dollars alone. Case in Point: GW Pharmaceuticals.

The London-based pharmaceutical company makes Epidiolex, the world's only cannabinoid-based FDA approved drug. Since the U.S. Food Administration approved Epidiolex for use in 2018, the company's quarterly revenue has skyrocketed from around $7 million to more than $120 million, the vast majority of which ($116.1 million) comes from Epidiolex sales.

Like GW Pharmaceuticals in the cannabinoid market, Mydecine Innovations Group Inc. has a considerable head start in the development of psychedelic medicines and therapeutic solutions and has already begun research and development efforts in the mycology space. 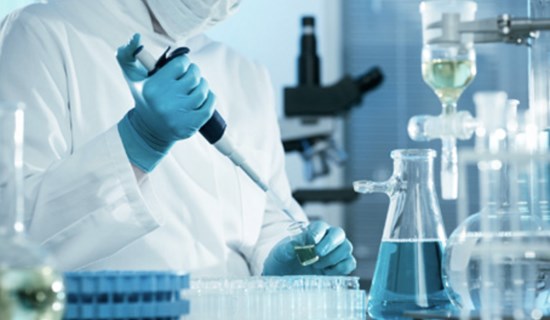 As CSO, Roscow now oversees research initiatives at Mydecine's state-of-the-art laboratory in Denver, Colorado. This includes the study, selection, and cultivation of valuable, rare and exotic fungi, as well as the incorporation of top-tier analytical chemistry, molecular biology, next-gen sequencing, and tissue culture.

"The diversity of medical potential in fungal compounds is astounding, the synergy of this knowledge with cutting edge research and production presents a remarkable opportunity for advances in both pointed treatment of serious conditions as well as general wellness," said Roscow.

Ongoing research indicates that the chemical compound psilocybin is useful for treating mood disorders, including depression, anxiety, compulsive disorders, addiction, and PTSD. However, there are many more compounds in fungi that offer an opportunity for many more discoveries.

The true vast potential in fungi is still unknown, as more research is still needed to fully bring all of its benefits into the mainstream market. As they have in the past, Roscow and his team have the capabilities to do the necessary research and make significant new discoveries to create more highly valuable intellectual property, and Mydecine stands poised to reap the benefits.

To view the source version of this press release, please visit https://www.newsfilecorp.com/release/60658

Sign up to receive news releases by email for CFN Enterprises Inc. or all companies belonging to the Cannabis Ancillary Service Provider, Multimedia/Internet/Online Services, Cannabis industries.