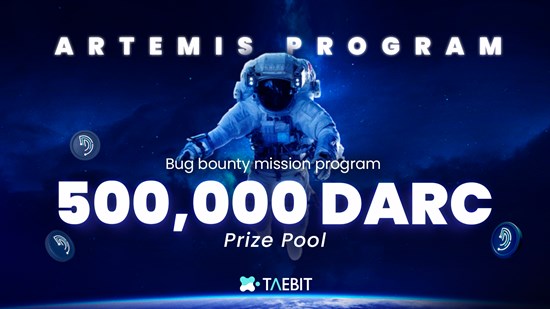 TAEBIT is built for the next generation of Forex markets, allowing traders to swap and trade spot and futures on the world's first decentralized FX stablecoin market. The platform is the first in its kind as a Forex and non-custodial DEX built on the Solana blockchain.

The current crypto and Forex market is segregated and does not give the trading community an opportunity to trade in denominations that are more relevant and represent real-life exposure. However, TAEBIT aims to address this problem by providing censorship-resistance, offering deep liquidity, and minimizing slippage using a newly advanced AMM, Inter Stable Swap.

Through the beta testing and bug bounty period, the TAEBIT development team welcomes feedback from participants interested in developing decentralized finance solutions, focusing on capital markets. The bug bounty program will mitigate any future risk to the TAEBIT platform and improve the overall user experience. The bug bounty campaign was launched to stress-test the TAEBIT system before the public launch in early Q4 2022 and to provide Konstellation Network community developers with a chance to be among the first in the trading and developer community to preview TAEBIT.

At the public launch, TAEBIT's users can swap and trade pUSD, pEUR, and pKRW currency stablecoins. Users can fully benefit from low slippage for trading high volume and minimal transaction fees as well.

TAEBIT is the forex DEX project under Konstellation Network, the blockchain protocol built on Cosmos SDK to create a global infrastructure for the future of decentralized capital markets. It is also incidentally the first Solana-based project in the Konstellation ecosystem.

The vision is to become the first DeFi ecosystem where stablecoins denominated in any potential fiat currency can be minted and traded (spot and future) in a censorship-resistant, permissionless, stable, and efficient platform with no barriers to entry, minimal fees, low slippage, and deep liquidity.

To learn more about TAEBIT, visit:

To view the source version of this press release, please visit https://www.newsfilecorp.com/release/137270