Manila, Philippines--(Newsfile Corp. - November 18, 2021) - Poised for expansion in the immediate future, the online racing game Outrace now has caught the fancy of the players as they can earn good rewards from it. It is, thus, interesting as well as rewarding. 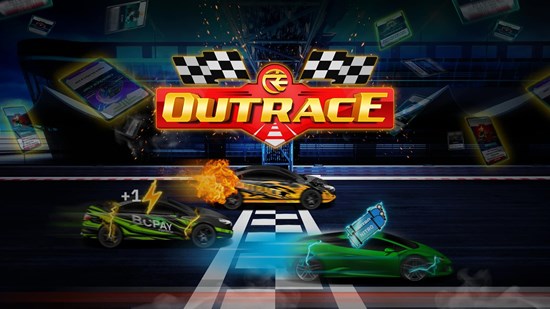 Outrace ($ORE), inspired by the popularity of online racing games, now has the NFTs and Blockchain technology incorporated in it. It becomes more thrilling as the gamers have to race against the AI's. On being successful, they earn rewards.

According to Fred Bruno, the CEO and Founder of Outrace, the company now has emerged as a very prominent name in-car gaming. Different cars have been made available with varying stats and abilities for the racers that suit their racing style and desire to become a champion.

The new racing games have been developed by the same team as BCPAY FINTECH $BCPAY (formerly Bitcashpay $BCP), both $BCPAY and $ORE tokens can be used in the game, Fred Bruno said $BCPAY can be used to buy car accessories and $ORE can be used in expanding the gamer's garage.

The winning races are entitled to get a reward on the racer's $ORE token. A player can begin the Outrace play by first deciding to be a Crew Leader or a Crew Racer. To be a Crew Leader, however, the gamer must have a garage as, without it, the gamer cannot buy a car. Subsequently, the player cannot start a race.

Another practical reason is that if the Crew Leader has more slots in the garage, a greater number of the more Racers can participate in the racing contract.

Outrace players can participate in 3 different game modes which are:

1. Conqueror Mode: Player has the option to race against AI on Pearl Island. The winners in the Conqueror Mode can get a reward with $ORE. 200 courses to race on.

2. Sprint Race Mode: This permits races of more than 2 people.

3. Pink Slip Race: This is the only game playable by only the Crew Leaders.

Outrace racing game has also integrated some rules related to how racing actually works. It now has such mechanics that includes Mileage Limits, Car Styles, Stat Blocks, Visual Kits, and Adrenaline Boost Cards. Cars can initially be bought and sold in the marketplace with Binance Token $BNB, until the car factory is released.

$BCPAY and $ORE tokens will be used to manufacture cars. It is similar to the Breeding function in Axie Infinity.

Outrace will be launching on Binance Smart Chain. Subsequently, there should not be any worries about high fees when trading NFTs.

Some of the ambitious corporate plans of Outrace in 2022 would be to create manufacturing set up and garage rentals in the 1st Quarter, marketplace and garage revamp and up-gradation in the 2nd Quarter, UI Design upgrade, and community assessment in the 3rd Quarter and expansion in the 4th Quarter.

As far as 2021 is concerned, Outrace will conduct its Public Sale in Trustpad and Sparkpoint (stay tuned for the launch date) followed by the listing on Apeswap.Finance. The official announcements by Outrace in this regard will be flashed on Telegram and Twitter.

Not much time is left for the exciting official announcements.

The beta phase is expected to be released before the end of 2021 with more information being released after the Public Sale. The excitement is high within the $ORE community to get their hands behind the wheel, and the team is doing all they can to get it done.

Besides, 3 different game modes which are Conqueror (solo player), Sprint Race (multiplayer versus), and Pink Slip (1v1 with your cars on the line) will also be the next developments of Outrace. The racing game will also be equipped with eye-catching art and graphics with action-packed PvP integration.

To the top of this, Beta will also go live before the end of the year. To ensure that the regular and constant buy pressure for the $ORE token is weathered, there would also be the manufacturing of cars in the future.

To facilitate the gamers, 40% of all supplies of tokens will be given to them to play uninterrupted. Provisions have also been made for the Garage Owners who can create a team and earn a percentage of their racers' income. Here, the gamers stand to benefit in a major way.

Outrace, thus, is poised to take a giant leap forward. To make this giant leap, Outrace has streamlined all its functionalities with a host of additional benefits. This will make the racing game much more exciting and engrossing widening scopes to gamers to show their racing talents and win rewards.

Outrace is opening up new vistas of thrill for the racers. At the same time, it also provides several benefits to the Garage Owners. In other words, the importance of Garage Owners has been well-kept within the sight of the Outrace management.

Thus, the year 2022 will find Outrace simply irresistible to race gamers with new benefits packages as far as tokens are concerned.

To view the source version of this press release, please visit https://www.newsfilecorp.com/release/104078

Sign up to receive news releases by email for Ankit or all companies belonging to the Banking/Financial Services industry.