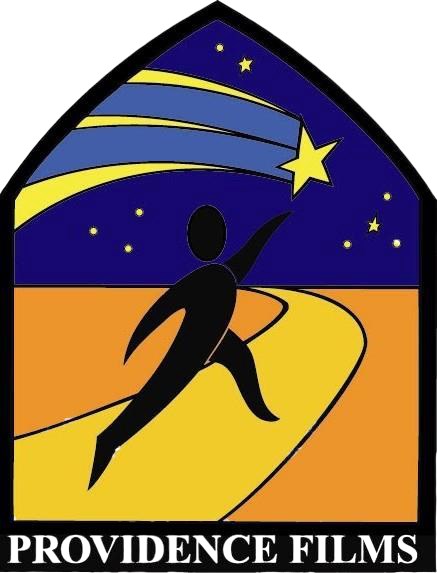 EB5AN will act as the regional center. They will provide consulting services and document preparation services in connection with the I-526 Application process for investors and, in particular, will review, revise, and prepare the relevant business plans and economic reports required in connection with the official EB-5 application. The complete Project Documentation I-526 Application package will be completed within eight weeks of signing, and also after receipt of the required Project information from PFG.

The EB-5 program is regional in its nature, requiring its funding be invested into specific areas within the USA. The two prominent studio facilities chosen by PFG, the L.A. Center Studios in downtown Los Angeles ("The X Files", "Mad Men", "American Crime Story", "Mr. and Mrs. Smith","T3", "MI-2"), and the L.A. Castle Studios in Burbank, California ("The Mummy", "Greenland", "Bosch", "Deadliest Catch"), fulfill this area requirement. It is foreseen that the PFG slate will be based around one or both of these studio facilities.

The EB-5 program is a U.S. Visa program designed to allow foreign investors to gain permanent residence into the United States. It requires a minimum investment of $900,000 (if investing in a targeted employment area, or TEA) or $1,800,000 (if investing in a non-TEA) to finance a business in the United States which will employ at least ten American workers. The EB-5 program is intended to encourage both "foreign investment and economic growth."

Providence Film Group's parent company, Valiant Eagle Inc., is utilizing the consultancy services of the EB5AN to ensure all appropriate EB-5 information, resources and documentation is adequately tailored to the EB-5 program's specific needs. With EB-5 investments in place, Providence Film Group will have funding for the many different projects within the company.

Providence will fund and produce productions in targeted employment areas located in Los Angeles County. In the past decade, a significant amount of California-based productions have "run away" to other states, or to Canada, where there are greater finance incentives, including film tax credits, that California historically has not offered. Operating as a financing incentive to keep these "runaway productions" in Los Angeles and to help create jobs in the United States, the EB-5 loan will create and preserve important film production jobs in the region.

Xavier Mitchell, the CEO of Providence Film Group, says, "Our company is very excited to receive the EB-5 investment. We've worked for years to secure this deal. Providence Film Group has some great projects underway, and this investment will help bring our projects to life. We easily anticipate our project slate will generate in excess of $200M in revenue. The number of jobs we will create cannot be understated. With COVID-19 having such a disastrous impact on employment in Hollywood, we are confident the production climate will greatly benefit from our efforts."

Providence Film Group is not the first film production company to use EB-5 investments for its projects. In the past, and among other companies, Time Warner borrowed $47.5 million, $100 million, and $125 million in EB-5 funds in three separate offerings. Lions Gate Studios borrowed $66 million and $50 million in two different offerings, and Sony was provided $125 million to underwrite its movie and TV productions (https://dlgimmigration.com/eb-5-film-fund/).

In addition to EB-5 funding, Valiant Eagle, Inc. is also working with EB5AN to establish its own EB-5 Regional Center. EB-5 Regional Centers are designated and approved by the United States Citizenship and Immigration Services (USCIS), and are the country's official USCIS clearing houses for all EB-5 investments in their respective regions. Owning a regional center will give Valiant Eagle Inc. the autonomy to formulate and execute its own officially sanctioned EB-5 investment proposals within its specific geographic region including acquisitions, such as movie theaters, that are synergistic to its business model. Mitchell goes on to say, "The opening of our regional center now allows us to build our own mini major film production studio which will consist of sound-stages, a mixed-use residential building, and a multipurpose smart arena. Further, it also catapults us into the world of production finance as well. We will fund 5-10 productions outside of our umbrella and also co-finance studio projects."

Providence Film Group's involvement with the EB-5 visa program will bring great financial resources to the company and the projects it produces.

Updates will be forthcoming.

This press release contains forward-looking information within the meaning of section 27A of the Securities Act of 1933 and section 21E of the Securities Exchange Act of 1934 and is subject to the safe harbor created by those sections. This material contains statements about expected future events and/or financial results that are forward-looking in nature and subject to risks and uncertainties. That includes the possibility that the business outlined in this press release cannot be concluded for some reason. That could be as a result of technical, installation, permitting or other problems that were not anticipated. Such forward-looking statements by definition involve risks, uncertainties and other factors, which may cause the actual results, performance or achievements of Valiant Eagle, Inc. to be materially different from the statements made herein. Except for any obligation under the U.S. federal securities laws, Valiant Eagle, Inc. undertakes no obligation to publicly update any forward-looking statement as a result of new information, future events or otherwise.

Valiant Eagle, Inc. (OTC Pink: PSRU) is a publicly-traded corporation focused on the energizing of celebrity entertainment, social media and TV communications. VE aims to achieve an unparalleled advancement towards media through music, sports and, with respect to the millennial generation, through technology. Technology is an important part of our life especially in the last century more than ever. With benefits such as speed, accuracy, unlimited information and more, the internet has provided various means of communicating without delay nor difficulty. However, a level of consumer satisfaction has yet to be reached. Valiant Eagle, Inc. looks to fill this void.

To view the source version of this press release, please visit https://www.newsfilecorp.com/release/80842

Sign up to receive news releases by email for Valiant Eagle Inc. or all companies belonging to the Entertainment, Multimedia/Internet/Online Services industries.