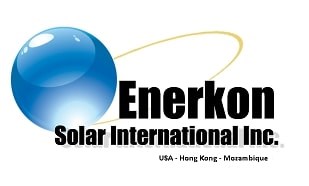 ENKS Chairman Mr. Ballout Stated that the company Nominated a New Scientific Committee and Board Members this week, and had Agreed to sell its East Africa Division to AL FADA Equity Holdings in UK as well as making new pronouncements on document and information uploads to the company website, supplemental filings to the DOJ FARA National Security Division of the USG, and issued statements on Fake News Articles or Net Chatter related to the current Geopolitical Tensions in the Eastern European region - sometimes spreading disinformation and the company has filed a complaint to authorities last week regarding some Journalists associated with alleged Ukraine Opposition groups funded by Russian Supporters of Disinformation, this complaint was distributed to the Diplomatic missions , the Law Enforcement authorities and other in both Washington DC and Kiev Ukraine - as the company has a zero tolerance policy for fake news, disinformation short bashing programs other illegitimate behavior becoming more popular in this modern era of global connectivity.

"The company has appointed 7 New Board Members or Advisory posts including the new Scientific Committee established this week to support New technologies - Patent Commercialization and our work in new Green Energy Technology Space this year."

The Biographies of new Board Members and Company Advisers nominated for new positions with ENKS will be included in the company website for Shareholders, Investors and the General Public during the coming week.

As stated Before, ENKS is comprised of 7 Companies, including corporate wholly or majority owned divisions - Corporate information for each will be posted on the company website for ease of search as some shareholders or investors have mentioned it was difficult to locate some of the data online, causing the possibility for others posting wrong or misleading information online - knowingly - or otherwise, therefore, we shall post additional legal documents and status information on line for all to review and take into consideration.

Mr. Ballout States Again, that the company is proud of its commercial relationship with companies and government personalities in Ukraine and are very positive on the development of the mutual cooperation while the company rejects any negative journalism related to geopolitical tensions in the region or the US Ukraine relations which are not our business but the business between the governments whereas our interaction is 100% Commercial with no political activities whatsoever.

"During the Previous US Administration, the Press reported Heavily on Ukraine in a politicized manner and today, in this new administration, we find a more balanced approach and more legitimate journalism here at home, while there remain detractors in the Eastern European Region, (against east west cooperation) for which we absolutely reject and insist that journalists must be only, ethical and accurate as to facts in their reporting, or coverage of such issues"

"A supplementary and expanded explanation, of the commercial relationship support for Ukraine, was registered again, on the US DOJ FARA Administration Site under the Division of National Security previously mentioned "

In other news ENKS received a Letter Drafted by Sheik Yaqob Sibindy President of the Extra-Parliamentary Block, PIMO - as a reference for the Government of Ukraine supporting our Utility Scale Activities In East Africa (Mozambique) - he further states his satisfaction of the companies activities over the last years from 2017 and related the Government entities who awarded the first project to the company during that time. Copies of this letter and previous letters from the President of Mozambique to Mr. Benjamin Ballout - and Letters from the Ministry or Energy and Public Utilities including after the award during that time and updated information on the company website during the coming days.

Regarding FAKE NEWS, associated with the publication, or disclosure, of the communications and interaction with Ukraine Commercial and Official personalities, ENKS again, Absolutely state that ALL of our pronouncements have always been clear and correct and factual at all times and in particular as it relates to any public disclosures and we reject all Fake news, supporting Geopolitical Games in Eastern Europe attempt to throw cold water on our great opportunities and interaction with Ukraine and their interest to attempt to damage the New Government of the Ukraine "

A technical call is also being scheduled with the new ChNPP director regarding the Chernobyl Special Exclusion Zone technical points and contents of this call which will be video recorded will explain better to the general public what Solar, Co-Generation is (the use of Solar Power (about 500 MW or less to Power Electric Steam Boilers which in turn are planned to supply the pressure needed to drive the 3 Turbine Electric generators on the ChNPP Site whereby each generator has a tolerance of nearly 1 Gigawatt - and further auxiliary power from the solar array will power a 50 and later a 100MW Electrolysis Driven Green Hydrogen Plant to supply buyers of Green Hydrogen. The company has already received expression of interest letters from German, Green Hydrogen Buyers and we shall pose these letter(s) on the company website in coming days as well.

Support for the Modernization of the Ukraine Metals industry will entail plans for Titanium Production and mining modernization - and Carbon Anode Sourcing for their Aluminum Industry - including Graphite Electrodes for their Steel Industry modernization plans in the future (a letter from the Vice Prime minister of Ukraine regarding our cooperation on the Titanium Industry has already been received by the company some weeks ago - expressing appreciation and explaining the many jobs and social benefits of such cooperation to future development in Ukraine.

"These Media entities (some of them), are associated with Ukraine Opposition, funded by Russia and others, that reject Nord Stream 2 - Crimea and other anomalies in the Geopolitical Atmosphere, that currently exists in Eastern Europe."

The Chairman of the ECO WORLD ALLIANCE last month, presented a Value Proposition issued by them to the attention of the President of the Ukraine - offering over USF $I Billion in financial support for social programs and other program support using their unique capacity exchange trade unit of settlement to accomplish the economic aspirations of the Ukraine Governments Financial Development Policy - and yesterday, the ECO Chairman, thanked Enerkon Solar International - Diplomatic Trade - Mr. Benjamin Ballout - Mr. Michael Vishmidt - Dr. Zayed of the AACSED and others, for assisting the introduction of the Eco World Alliance to the Ukraine Administration and Thanked the President of the Ukraine, for his Kind words, related to the 5G Project mentioned in the commercial MOU signed with parties previously including the 5G Network Project, The ChNPP Special Exclusion Zone Solar Co Generation Plant - and the Hydrogen Electrolysis Projects planned for the Ukraine this year.

ECO reply to president of Ukraine March 24, 2021 with thanks to DT ENKS and others

Today Mr. Ballout also stated that ENKS has decided to sell their Eastern Africa EPC Partner Holdings to the AL Fada Equity Holdings Ltd. Group (UK) in the amount of $38 Million USD in a Debt / Equity Swap this week and it is expected this amount, Witten down, from the companies Cost + 10% ($50M USD) project value in East Africa, will allow the company to amplify their focus on Eastern and Central Europe in the Green Energy Sector (SOLAR - Green Hydrogen - Battery Back Up Facilities and other Energy Technologies.

What is a Public Private Partnership (PPP)?

"Loyal ENKS Shareholders, are the 'ENKS ARMY', and we will always support their best interests working to enhance shareholder value and steady growth" stated Mr. Ballout.

The foregoing statements are forward looking statements, and as such, they may or may not reflect the results which could transpire in the future which should be negative or not transpire at all due to circumstances or other reasons and investors, shareholders, or others should not rely on these forward-looking statements to ascertain any value if any of ENKS or to make any investment decisions and to take note that this is not an offer to buy or sell securities or an endorsement of ENKS for investment purposes as all investment carry a risk of loss sometimes a total loss of your investment in Micro cap shares markets or any market and therefore such statements or plans should not be relied upon for any business decisions of any kind - Approval and permissions required by federal regulations may or may not be approved and if not approved may result in the loss of all value and all investments in products requiring such regulatory permissions to market and sell. These statements are made as forward-looking statements for educational purposes only in accordance with the rules and regulations which pertain to the same.

To view the source version of this press release, please visit https://www.newsfilecorp.com/release/78555

Sign up to receive news releases by email for Enerkon Solar International, Inc. or all companies belonging to the Energy, Alternative Energy industries.