New York, New York--(Newsfile Corp. - October 5, 2020) - Faruqi & Faruqi, LLP, a leading minority and certified woman-owned national securities law firm, is investigating potential claims against Peabody Energy Corporation ("Peabody" or the "Company") (NYSE: BTU) and reminds investors of the November 27, 2020 deadline to seek the role of lead plaintiff in a federal securities class action that has been filed against the Company. 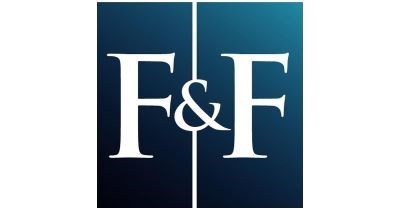 If you suffered losses exceeding $100,000 investing in Peabody stock or options between April 3, 2017 and October 28, 2019 and would like to discuss your legal rights, click here: www.faruqilaw.com/BTU. There is no cost or obligation to you.

A lawsuit has been filed in the U.S. District Court for the Southern District of New York on behalf of all those who purchased Peabody common stock between April 3, 2017 and October 28, 2019 (the "Class Period"). The case, Oklahoma Firefighters Pension and Retirement System v. Peabody Energy Corporation et al., No. 1:20-cv-08024 was filed on September 28, 2020.

The truth about the feasibility of Peabody's plan to restart operations at North Goonyella was revealed through a series of disclosures. First, on February 6, 2019, Peabody revealed that, contrary to previous statements, production at the North Goonyella mine would not resume in 2019, but was instead now targeted to begin to ramp in the early months of 2020.

Second, on May 1, 2019, Peabody reported that it had received a directive from Queensland Mines Inspectorate ("QMI") which could lead to further delays and necessitate a re-evaluation of the Company's reentry plan.

Third, on July 31, 2019, Peabody reported additional delays to the reentry of North Goonyella, explaining that QMI's requirements had resulted in a slower rate of progress than Peabody's initial plan had contemplated. As a result, Peabody suspended its 2020 production guidance at the mine and informed investors that it was reevaluating its entire reentry plan.

Fourth, on August 9, 2019, QMI released a one-page document with its preliminary investigative findings indicating that Peabody had deficient safety systems at North Goonyella and that the Company was not cooperating fully with its investigation.

Finally, on October 29, 2019, Peabody disclosed that QMI was placing strict restrictions on restarting operations at the North Goonyella mine and that as a result Peabody was forced to drastically adjust the reentry plan, ultimately announcing a three year or more delay before any meaningful coal could be produced.

Faruqi & Faruqi, LLP also encourages anyone with information regarding Peabody's conduct to contact the firm, including whistleblowers, former employees, shareholders and others.

To view the source version of this press release, please visit https://www.newsfilecorp.com/release/65186