The number of U.S. adults participating in the sharing economy is expected to grow from 44.8 million reported in 2016 to 86.5 million next year accounting for $335 billion in revenue by 2025. Subscription eCommerce has grown more than 100 percent per year since 2016.

ALYI currently has an initial $20 million electric motorcycle order and an additional letter of intent for a $30 million contract. Both agreements cover six-year durations resulting in an overall $300 million revenue opportunity for ALYI. 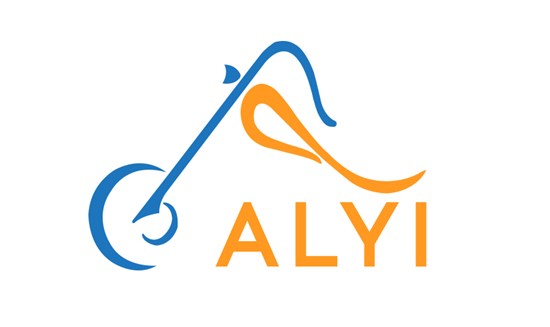 With electric vehicle market interest at an all-time high, ALYI management currently reports that it has entered into discussions for additional fleet orders that could substantially increase its current $300 million revenue opportunity doubling the current outlook and potentially seeing the outlook even higher than twice the current $300 million revenue opportunity.

Over two years ago, ALYI piloted an electric motorcycle that in its first rendition was a BMW R71 clone retrofitted with an electric motor. The BMW R71 is a breathtaking iconic image popularized through decades of frequent Hollywood screen appearances in addition to the real engineering breakthroughs that maintain the bike's relevance.

The market opportunity initially considered for the ReVolt Electric Motorcycle encompassed a target audience of clean energy enthusiasts drawn to the iconic image. While that market remains in ALYI's sites, the much larger target market opportunity involves dominating a core component of the everyday transportation sector in Africa - motorcycle taxis or Boda-bodas.

ALYI expects to be in production later this year.

For more information and to stay up to date on ALYI's latest developments, please visit: http://www.alternetsystemsinc.com.

Disclaimer/Safe Harbor: This news release contains forward-looking statements within the meaning of the Securities Litigation Reform Act. The statements reflect the Company's current views with respect to future events that involve risks and uncertainties. Among others, these risks include the expectation that any of the companies mentioned herein will achieve significant sales, the failure to meet schedule or performance requirements of the companies' contracts, the companies' liquidity position, the companies' ability to obtain new contracts, the emergence of competitors with greater financial resources and the impact of competitive pricing. In the light of these uncertainties, the forward-looking events referred to in this release might not occur.

To view the source version of this press release, please visit https://www.newsfilecorp.com/release/62119

Sign up to receive news releases by email for Alternet Systems Inc. or all companies belonging to the Technology, Auto Manufacturers, Blockchain industries.