New York, New York--(Newsfile Corp. - August 17, 2020) - Faruqi & Faruqi, LLP, a leading national securities law firm, reminds investors in Casper Sleep Inc. ("Casper" or the "Company") (NYSE: CSPR) of the August 18, 2020 deadline to seek the role of lead plaintiff in a federal securities class action that has been filed against the Company. 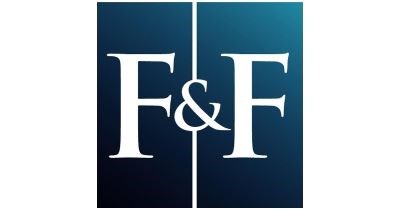 If you invested in Casper common stock in and/or traceable to the Company's February 7, 2020 initial public offering (the "IPO") and would like to discuss your legal rights, click here: www.faruqilaw.com/CSPR. There is no cost or obligation to you.

The lawsuit has been filed in the U.S. District Court for the Eastern District of New York on behalf of all those who purchased Casper common stock in/or traceable to the Company's February 7, 2020 IPO (the "Class Period"). The case, Lematta v. Casper Sleep Inc. et al., No. 20-cv-02744 was filed on June 19, 2020.

According to the lawsuit, the Company's IPO Offering Documents were negligently prepared and, as a result, contained untrue statements of material fact or omitted to state other facts necessary to make the statements made not misleading and were not prepared in accordance with the rules and regulations governing their preparation. Specifically, the lawsuit claims the Offering Documents made false and/or misleading statements and/or failed to disclose that: (1) Casper's profit margins were actually declining, rather than growing; (2) Casper was changing an important distribution partner, costing it 130 basis points of gross margin in the first quarter of 2020 alone; (3) Casper was holding a glut of old and outdated mattress inventory that it was selling at steeply discounted clearance prices, further impairing the Company's profitability; (4) Casper was suffering accelerating losses, further placing its ability to achieve positive cash flows and profitability out of reach; (5) Casper's core operations were not profitable, but were causing the Company to suffer over $40 million in negative cash flows during the first quarter of 2020 alone and doubling its quarterly net loss year over year; (6) as a result of the foregoing, Casper's ability to achieve profitability, implement its growth initiatives, and expand internationally had been misrepresented in the Offering Documents, as the Company needed to shutter its European operations, halt all international expansion, jettison over one fifth of its global corporate workforce, and significantly curtail new store openings in order to avoid an imminent cash and liquidity crisis, let alone achieve positive operating cash flows; and (7) as a result of the foregoing, Casper's revenue growth rate was not sustainable and had not positioned the Company to achieve profitability.

Faruqi & Faruqi, LLP also encourages anyone with information regarding Casper's conduct to contact the firm, including whistleblowers, former employees, shareholders and others.

To view the source version of this press release, please visit https://www.newsfilecorp.com/release/61978