Kunming, China--(Newsfile Corp. - December 3, 2019) - On Nov. 8, 2019, the Marathon and Tourism Development Summit and a national running event were held in Xichang, together with the 2019 Xichang Bohai Wetland International Marathon. During the summit, attended by hundreds of guests including government officials and leaders of sports events, the Yunnan National Sports Management Co. (YNSMC) signed a contract with the Good Doctor Pharmaceutical Group (GDPG), inaugurating the establishment of the Good Doctor Sports Technology Co. (GDSTC). Furthermore, the "56 ethnic groups join hands for a Healthy China" series of national health running events was launched, marking the new cooperation and sharing of resources between the GDPG and the YNSMC, to develop the sports industry market.​ 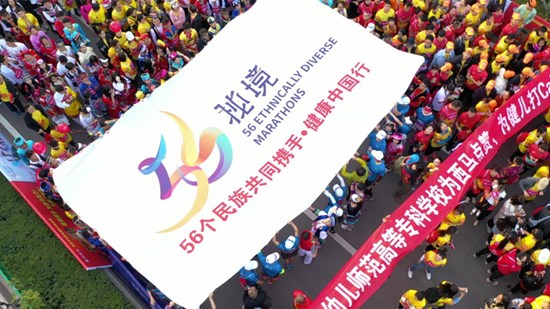 Launching a series of 56 running events in ethnically diverse Yunnan

The aim is to hold 56 national running events in as many ethnic minority regions across the country. Once held, the events will greatly enhance the visibility and influence of each host region, bring more cultural tourism resources to the public as a result, and showcase a multi-dimensional China to the world by promoting the 56 ethnic minorities.

With the promotion of policies related to the domestic sports industry, as well as the national sports and fitness boom, the development of the domestic sports industry has entered the fast lane. As the exclusive title holder of the Xichang Marathon, the GDPG announced its entry into the sports industry on the occasion of this international top-level event. This is an opportunity for developing the enterprise further, but can also be interpreted as a socially responsible enterprise, supporting the national "Healthy China" strategy through practical action.

The project, organized by the GDSTC, was initiated in January 2019. The aim is to hold 56 national running events in as many ethnic minority regions across the country, over two to four years. Once held, the events will greatly enhance the visibility and influence of each host region, bring more cultural tourism resources to the public as a result, and showcase a multi-dimensional China to the world by promoting the 56 ethnic minorities through a spirit of unity and cultural charm. A scientific survey will be conducted and professional running routes, as well as a reasonable racing schedule, will be planned, including the best spots to be presented to the public along the way.

This project follows the success of the 2018 Fairyland 100 Marathon - 100 marathons in 100 days - challenge that was aimed at actively integrating the national fitness strategy while promoting tourism in the region.​ With the unprecedented scale of this event, mass participation in healthy running activities and at the same time showcasing China's national cultures, the organization will be sure to generate positive energy.

To view the source version of this press release, please visit https://www.newsfilecorp.com/release/50336

Sign up to receive news releases by email for Yunnan Sports Management Co. Ltd. or all companies belonging to the Education industry.