Dubai, United Arab Emirates--(Newsfile Corp. - November 30, 2022) - Football World Community (FWC) fans can now buy the token through a number of different centralized and decentralized exchanges including but not limited to BitForex, PancakeSwap, Hotbit, BitMart, and more. The team also recently announced that users have the option of exchanging FWC for BNB or in any of the compatible CEX/DEX platforms. FWC is also the native token of the QATAR 2022 TOKEN project. 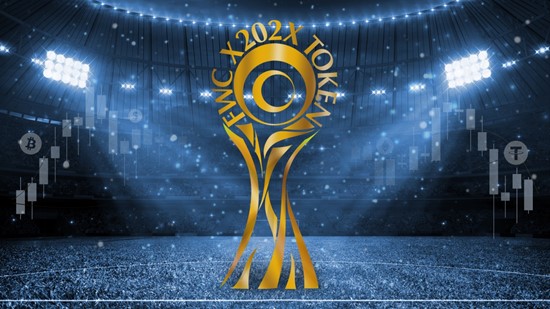 The team wants to leverage the sheer popularity of the global sport and the ongoing FIFA World Cup in Qatar to bring both football fans and crypto aficionados together. This is a project that hence aims to bring together these two worlds so that users can enter the world of 'crypto football'.

What's there to know about FWC?

The total supply of FWC tokens is 200 quadrillion (200,000,000,000,000,000) and there are no fees or taxes and it is entirely owned and operated by the community. Essentially, it is a self-staking token whose ownership was renounced and given to the community at the time of its creation. This decentralization of power has allowed FWC to thrive as a fully community-driven project with highly engaged holders and daily growth.

The FWC project, which was released on the Binance Smart Chain (BSC) network on February 10th, 2022, has been iteratively built and improved upon through volunteers within the community since its inception. Individuals from a wide range of backgrounds and expertise came together to contribute to FWC's growth, including but not limited to graphic designers, writers, web developers, influencers, marketers, data analysts, translators, and many others who wish to turn FWC into an inspiring model of community-driven success.

What has FWC accomplished thus far and what are its future goals?

Ever since its launch, the project has since evolved into a unique social experiment in which the investors are assimilated into the project on both a community and developmental level. As such, FWC looks to do its part to contribute to this progressive, exciting age of the 'Social Blockchain', with considerable progress made by its community in a relatively short period of time.

Furthermore, in order to achieve a better collective customer experience, the team is currently integrating different blockchain and NFT technologies. The platform is also built on the BSC as aforementioned, which helps maintain digital assets' authenticity, traceability, and immutability. To aid transactions, it also has a dynamic user interface as well as a fully customizable API. Moreover, as FWC Token is a BEP-20 token used to purchase club tickets, book hotels, use various related services, place bets, and participate in lotteries, its usage is primarily determined by users' personal preferences.

The team also plans to rename this token 'X 2026 TOKEN' (COUNTRY 2026 TOKEN V2) and connect it to new football technology by the end of December, 2022. This new token will be used in football technology such as robots, AVR, and others. After December, the new version of the token will be available with access to cutting-edge technology for the next four years. Detailed information about the platform's future goals can also be found via the official roadmap.

With an innate desire to bring the exciting worlds of football and crypto together, the FWC team realized the vast potential that lay in a platform specifically designed to cater to these two specific industries. The team also consists of qualified individuals with experience across a range of different fields including branding, development, management, and more.

FWC may hence best be understood as a digital currency platform which enables users to create virtual currencies while striving to ensure their security and safety at all times. It has already gained various influential partners such as LBank, Gino Assereto, Sofia Zamolo, CoinTiger, BitMart Research, among others.

To view the source version of this press release, please visit https://www.newsfilecorp.com/release/146198

Sign up to receive news releases by email for Blockman.Pro or all companies belonging to the Blockchain, Technology, Advertising industries.