London, United Kingdom--(Newsfile Corp. - December 1, 2022) -  World Mobile has successfully demonstrated mobile network connectivity via a low-altitude aerostat in a record-breaking remote launch. This demonstration kicks off the next phase of their hybrid mobile network expansion, which will see the deployment of aerostat balloons that have the power to digitally connect billions of people. 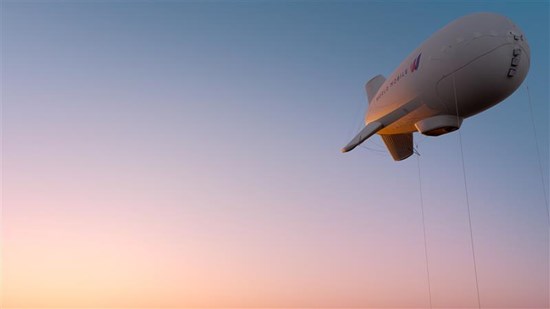 The aerostat launch took place in New Hampshire, USA, and was live-streamed over 6,000 miles to the 'Connecting The World From the Skies' event, hosted by the ITU (International Telecommunications Union) and the Communications, Space & Technology Commission (CST) of Saudi Arabia. During the demonstration, Kamal Alharbi, the General Director of Operations at the Saudi Space Commission, pressed the dispatch button for the remote launch. Once the aerostat reached optimal altitude, James Tagg from the World Mobile team in the US joined the panel in KSA via a live stream that was powered by World Mobile's network connection, directly from the aerostat.

According to ITU, around 2.7 billion people remain unconnected to the internet and thus unconnected from digital products and services that could dramatically improve their lives. World Mobile recognizes this humanitarian crisis and is building the world's first and largest blockchain-based mobile network, utilizing aerial and ground assets.

Deployed roughly 300m into the air and tethered to the ground, World Mobile aerostats are remotely controlled and provide last-mile connectivity using a custom payload. This means mobile customers can directly connect to the aerostat's payload using their smartphone in the same way they would to a traditional cell tower. The aerostats are able to offer standard cellular connectivity covering a radius of up to 70km.

"It is very exciting for somebody coming from a lighter-than-air background to see that the World Mobile business model enables aerostats to finally be used for commercial use in a way that will genuinely improve people's lives in a cost-effective way," says World Mobile's Head of Aerostat Activities, Gregory Gottlieb.

World Mobile connects the unconnected by creating a profitable ecosystem that allows people to own the hardware and share a network via blockchain-powered AirNodes and EarthNodes. The team aims to succeed in solving a problem that has attracted the attention of tech giants - starting with a commitment to invest $350 million into building telecommunications infrastructure in rural Africa. World Mobile's solution provides connectivity at a cost at least 12 times lower than traditional mobile network operators. In addition to its use of aerostats, World Mobile is preparing to distribute high-altitude assisted balloons at stratospheric altitudes of up to 20km, providing connectivity at a cost closer to 100 times lower than traditional operators.

World Mobile has deployed around 150 nodes in Zanzibar, providing internet to at least 20,000 people. The community has since been able to start businesses online and access services such as healthcare and education. Following the successful demonstration in New Hampshire, the whole island will soon benefit from blanket coverage when its first aerostat is deployed in the coming months.

World Mobile is the first mobile network built on blockchain. With over 3 billion people left offline, digital exclusion is a significant problem. Unlike traditional mobile networks, World Mobile works with local businesses and entrepreneurs, giving them the power to connect their local communities via a sharing economy. World Mobile's hybrid network utilises air and ground assets that enable aerial connectivity, such as aerostats and AirNodes, to deliver network coverage in rural areas where previously it was impossible. To learn more about World Mobile, visit https://worldmobile.io/.

Connecting from the skies is the world’s premier conference exploring space, terrestrial, and future integrated connectivity. Many respectable people from the telecommunications industry attended the event, including His Excellency Mohammed Alotaibi, Abdulrahman Alnajdi, and Kamal Alharbi, the General Director of Operation at the Saudi Space Commission, who administered the pressing of the dispatch button for the remote launch.

Whilst the aerostat was increasing in altitude, panel discussions continued between Ben Glass and George Allen from World Mobile’s partner Altaeros, Charles Barnett, Emmanuel Gratch, and Gregory Gottleib from World Mobile on the technology behind the aerostats, the mission of World Mobile, and the business models used. Once at optimal altitude for the demonstration, James Tagg and Peter Mitton, in New Hampshire, started a live video using the World Mobile Network and successfully demonstrated connectivity from the skies all the way to Riyadh, Saudi Arabia. Once the live video ended, members were reinvited to the stage to land the aerostat remotely, which concluded the demonstration.

To view the source version of this press release, please visit https://www.newsfilecorp.com/release/146197