Jackson, Wyoming--(Newsfile Corp. - September 6, 2022) - Gala Games has hired Mark Skaggs as the new SVP of Games to bring new life to Town Star as the game gets big updates and a stronger development team. 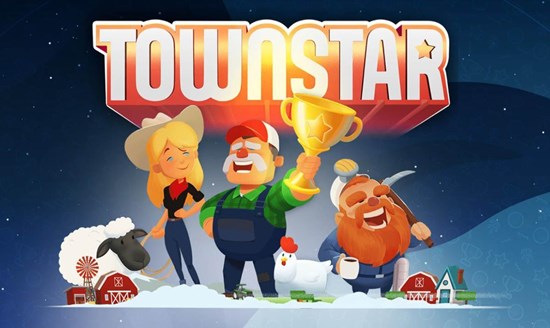 Town Star is the flagship blockchain game built by Gala Games. In this town building game launched in early 2020 with a passionate group of fans, players compete to build the most efficient town in a given time frame.

Gala Games builds AAA-quality games using blockchain technology to empower players with ownership and rewards. The company already has a wealth of professional game development experience, and the addition of Mark Skaggs as SVP of Games is a big move toward becoming the leaders of Web3 gaming.

Mark Skaggs has joined the Town Star team as the Senior Vice President of Games, leading an expanded team of engineers, economists, and designers to bring Town Star Forever to life!

An award-winning game developer known for creating the worldwide phenomena FarmVille and CityVille on Facebook, Mark Skaggs has a game career spanning 29 years, three AIAS awards, and a track record of creating games that have been played by 400+ million Facebook players, sold 16+ million copies at retail and downloaded 30+ million times on mobile.

Mark Skaggs is also known for creating mega hits including EA's best selling RTS game Command and Conquer: Generals, as well as Command and Conquer: Red Alert 2, and Lord of the Rings: Battle for Middle-Earth. After his key role in Zynga's success, including the launch of Empires & Allies mobile, Mark joined Moonfrog Labs in India to create the award winning games Baahubali: The Game and Alia Bhatt: Star Life.

Among the big changes coming to Town Star is switching game engines from PlayCanvas to Godot. This will allow Town Star to become server-authoritative.

"There's 3 approaches to this port. The first is just to translate the existing game and code to Godot. Bring all the problems with you, but on a better tech platform. The second is to only change client server architecture and then just port the code - this will help dramatically with cheating but give you exactly the same game and associated issues about the need to evolve gameplay. The third is to change client server architecture, bring the bits of code that works well, fix and update existing systems to work better while leaving room to build new systems and features in the new code base. We're doing something between 2 and 3," stated Mark Skaggs, SVP of Games - Gala Games.

"It's my belief that the best way to share what's going on with a game in development is to talk only facts and limit conjecture, or promises. Also to show only real code, not smoke and mirrors demo code," said Mark Skaggs, SVP of Games - Gala Games.

Town Star is a competitive farming game from Gala Games. Players top the leaderboard with the chance to win prizes, and complete challenges to collect Town Points. The goal of the game is to grow, gather and craft your way to building the most efficient and productive town imaginable. Learn more about Town Star at Gala.Games/Townstar.

Gala Games is building the largest decentralized network of gamers in the world. Using Web3 technology, and powered by a wealth of experience and expertise from professional gaming, Gala Games aims to empower players through asset ownership, economies built on rewards, and unprecedented AAA gaming experiences. Learn more about Gala Games at Gala.Games.

To view the source version of this press release, please visit https://www.newsfilecorp.com/release/136152

Sign up to receive news releases by email for Gala Games or all companies belonging to the Blockchain, Technology, Entertainment, Multimedia/Internet/Online Services industries.