Early commissioning positions Kamoa-Kakula to achieve upper end of 2022 copper production guidance of between 290,000 and 340,000 tonnes

First ore was introduced into the Phase 2 milling circuit on March 21, and first copper concentrate has been produced, approximately four months ahead of the original, announced development schedule. The Phase 2 concentrator plant is identical to the Phase 1 plant, with a design throughput of 475 dry tonnes per hour, or 3.8 million tonnes of ore per year. Over the last six months, the Phase 1 plant has consistently exceeded design ore throughput by approximately 10% to 15%.

Mark Farren, Kamoa Copper's CEO, commented: "We now have successfully built the first two concentrator plants ahead of schedule and on budget. Given the experience gained by our operations team during the ramp up of the Phase 1 plant, we anticipate the ramp up of the Phase 2 plant will go even smoother. In addition, since the Phase 2 plant has started earlier than planned, we now expect to achieve the upper end of our copper production guidance for 2022, which currently is estimated at between 290,000 tonnes and 340,000 tonnes of copper in concentrate."

"The entire Kamoa Copper team has done a tremendous job in getting the Phase 2 plant up and running less than 10 months after the Phase 1 plant began operations," said Mr. Friedland. "The commissioning of the Phase 2 plant is the second important step on the path to establish Kamoa-Kakula as one of the two largest copper mining complexes on our planet … with a mine life that will last for generations. Kamoa-Kakula is by far the greenest and highest-grade major copper producer in the world. As Phase 2 is handed over to our operations team, the projects team now will turn its focus to the Phase 3 expansion, which currently is scheduled to begin operations by the end of 2024.

"Global climate change is real, and we see ourselves as an integral part of the solution by providing the copper the world urgently needs for an all-electric future. Together with our joint venture partners, we are resolved to expedite future expansion phases at Kamoa-Kakula to generate profitable growth and provide long-lasting economic and social benefits for the Congolese people.

Engineering design is underway, and procurement of long-lead items has begun. Kamoa Copper expects to be in a position to increase Kamoa-Kakula's combined processing capacity to 9.2 million tonnes per annum by Q2 2023.

The successful execution of Kamoa-Kakula's Phase 1 and 2 construction projects, as well as the ongoing de-bottlenecking program, have been undertaken by the same competent owners' team alongside a combination of tier-one local and international contractors. Without this fantastic teamwork, none of these achievements would have been possible.

Kamoa Copper management would like to especially acknowledge the following partners for their intense efforts in building Phase 1 and Phase 2 in record time, while remaining on budget:

Negotiations to extend existing offtake arrangements to accommodate Phase 2 copper production are nearing completion, based on competitive arm's-length commercial terms. The Phase 2 offtake is expected to streamline and improve certain provisions from Phase 1, for the benefit of all parties.

About the Kamoa-Kakula Copper Mining Complex

A 2020 independent audit of Kamoa-Kakula's greenhouse gas intensity metrics performed by Hatch Ltd. of Mississauga, Canada, confirmed that the project will be among the world's lowest greenhouse gas emitters per unit of copper produced.

The Kamoa-Kakula Copper Project is a joint venture between Ivanhoe Mines (39.6%), Zijin Mining Group (39.6%), Crystal River Global Limited (0.8%) and the Government of the Democratic Republic of Congo (20%). 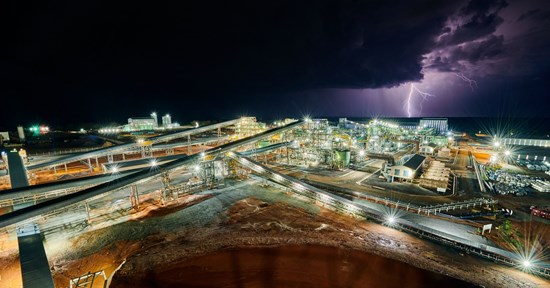 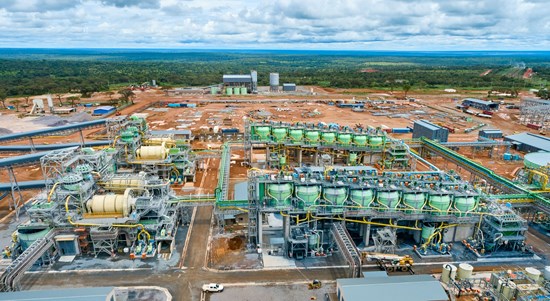 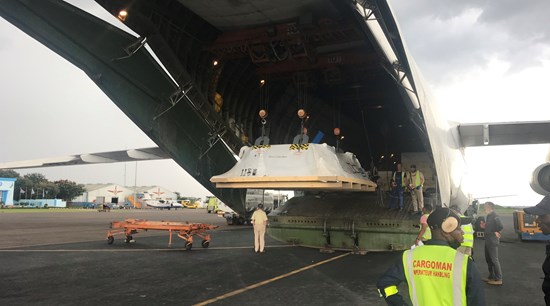 Kamoa-Kakula is the world's fastest growing major copper mine. Kamoa-Kakula began producing copper concentrates in May 2021 and, through phased expansions, is positioned to become one of the world's largest copper producers. Kamoa-Kakula is being powered by clean, renewable hydro-generated electricity and is projected to be among the world's lowest greenhouse gas emitters per unit of metal produced. Ivanhoe Mines has pledged to achieve net-zero operational greenhouse gas emissions (Scope 1 and 2) at the Kamoa-Kakula Copper Mine. Ivanhoe also is exploring for new copper discoveries on its Western Foreland exploration licences in the Democratic Republic of Congo, near the Kamoa-Kakula Project.

As well, all of the results of the Kakula definitive feasibility study, the Kakula-Kansoko pre-feasibility study and the Kamoa-Kakula preliminary economic assessment, constitute forward-looking statements or information, and include future estimates of internal rates of return, net present value, future production, estimates of cash cost, proposed mining plans and methods, mine life estimates, cash flow forecasts, metal recoveries, estimates of capital and operating costs and the size and timing of phased development of the projects. Furthermore, with respect to this specific forward-looking information concerning the development of the Kamoa-Kakula Project, the company has based its assumptions and analysis on certain factors that are inherently uncertain. Uncertainties include: (i) the adequacy of infrastructure; (ii) geological characteristics; (iii) metallurgical characteristics of the mineralization; (iv) the ability to develop adequate processing capacity; (v) the price of copper; (vi) the availability of equipment and facilities necessary to complete development; (vii) the cost of consumables and mining and processing equipment; (viii) unforeseen technological and engineering problems; (ix) accidents or acts of sabotage or terrorism; (x) currency fluctuations; (xi) changes in regulations; (xii) the compliance by joint venture partners with terms of agreements; (xiii) the availability and productivity of skilled labour; (xiv) the regulation of the mining industry by various governmental agencies; (xv) the ability to raise sufficient capital to develop such projects; (xvi) changes in project scope or design; and (xvii) political factors.

The company's actual results could differ materially from those anticipated in these forward-looking statements as a result of the factors set forth below in the "Risk Factors" section in the company's 2021 Q4 and Year-End MD&A and its current annual information form.

To view the source version of this press release, please visit https://www.newsfilecorp.com/release/117618