New York, New York--(Newsfile Corp. - March 16, 2022) - Faruqi & Faruqi, LLP, a leading national securities law firm, is investigating potential claims against Biogen, Inc. ("Biogen" or the "Company") (NASDAQ: BIIB) and reminds investors of the April 8, 2022 deadline to seek the role of lead plaintiff in a federal securities class action that has been filed against the Company. 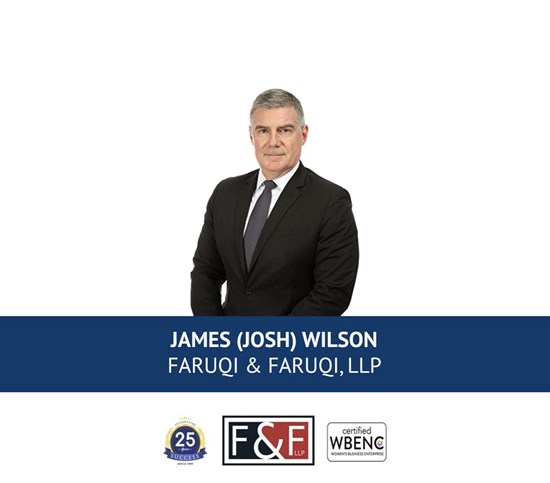 Biogen is a multinational biotechnology company well known for proprietary treatments for Multiple Sclerosis ("MS") and other chronic conditions. In March 2019, Biogen announced it was abandoning Aduhelm, its potential blockbuster drug for treating Alzheimer's disease. Contrary to this decision, a group of Biogen executives began to meet with the FDA's Director of the Office of Neuroscience in an effort to gain FDA approval for Aduhelm, the lawsuit alleges.

Six months after announcing it was abandoning Aduhelm as futile and that the drug failed to show any clinical benefit, Biogen announced it was submitting the drug for FDA approval, portraying the same supporting data as demonstrating the drug as safe and effective. Aduhelm was approved through the FDA's Accelerated Approval process for the treatment of Alzheimer's on June 7, 2021.

Shares of Biogen stock skyrocketed by over $100 per share on June 7, 2021. However, over the next six months, investors learned that Aduhelm would not be the blockbuster drug to conquer Alzheimer's or replace Biogen's MS drug line-up because the drug was dangerous and ineffective, hospital networks refused to prescribe it, and major insurance companies refused to pay for it, as the lawsuit alleges. Members of the FDA advisory panel resigned in protest over Aduhelm's approval and Congress demanded to know how the drug had been approved.

By October 2021, Aduhelm was not selling well and in December other global regulators had denied its approval. Following the publication of a draft opinion by the Center for Medicare and Medicaid Services on January 11, 2022, Biogen's stock price fell to $225 per share, more than 40% lower than where shares had traded on June 7, 2021 following the FDA approval announcement.

Faruqi & Faruqi, LLP also encourages anyone with information regarding Biogen's conduct to contact the firm, including whistleblowers, former employees, shareholders and others.

To view the source version of this press release, please visit https://www.newsfilecorp.com/release/117115