Hong Kong, China--(Newsfile Corp. - September 3, 2021) - Recently, the cloud mining platform BitFuFu has caused a big impact on both the industry and users, which has made its way into the top rank of the cloud mining industry in less than one year after operation, and won the strategic cooperation and investment from Bitmain, the mining giant.

Leo, CEO of BitFuFu, accepted the exclusive interview by NEWSBTC. Leo explained the relations between BitFuFu and Bitmain, and shared his views on the status quo of mining industry and his outlook for the future. 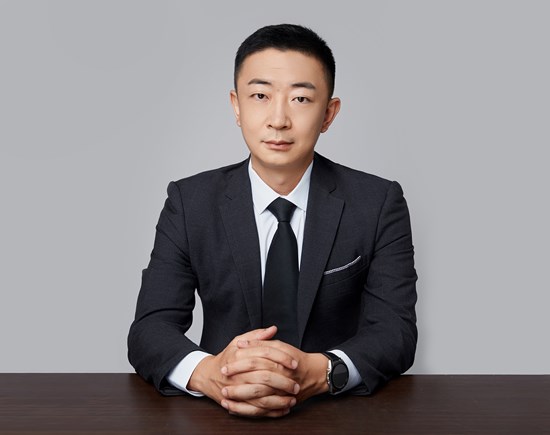 The following is the full text of the conversation:

Q1: Would you please introduce BitFuFu and your own experience before the start of our interview today?

Leo: BitFuFu is a cloud hashrate platform on the basis of tens of thousands of real mining rigs. The platform breaks down and allocates the computing power of mining rigs. After purchasing the hashrate, users may monitor the operation of their own hashrate from a third party pool. What's more, users may receive payments in their wallet directly from the third party pool to ensure the compliance and safety of assets.

BitFuFu and Bitmain established a strategic partnership on February 22, 2021, in hopes of extending our cooperation in various fields, such as mining rigs and farms. BitFuFu also cooperated with AntPool, a platform affiliated to Bitmain. Users may have access to both of the platforms with one account only. BitFuFu has further strengthened its capacity in capital and resources after introducing Bitmain's strategic investment on April 7.

I studied computer science and technology in my university. After graduation, I was employed by the head office of China Construction Bank, where I was responsible for the design and development of financial market products, and have accumulated much experience in traditional financial products. I had worked in such traditional finance sector for more than ten years, before I entered the cryptomining industry. Later, I joined Beijing Financial Assets Exchange and was responsible for data architecture planning and drafting of data standards as part of the management, enabling business development through data.

In 2018, I joined Bitmain, taking charge of the Internet product design, operation management, as well as analysis of blockchain technology research and application scenarios. I was quite keen on developing blockchain industry technology, so I founded BitFuFu soon after I left Bitmain.

Q2: You had been engaging in traditional finance before you came to Bitmain in 2018, when BTC was going through a slump. What drove you to choose the cryptomining as your new career?

Leo: Actually, I got interested in BTC and cryptomining as early as 2014. BTC was, at that time, just seen as a kind of asset by the United States. After reading the news, I developed a strong curiosity about the terms such as BTC, blockchain, consensus and mining. After I studied them for some time, I recognized the great potential of BTC and blockchain technology, and began to buy BTC. I bought dozens of BTC in the first purchase, and later bought mining rigs for mining operations. Mining was extremely easy at that time. I insisted on studying the BTC and blockchain industry until I joined Bitmain in 2018.

A lot of things did happen in 2018: BTC reversed to keep falling after reaching USD 20,000 at the end of 2017, governments tightened their control over them, and Google and Twitter changed the advertising rules of cryptocurrency.

I was not too worried about the predicament BTC faced, because BTC already showed incredible prospects, starting from scratch. RSK, Lightning Network and SEC solicited opinions from the public for the first time on the granting of ETF license to BTC.

Technology is constantly updating, and our communities are becoming more and more tolerant. Therefore, I believed that BTC would usher in a new peak.

Q3: Why did you found BitFuFu afterwards?

Leo: The total output of BTC mining industry recorded USD 5.012 billion in 2020, but ordinary people could hardly earn money from it.

With the escalation of the arms race among miners, even mining farms with many rigs have to join the pool to dig BTC. Mining rigs are very expensive. When Bitcoins exceeded USD 63,000, Antminer S19 was sold for RMB 70,000 at the record high.

Mining rigs are hot and noisy, requiring monitoring 24 hours a day. When they are out of order, they must be fixed immediately. The job was so difficult that ordinary people could seldom tackle.

In addition, mining rigs are major power consumers, so electricity tariffs have a great impact on profits. Ordinary people have no access to the preferential electricity price like large mining farms.

I founded BitFuFu to make mining easier, so that ordinary people would have the opportunity to join in.

At present, cloud hashrate accounts for about 10% of the total hashrate, and such proportion will be likely to increase in the future. Even for the mining industry, we could attract more potential users.

Through the cloud hashrate with lower threshold, BitFuFu may also introduce more users to the industry and made the pie of the industry development bigger.

Q4: You used to work at Bitmain, and BitFuFu became a strategic partner of and gained strategic investment from Bitmain shortly after the establishment. Do you agree that it was attributed to your work experience at Bitmain? How will Bitmain's support contribute to the development of BitFuFu?

Leo: In fact, all of the key members of BitFuFu were from the start-up team of Bitmain and BitDeer, not just me. Perhaps Bitmain treats us with special respect because of our rich industry experience.

BitFuFu and Bitmain have carried out in-depth cooperation in mining rigs and farms, and BitFuFu has benefited from the sufficient supply of mining rigs accordingly and taken the lead in having completed the global expansion in the industry.

The hashrate of BTC plummeted in this June and July.

BitFuFu began to expand its presence overseas as early as the beginning of the year, booked the load of many overseas mining farms, and extended the mining leasing business worldwide. Therefore, the hashrate supply was hardly affected by relevant policies. The company launched a new mining plan in August this year, becoming the first cloud mining platform in the industry to supply the cloud mining platform at the full hashrate, which is an unparalleled achievement in this sector.

Q5: Before BitFuFu was founded, Genesis Mining, BitDeer and other famous companies have already been subsisting for years in the cloud mining market. How could BitFuFu, as a new player, handle this in face of intense competition?

Some rivalries are a zero-sum game, while some are a positive-sum game. We should take a long-term view, develop the incremental market, promote the development of the industry together and achieve win-win results.

BitFuFu has learned a lot from our counterparts and is confident to provide users with better products. As I said earlier, the market is yet to develop to a larger extent. We will surely win the market as long as we offer the reliable products.

In terms of market share and the pool of users, BitFuFu is already among the front runners of cloud mining industry.

Q6: It is amazing that you have developed so fast in such a short period of time. What made this happen? What, in your opinion, are the advantages of BitFuFu?

Leo: Cloud mining has developed too rapidly to make this sector a chaos. Hashrate products offered by many platforms actually have no mining rigs as the support, which is a practice of capital tricks. Therefore, many platforms disappeared all of a sudden when their capital chain fractured.

BitFuFu developed so fast because, on one hand, the strategic cooperation and investment with Bitmain gave us the fundamental support. We have a stable supply chain and sound operation and maintenance capability. Our hashrate is based on real mining rigs. Users may view their income from third-party pools, so they trust us.

We have abundant mining rigs and farms, including the flagship mining rigs such as S19Pro and high-quality mining farms, and extraordinary cost control, so the output of the mining plan is stable and the mining output is high, which is highly lauded by users.

Q7: Would you market your mining products to the users now?

In addition to the conventional hashrate available on the market, we also offer the mining plan of accelerated payback. Users are entitled to the lower hashrate lease rate at the moment of purchase, so as to shorten the return time. The platform will not charge users until they get back their input. This mode can shorten the return time and reduce the risk, which is suitable for risk aversion users.

Moreover, for more professional users, BitFuFu launched cloud hosting, in which users are provided with one-stop services from group purchase of mining rigs, trusteeship to operation and maintenance, so as to serve the global layout as well as operation and maintenance of small and medium-sized miners. Take the new S19i, one of the earliest products, as an example. The service life of the mining rig is about 5 years, but the return period is only 200 plus days. In the long run, the rate of return is even higher than the cloud hashrate. Furthermore, users of cloud hosting have the ownership of the mining rig, which can be either capitalized when it appreciates, or produce mining income for users during the ownership.

Q8: How is the mining industry going on after the career migration fever in June?

Besides, Europe has high capital liquidity. The European Central Bank (ECB) keeps the benchmark interest rate and scale of asset purchase unchanged, and has emphasized that it would not tighten monetary policy too early. The ECB set the medium-term inflation goal at 2%, which is good news for the cryptomining and cryptocurrency.

The hashrate of the whole BTC network is also recovering rapidly. According to the data from BTC.COM on August 27, it is predicted that the difficulty will increase by 8.62% in the next upgrade.

Q9: What is the prospect of the mining industry in the future?

Leo: China's hashrate used to account for more than 50% of the total, but such a high percentage is unlikely to appear any more. The mining industry will be further globalized. Moreover, with the enactment of laws and regulations in countries like United States, mining will also enter the era of compliance. Of course, compliance means taxation, which will increase mining costs. Countries impose environmental requirements upon the mining industry, and it will also urge the industry to transform to green energy.

The requirements for globalization, compliance and environmental protection will further raise the bar against the mining industry, and smaller platforms will be phased out. As a result, resources and users will flow towards competitive cloud mining platforms.

Q10: What are your development plans for BitFuFu in the coming years?

Leo: BitFuFu will continue to deploy overseas mining farms, and present mining rigs of more currencies in more languages, for the choice of users in more regions. Our APP is going to make its debut soon, with which users may operate on the mobile. After that, BitFuFu and Bitmain will work together to release, sell and supply the new generation of products.

To view the source version of this press release, please visit https://www.newsfilecorp.com/release/95521.