Vancouver, British Columbia--(Newsfile Corp. - September 1, 2021) - Viscount Mining Corp. (TSXV: VML) (OTCQX: VLMGF) ("Viscount Mining") is pleased to announce it has received approval from the State of Colorado for the third phase of the drill program at their Silver Cliff property in Colorado.

Viscount has commenced drilling at Silver Cliff, Colorado. The aim of this phase is to increase the defined resource available at the Kate Deposit (KSR). An initial thirteen drill holes have been identified to the south, west, and northeast of the known resource with the opportunity for expansion of the current drill program. The locations of many of these drill holes were guided by the soil surveys conducted in the spring and early summer of this year. This correlation of soil sample and drilling data will show how effective these types of surveys will be for the guidance of future drill programs. 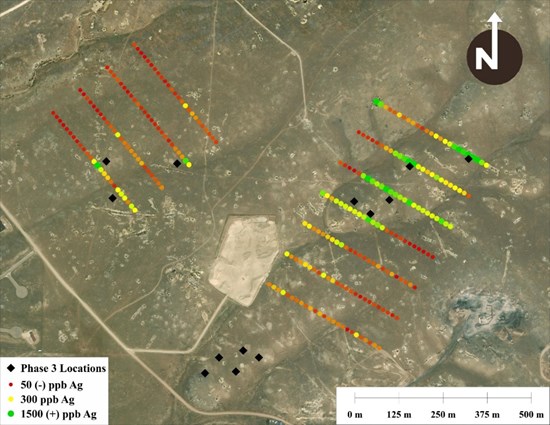 Five drill holes are planned to explore the potential of expanding the Kate East zone to the south. The south edge of the ore resource defined by Dr. Gilles Arseneau in 2018 has historically high-testing intervals. Eight of the drill holes for Phase 3 are planned to expand the Kate East zone to the northwest and northeast, respectively. The locations of these drill holes were heavily influenced by the results of the spring and early summer soil sample campaigns. 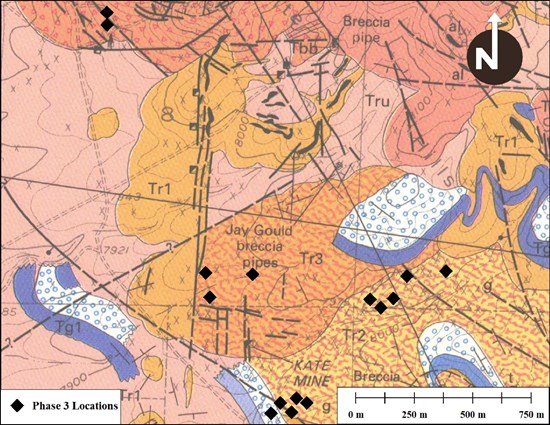 An internal report from CoCa Mines in 1983, estimated a potential resource of 40 million short tons, based on 14 drill holes (not NI 43-101 compliant), with the best intercept reporting to be 256 g/t silver and 1.4 g/t gold. Viscount drilled four holes in the Passiflora in 2020/21 to depths greater than 193 m that showed anomalous silver throughout all, some anomalous gold as well as strong silica and clay alteration and pyritization over most of the holes. Duval Mining geologists had identified a quartz monzonite at shallow depth in the vicinity of the Passiflora mine. Quartz monzonite is a rock that is also commonly associated with porphyry ore bodies. The additional holes at the Passiflora are aimed at identifying this structure.

Jacob Hooker, Exploration Manager commented: "The third phase of this year's exploration program is heavily weighted towards expanding the current mineral resource at the Kate. The previous drill results from the Kate East Zone has demonstrated the deposit to be open ended in all directions. This next phase of drilling will allow us continue to step out drill holes on all sides of the deposit which will make our goal of expanding the current NI 43-101 resource possible this year."

To view the source version of this press release, please visit https://www.newsfilecorp.com/release/95094