Singapore, Singapore--(Newsfile Corp. - June 29, 2021) - Stablecoins are currently entering a new phase of development. They are playing an increasingly important role, within both the traditional crypto-world and also in cross-border payments. Unlike the traditional over-collateralized stablecoin, the release of the new stablecoin protocol Mars Ecosystem has developed brings a new option to the table. 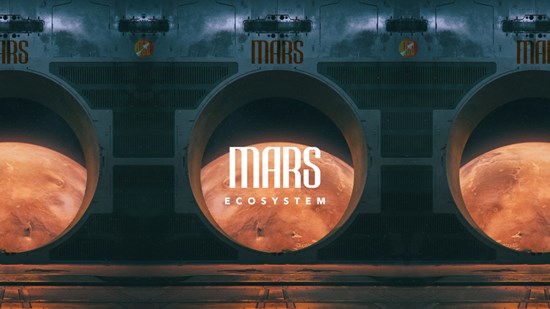 Mars Ecosystem - as proposed by MarsDAO - intends to bring a paradigm shift to the current stablecoin systems. The protocol proposed for the Mars Stablecoin (USDM) is fully decentralized, price-stable, capital-efficient as well as being highly scalable. With this the Mars Treasury has the potential to become the 'central bank' of the the DeFi world.

Mars Ecosystem will operate through three integrated protocols: Mars Treasury, Mars Stablecoin, and Mars DeFi. The combination of these protocols ensures that USDM is minted and utilized within its native ecosystem. Mars DeFi is significant as it allows brings a native platform for users to maximize both profit and growth of their assets.

Mars Ecosystem has developed an NFT which will be available to community co-builders and users who participate in community activities. Futher information regarding the Mars Ecosystem NFT has yet to be disclosed. With the launch of the Binance NFT market there is the possibility that Mars Ecosystem will develop further NFTs. The addition of this NFT intends to bring next-level creativity to this decentralized central bank protocol.

How does Mars Ecosystem work?

The minting process of USDM works in a way that allows the stablecoin to be minted at a 1:1 ratio to the USD value of the collateral. $1 of any whitelisted asset will mint 1USDM. Whitelisted assets have been divided into the following five levels:

The redemption of USDM also is also done through the Mars Treasury. For each USDM deposited the user will receive the dollar value in Mars Ecosytem Token (XMS). The asymmetrical mint/redeem mechanism is crucial as it prevents the 'bank run' issue - recently seen with the TITAN token on the Polygon network.

Mars Ecosytem have also implemented further security controls into the protocol. As well as the asymmetric Mint/Redeem mechanism - there is also a Mintage Control Mechanism. The maximum circulating supply of USDM is to be determined by the Market Cap of XMS. If the support ratio for XMS is 3, then the Market Cap of XMS will be 3x the maximum USDM minted. The ratio is expected to change in the future if proposed and successfully passed by the DAO.

How does USDM achieve price stability?

If there is a premium on the USDM that exceeds $1 in the open market, users can deposit an asset to the Mars Treasury which will mint the USDM with the same dollar value - the minting ratio will be 1:1 but the user is free to exchange the token at the higher rate on the open market and take profit. As people take advantage of the arbitrage opportunity the price will soon stabilize back at $1.

Similarly, if the USDM has a negative premium, users can buy the USDM at a price below $1. When depositing USDM in the Mars Treasury they will receive equal dollar value to the deposit, allowing for profit to be made on both sides. As people buy USDM to take advantage of this opportunity the price will quickly stabilize again.

With this mechanism in place there will be room for arbitrage when the entire USDM deviates in value in either direction. The existence of this arbitrage mechanism ensures that any deviation from the $1 peg will quickly be corrected allowing for the stablecoin to be truly stable.

Traditional lending based stablecoin protocols such as MakerDAO allow the collateral assets in the agreement to be redeemed at any given time. The ownership still belongs to the user. Deposit collateral asset to mint stablecoin, deposit stablecoin to release collateral. Mars Ecosystem have looked into the negative aspects of traditional protocols and created a mechanism that avoids the risks associated with them.

Once the collateral asset is deposited in the Mars Ecosystem protocol they can no longer be redeemed directly, which is different from the traditional 'collateral-generating' stablecoins. At the same time, Mars can effectively avoid a perpetual downward spiral due to the organic arbitrage opportunity. This allows USDM to become a truly decentralized stablecoin that can grow securely and rapidly, both organically and without risk.

When is the Protocol Going Live?

During the last week of June or early July Mars Ecosystem will release its USDM stablecoin during a celebratory 'Genesis Launch' event - details of this will be published shortly.

The launch will include the Mars Treasury going live, allowing users to mint and redeem USDM. It will also include the introduction of liquidity pools and reward programs to going live simultaneously so users can benefit from the protocol.

Due to the significant amount of reward programs and incentives in place within the Mars Ecosystem it is expected that USDM minting volume with rise quickly post-launch. The Mars Ecosystem also intends to carry out various collaborations and further activities, these would include cooperation with other BSC-based DeFi protocols. This would increase visibility as well as boost the volume and liquidity of USDM.

Mars will of course keep you updated, however if you have any questions or are looking for further information you can find us in the following places!

To view the source version of this press release, please visit https://www.newsfilecorp.com/release/88996