Vancouver, British Columbia--(Newsfile Corp. - April 14, 2021) - Forum Energy Metals Corp. (TSXV: FMC) ("Forum" or "Company") is pleased to announce that Rio Tinto Exploration Canada (RTEC) has completed winter drilling on Forum's 100% owned Janice Lake copper/silver project in Saskatchewan. The first set of assay results are expected in May. Nine holes for a total of 2,330 metres were drilled on the Rafuse target, a 2.8 kilometre long priority target of surface copper mineralization that was developed during RTEC's mapping, prospecting and geophysical program this past summer (News Release dated September 29, 2020).

Due to winter in northern Saskatchewan having a late start and an early spring, the drill program was cut short. The two drills were left at the 80-person camp in preparation for a potential resumption of the drill program in June. The scope of the drill program and the planned geological, geophysical and geochemical surface exploration program will be finalized once assay results are received.

Three drill fences at 200 metre spacings for a total strike length of 650 metres were tested on the Rafuse target (Figure 1). Historic drilling of nine holes in 1969 at Rafuse only tested to a maximum depth of 62 metres; these returned up to 17 metres of 0.68% copper. Two holes drilled by Noranda (1993) to a maximum depth of 128 metres returned 21.7 metres of 0.19% copper. The nine holes drilled by Rio Tinto went to an average depth of 259 metres, investigating the down-dip extent of the surface mineralization.

Forum Energy Metals Corp. (TSXV: FMC) has three 100% owned energy metal projects being drilled in 2021 by the Company and its major mining company partners Rio Tinto and Orano for copper/silver, uranium and nickel/platinum/palladium in Saskatchewan, Canada's Number One Rated mining province for exploration and development. In addition, Forum has a portfolio of seven drill ready uranium projects and a strategic land position in the Idaho Cobalt Belt. For further information: www.forumenergymetals.com 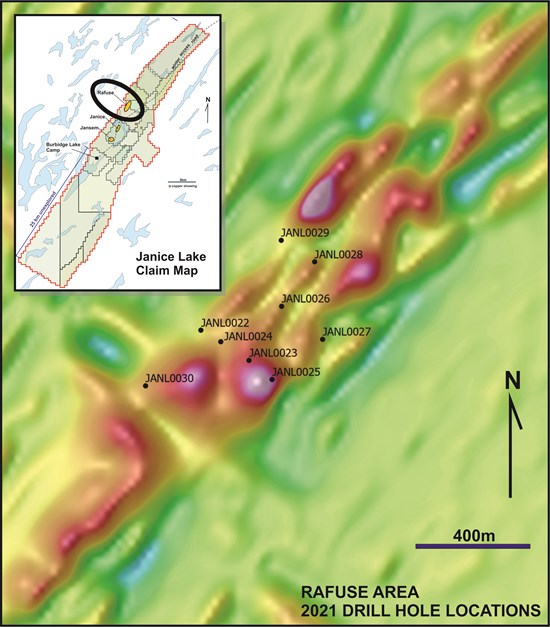 Figure 1: Location of Drillholes on the Rafuse Target.

To view the source version of this press release, please visit https://www.newsfilecorp.com/release/80382