Vancouver, British Columbia--(Newsfile Corp. - December 9, 2020) - Golden Independence Mining Corp. (CSE: IGLD) (OTCQB: GIDMF) (FSE: 6NN) (the "Company") is pleased to announce drill results from previously-unreleased holes completed on the Independence project subsequent to the 2010 Historical Resource Estimate (the "Historical Resource"). These highlight assay results are from 44 reverse circulation (RC) holes drilled between 2009 and 2010 by a previous operator. These 44 RC holes were not available for the Historical Resource but will be included in the upcoming resource update in Q1/21 in addition to RC holes from the Company's ongoing drill program.

"These 44 drill holes expanded the oxide mineralization both to the north and at depth as well as highlighted higher-grade zones within it," commented Golden Independence CEO Christos Doulis. "We anticipate the inclusion of these historic holes along with our ongoing drilling will result in a significant increase in the historic oxide resource at the Independence project." 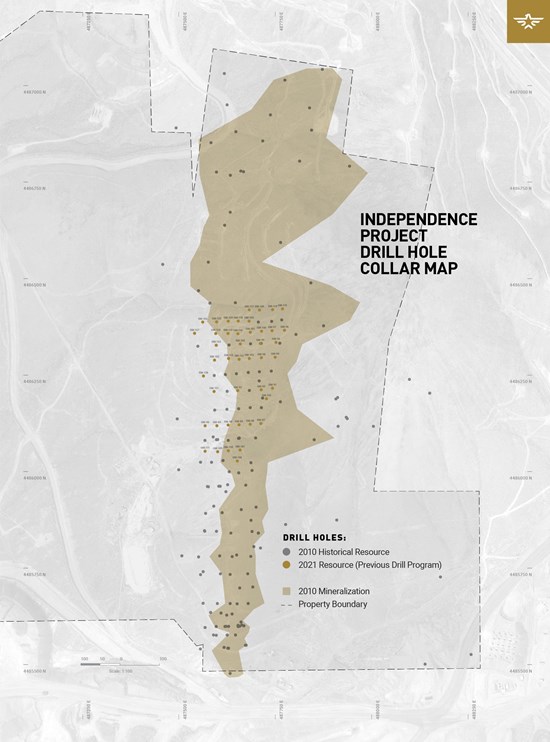 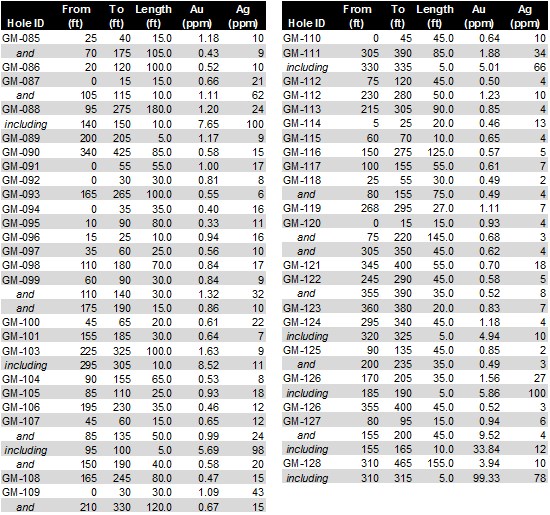 These historic drill highlights are for down hole widths and have not been converted to true width, which is unknown at this time. All samples are 5-foot width with larger intervals weight averaged. Fire assay with AA finish analyses were completed by American Assay Lab of Reno, Nevada. Over limits (+10 ppm Au or +100 ppm Ag) were re-fire assayed with gravimetric finish.

The technical content of this news release has been reviewed and approved by R. Tim Henneberry, P.Geo. (BC), a Director and President of Golden Independence Mining Corp. and a Qualified Person under National Instrument 43-101.

Golden Independence Mining Corp. is an exploration company currently focused on exploring the advanced-stage Independence Gold Property located in the Battle Mountain-Cortez Trend, Nevada and the Champ precious metal property near Castlegar, British Columbia. The Independence Gold Property benefits from over US$25 million in past exploration, including over 200 holes drilled, and is located adjacent to Nevada Gold Mines' Phoenix-Fortitude mining operations in the Battle Mountain-Cortez trend of Nevada.

To view the source version of this press release, please visit https://www.newsfilecorp.com/release/69809