The 15-hole RC and 7-hole diamond drilling programs were run consecutively with no break. Partial results have been received for the till heavy mineral concentrates ("HMCs") and bedrock samples from the RC holes. All of the diamond drill core samples are now at the lab for analysis.

The primary objective of the diamond drilling was to work systematically southeast along the April Trend (see Figure 2) from the new, sediment-hosted Discovery Zone that was intersected in the last hole, No. APR20-10, of the March, 2020, diamond drilling campaign (7.1 m grading 2.75 g/t Au, 40.2 g/t (1.2 oz/ton) Ag, 0.30% Zn and 0.28% Pb; see Tower's May 06, 2020, press release). However, certain visual findings from RC holes that probed this area strongly suggested that the glacially dispersed Au-Ag-As-Zn-Pb mineralization in the large Nechako dispersal train is derived mainly from the tuff-breccia horizon near April Pond, 500 m northeast across strike from and stratigraphically below the April Trend. That is, the Discovery Zone, while itself attractive, appears to represent upward "leakage" of mineralizing fluids from a larger mineralizing system in the tuff-breccia. Therefore, three of the planned diamond drill holes were diverted to the tuff-breccia target.

The first hole targeting the tuff-breccia encountered a narrow, apparently volcanogenic massive sulphide horizon between the basalt flows that overlie the tuff-breccia. The discovery of this massive sulphide horizon further reinforces the Eskay Creek volcanogenic Au-Ag model that the Company is employing to explore the Nechako property. The massive sulphide section was followed by approximately 30 m of highly fractured basalt containing scattered to abundant quartz veinlets mineralized with coarse-grained arsenopyrite, the principal Au associate on the Nechako property. The strongest chargeability anomaly identified in the Company's recent IP geophysical survey is 300 m northwest along strike from the massive sulphide intersection and will be tested in the next phase of drilling.

The 15 new RC drill holes, Nos. NRC20-78 to 92, complement the 77 holes that have been drilled since 2017 to trace the till-hosted Nechako mineral dispersal train 3 km glacially up-ice from its tail east of the Kluskus access road to its bedrock source near April Pond west of the road (see Figure 2). All holes were drilled on the recently cut and geophysical surveyed grid. All were drilled vertically through the till cover and a few meters into bedrock.

The first eight were drilled from Lines 1+00E to 3+00 on the April Trend, immediately southeast along strike from the Discovery Zone on Line 0+00, while the other seven probed the Creek Lineament 150 m to the southwest and the tuff-breccia horizon 500 m to the northeast.

All three RC holes on Line 1+00E and one on Line 2+00E intersected post-mineralization porphyry similar to the dyke that cuts the Discovery Zone. These porphyry intersections appear to be from individual dykes rather than a single, larger intrusion because HMCs from the overlying till are visibly as rich in arsenopyrite and galena (assays awaited) as those from the earlier RC holes near Line 0+00 that led to the Discovery Zone. Moreover, a 2.9 m vertical bedrock intercept from RC Hole 83 on Line 2+00E returned 1.7 g/t Au, significantly higher than the 0.4 g/t Au obtained from Hole 74, the February RC discovery hole 200 m to the northwest. The gold in Hole 83 occurs in the same laminated siltstone-mudstone-chert horizon as the Discovery Zone. Due to the diamond drilling being performed immediately after the RC drilling, the positive Au assay from RC Hole 83 was not received in time to plan a diamond drill hole beneath the RC hole.

The closest RC hole to the Creek Lineament, No. 86, intersected strongly graphitic mudstone, confirming the theory that the straightness of the creek reflects the presence of a second prospective sedimentary horizon 150 m southwest of the April Trend. The intersected mudstone is not altered but its Au content is elevated relative to all other rock formations on the property as expected in the Eskay Creek volcanogenic Au model. The mudstone horizon appears to be thick because large mudstone boulders were intersected in the till up to 600 m down-ice. Its discovery is encouraging because graphitic mudstone is the main Au-Ag ore host at Eskay Creek.

The final three RC holes, Nos. 90 to 92, were drilled along the tuff-breccia trend. Hole 90 was drilled on the tuff-breccia dome near February diamond drill hole No. APR20-07 which intersected spotty mineralization including 0.4 m of 3.92 g/t Au, 152 g/t (4.4 oz/ton) Ag, 4.9% Zn and 0.53% Cu (see Tower's May 6, 2020, press release). On the basis of its mostly basaltic fragments, the tuff-breccia was previously considered to be mafic but analysis of the fine volcanic ash matrix from the Hole 90 intercept showed it to be distinctly dacitic, demonstrating that the tuff-breccia itself is dacitic. This finding is important because the presence of a dacitic dome is critical to the Eskay Creek volcanogenic Au-Ag model. 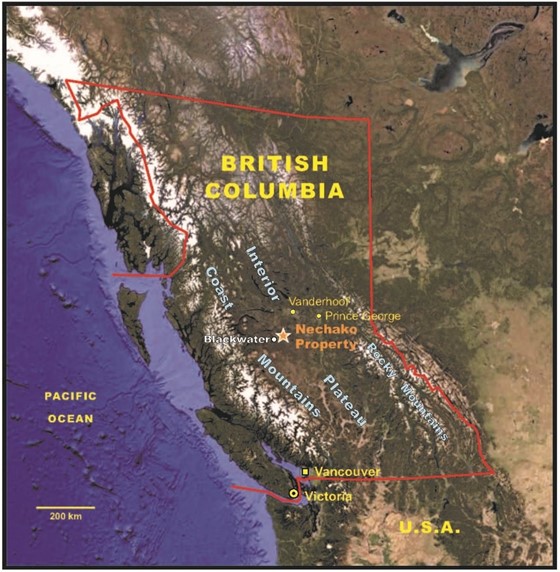 Figure 1 - Locations of the Nechako property

To view an enhanced version of Figure 1, please visit:
https://orders.newsfilecorp.com/files/5023/66593_figure1.jpg 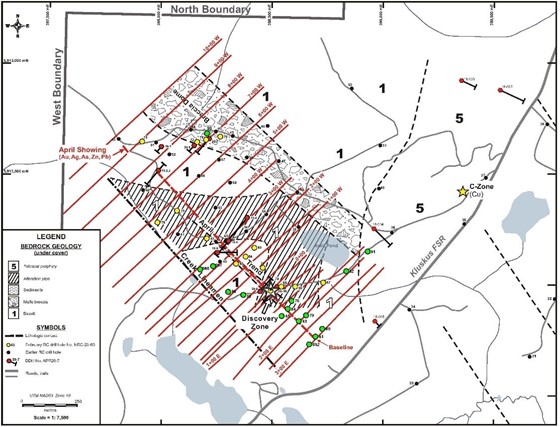 Figure 2 - Locations of the September 2020, RC drill holes in relation to the geology of the bedrock surface beneath unconsolidated glacial sediments

To view an enhanced version of Figure 2, please visit:
https://orders.newsfilecorp.com/files/5023/66593_figure2.jpg

To view the source version of this press release, please visit https://www.newsfilecorp.com/release/66593