RETRANSMISSION: Spearmint Rushes Assays After Encountering Visual Clay in Each of the First Three Completed Drill Holes of its Ongoing Multi-Hole Drill Program on its Clayton Valley Lithium Clay Project in Nevada

Vancouver, British Columbia--(Newsfile Corp. - October 16, 2020) - Spearmint Resources Inc. (CSE: SPMT) (OTC Pink: SPMTF) (FSE: A2AHL5) (the "Company") is pleased to announce that each of the first three completed drill holes of the ongoing 2020 multi-hole drill program on its Clayton Valley lithium clay project (the "Project") have encountered visual clay, including intercepts of between 175-200 feet of targeted clay formation in each hole. Samples form the first three drill holes have been immediately sent for assaying on a rush basis. Spearmint continues to drill the remainder of its multi-hole drill program directly bordering Cypress Development Corp. (see picture and map). Recently (Aug. 11, 2020) Cypress reported a 55% increase in their lithium mineral resource for total measured plus indicated resource estimates of 929.6 million tonnes averaging 1,062 ppm Li or 5.2 million tonnes LCE. Management cautions that past results or discoveries on properties in proximity to Spearmint may not necessarily be indicative to the presence of mineralization on the Company's properties. 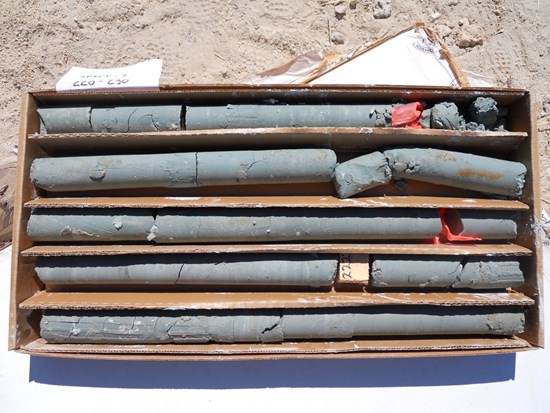 James Nelson, President of Spearmint, stated, "We are very pleased the first three completed drill holes of our ongoing 2020 drill program have each encountered significant intercepts of clay. We are very encouraged from what we saw in these first three drillholes, so in order to get these results to the market as soon as possible, we have decided to have them sent out for immediate assaying on a rush basis. The eyes of the lithium world have been focused on Nevada ever since Tesla's Battery Day on September 22, 2020, when Elon Musk stated his intention to acquire Nevada lithium clay projects and expressed Tesla's overwhelming need to secure domestic lithium deposits to feed their Gigafactory. Spearmint has experienced previous success on our initial modest drill program targeting the clay in 2018 that returned grades as high 1670 ppm. While 2018's drill program occurred at a time when the general market conditions were anemic, management believes that positive results from its current drill program could have a much more meaningful impact at a time when the market is giving value to lithium projects specifically located in Nevada. This current multi-hole drill program will be much more robust than the 2018 drill program and may potentially give Spearmint the ability to delineate a potential resource on our portion of this lithium-bearing clay deposit that we share with Cypress Development Corp. This deposit is one of the select few clay deposits that exist in Nevada, of which Tesla has publicly stated they covet. In addition to our ongoing drill program in Nevada, Spearmint anticipates receiving results in the coming weeks from our recently completed work program on the Goose Gold Project in Newfoundland which directly borders, and is the closest property to New Found Gold's discovery hole (19.0 m of 92.9 g/t Au). As well, we have recently secured Laurentia Exploration of Quebec to commence operations in October on our Perron East gold project in Quebec. As you can see, Spearmint has multiple shots on goal for potential shareholder success and we are very optimistic about what the remainder of 2020 will bring." 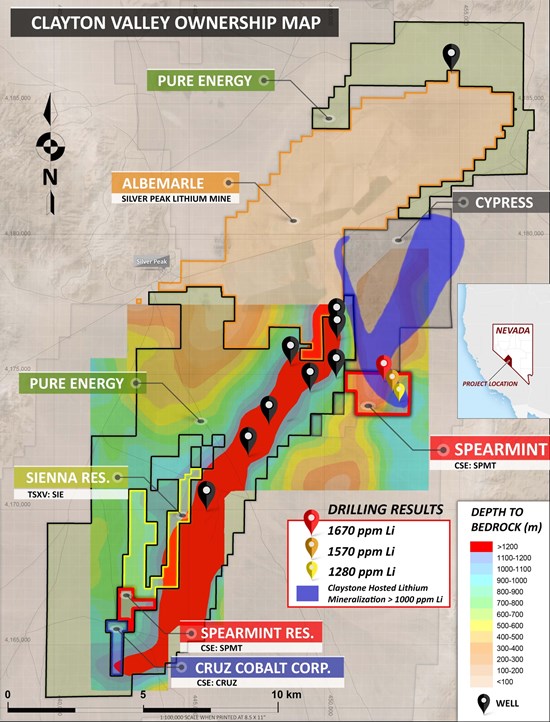 Spearmint's other projects in British Columbia include the 'Safari' Copper-Gold Prospect consisting of 9,007 contiguous acres located in the northern Quesnel Trough in North-Central BC, and the 'Hammernose' Gold Prospect consisting of 8,685 acres directly bordering Westhaven Gold Corp.'s Shovelnose Property in the Spences Bridge Gold Belt located in Southern British Columbia, Canada. Management cautions that past results or discoveries on properties in proximity to Spearmint may not necessarily be indicative to the presence of mineralization on the Company's properties.

To view the source version of this press release, please visit https://www.newsfilecorp.com/release/66117