Vancouver, British Columbia--(Newsfile Corp. - September 29, 2020) - Palladium One Mining Inc. (TSXV: PDM) (FSE: 7N11) (OTC Pink: NKORF) (the "Company" or "Palladium One"). Initial visual results from the resumed diamond drill exploration program at the LK Project in Finland demonstrate that Kaukua South is comprised of the same host rocks and indicates that it is the fault displaced extension of the Kaukua Deposit.

"We are very excited to report this major new discovery, and are processing assays on a rush basis," said Derrick Weyrauch, President and Chief Executive Officer.

"The Kaukua South strike extension is exceptionally significant because it has shallow disseminated sulfide mineralization the same as Kaukua and points to the footprint of a large-scale mineral system," said Dr. Peter C. Lightfoot, one of Palladium One Mining's directors and a globally recognized expert in magmatic precious metal and nickel-copper-cobalt sulphide ore deposits. Dr. Lightfoot also stated, "LK is shaping up to potentially be the largest palladium dominant open pit project in a best in class mining jurisdiction, globally."

"Advanced planning for a Phase II resource definition drill program is underway, we will drill on a 100-meter spaced grid along the four-kilometer mineralized strike extent of Kaukua South." stated Derrick Weyrauch

Investor Update Webinar
Please join Derrick Weyrauch, CEO, and Neil Pettigrew, Vice President Exploration on October 1, 2020 at 10:00 AM Eastern Time (US and Canada), 4:00 PM (GMT+2) to discuss the interim results from the Company's Phase I exploration drilling program in the Greater Kaukua Area.

After registering, you will receive a confirmation email containing information about joining the webinar. Questions may be asked during the webinar orally or via the webinar chat function. A replay will be made available on the Palladium One Mining Inc. website at http://www.palladiumoneinc.com

Phase 1 Drill Program Update
The Company continues to log and sample the drill core from the recently completed drilling program. Fourteen holes totalling 2,566 m were completed during the resumed program in August and September, bringing the total Phase I exploration drilling program to 26 holes totalling 4,490 m. First assay results are expected with in the next few weeks and will be released as they are received. 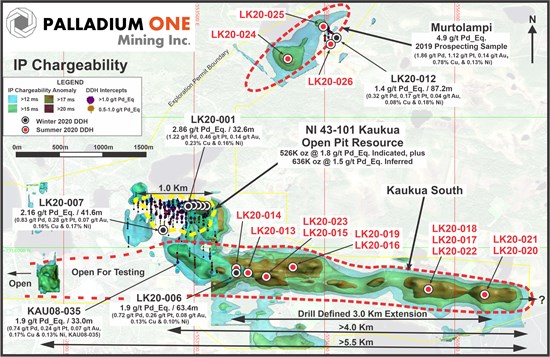 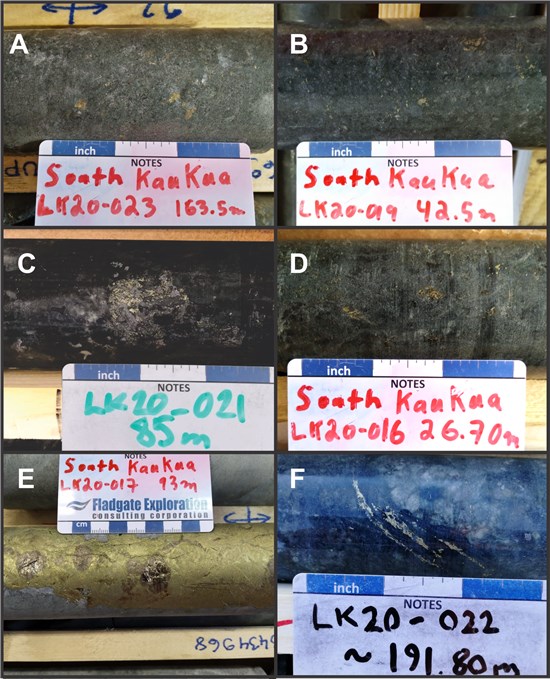 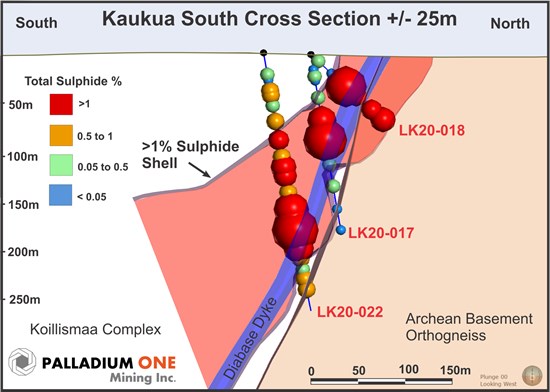 About Palladium One
Palladium One Mining Inc. is an exploration and development company targeting district scale, platinum-group-element-copper-nickel deposits in Finland and Canada. Its flagship project is the Läntinen Koillismaa or LK Project, a palladium-dominant platinum group element-copper-nickel project in north central Finland, ranked by the Fraser Institute as one of the world's top countries for mineral exploration and development. Exploration at LK is focused on targeting disseminated sulfides along 38 kilometers of favorable basal contact and building on an established NI 43-101 open pit resource.

To view the source version of this press release, please visit https://www.newsfilecorp.com/release/64766