The Harrison Gold Property (the "Property") is an advanced stage gold exploration project focused on a seven kilometer long ridge called Bear Mountain located on the southeast side of Harrison Lake, 130 kilometers east of Vancouver. BMGM has an option to acquire a 100% interest in the Property from TSX.V listed Omineca Mining and Metals Ltd. ("Omineca").

The Company advises that the above drill intersections, grades and estimates above is of a historic nature. Historic drill intersections, grades and resource estimates reported have not been verified. A qualified person has not done sufficient work to verify the historical estimates nor classify the historic estimates as current mineral resources or mineral reserves, and the Company is not treating the historical estimates as current mineral resources or mineral reserves. Resampling of underground workings, and confirmation drilling by a Qualified Person will be required to designate a resource under National Instrument 43-101 requirements.

The Property is located off paved roads at low elevations, with power, water and services locally available.

Rehabilitate and extend the historic RN Mine workings, where historic smelter reports indicate that a total of 642.82 tonnes (708.58 tons) of ore was shipped from with an average reported grade of 47.4 g/t gold. Complete sufficient underground bulk sampling and offsite processing to confirm that waste rock from the known mineralized zones is not acid generating.

Follow up drilling from both surface and underground locations is planned to extend the known mineralized zones.

Recent metallurgical work by BMGM to confirm historic gold recovery included five samples consisting of approximately 10 kg each of vein material collected from the RN adit, which were submitted to Metsolve Metallurgical Lab, Langley, BC, Canada. A composite sample of 25.5 kg was made with a calculated head grade of 43.2 g/t Au and an assayed head grade of 46.5 g/t Au. The RN composite responded well to gravity concentration with a recovery of 90.7% with a final concentrate grade of 1,088 g/t Au from a calculated head grade of 43.2 g/t Au (BMGM, 2020).

In order to exercise the Option, Bayhorse shall (i) assume all the outstanding obligations of Bear due to Omineca, (ii) pay $50,000 in cash and issue 500,000 common shares in the capital of Bayhorse ("Shares") to Bear, and (iii) incur, including the required expenditures under the Omineca Option, not less than C$1,100,000 of expenditures on the Property (subject to the receipt of drilling and exploration work permits for the Property from the BC Ministry of Energy, Mines & Petroleum Resources, or confirmation that surface drilling and underground development work can commence immediately).

In recognition that Omineca is entitled to an underlying 2% NSR on the Property, the parties agree that the Omineca NSR including the purchase of 1% of the NSR for $1 million, shall be apportioned according to each Party's interest in the Property.

A bulk sampling program was conducted approximately 50 meters below the surface outcrop of the Jenner Zone (referred to as the Jenner 187 Level); and possible mining options for the Jenner Zone were assessed. 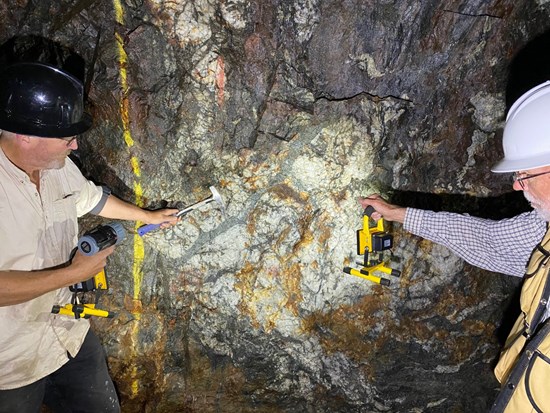 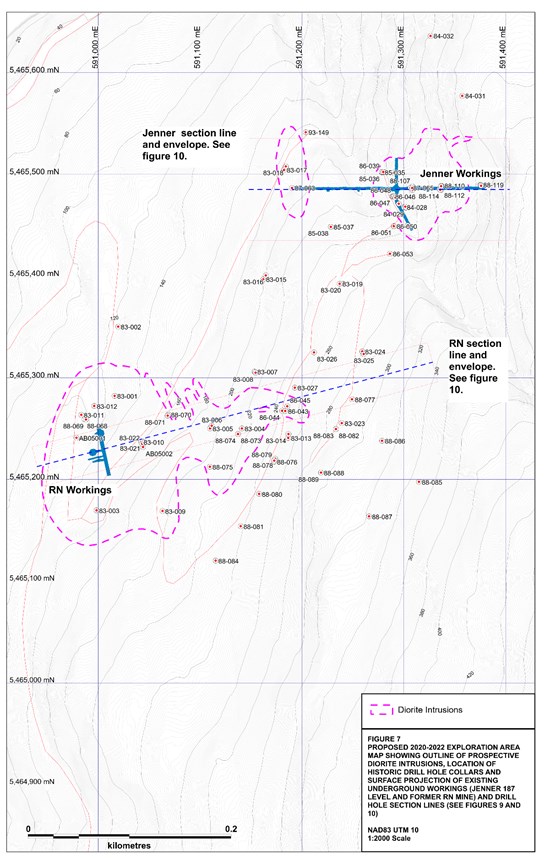 In 2010, Omineca compiled available technical data for the Property (Price, 2010) and reported that previous mining companies spent more than seven million dollars exploring the northern part of Bear Mountain after local prospectors mined a high grade quartz vein during the 1970's in the RN Mine.

Exploration work by BMGM has confirmed the presence of multiple diorite stocks which exhibit similar styles of gold mineralization, and demonstrated that the central and southern parts of Bear Mountain exhibit "gold in soil" anomalies along a structural corridor that extends for over six kilometers through the Property.

The five samples collected from the RN Mine by BMGM for gravity recovery test work were also tested for metallic gold which essentially involves comparing conventional fire assay results with Total Gold Content results. The results of this metallic gold assay test showed that all five regular fire assays under-report the amount of gold contained in the submitted samples. Total gold values were under-reported by 19 to 41%. It is important to note that Norman (1989) reported that the results of muck sampling from three underground raises driven along drill holes to assess the accuracy of drill hole assays, showed that the reported drill hole assays appear to under-report gold contents. Rigorous metallic gold assay procedures will be utilized as part of the planned Bayhorse program to ensure accurate determination of gold values..

Bayhorse CEO Graeme O'Neill comments: "Now that the Bayhorse Silver Mine in Oregon has started producing silver concentrate, the acquisition of a 50% interest in Bear Mountain, a known historic producer of free milling gold, is a step forward in precious metals involvement, and development, by Bayhorse. We look forward to working with Bear Mountain to verify the historic drilling results and extend the existing RN adit to confirm the historic mined grades. A ZTEM airborne survey is planned at an early date to delineate and evaluate the multiple potentially mineralized diorite stocks along the structural belt that runs the length of the property."

This News Release has been prepared on behalf of the Bayhorse Silver Inc. Board of Directors, which accepts full responsibility for its content. Dr. Stewart Jackson, P.Geo., a Qualified Person and Consultant to the Company has prepared, supervised the preparation of, and approved the technical content of this press release.

Bayhorse Silver Inc. is an exploration and production company with a 100% interest in the historic Bayhorse Silver Mine located in Oregon, USA, and an option on the Brandywine, precious metals rich, volcanogenic massive sulphide property located in B.C., Canada. The Company has an experienced management and technical team with extensive mining expertise surrounding exploration and building mines.

To view the source version of this press release, please visit https://www.newsfilecorp.com/release/63743

Sign up to receive news releases by email for Bayhorse Silver Inc. or all companies belonging to the Mining and Metals, Precious Metals industries.