Toronto, Ontario--(Newsfile Corp. - July 28, 2020) - Pancontinental Resources Corporation (TSXV: PUC) ("Pancon" or the "Company") reports results of resistivity/induced polarization (IP), magnetic, and gravity geophysical surveys conducted at its flagship Brewer Gold Project and at its Jefferson Gold Project, which nearly surrounds the former Brewer Gold Mine property. Brewer is a high-sulphidation epithermal Au-Cu system that produced 178,000 ounces of near-surface oxide gold from 1987-1995. The Brewer and Jefferson gold projects are located 12 kilometers along trend from the producing Haile Gold Mine on the prolific and underexplored Carolina Slate Belt.

Pancon President and CEO, Layton Croft, stated: "We are very encouraged by the compelling results from our initial phase of geophysical surveys at our Brewer and Jefferson gold projects. This is the first time in nearly three decades that any scientific data has been produced using modern technology and tools at and around the former Brewer Gold Mine. As a result, I am thrilled to report we have identified multiple, locally coincident IP chargeability, resistivity, gravity and magnetic anomalies - and exciting new drill targets - over the historic mine pits and adjacent to the former main pit to the west and south (see Figure 1, below). Pancon's new and highly prospective zone in the Brewer-Jefferson AOI, largely untested to depths below 50 meters by previous operators, covers an area of at least 2,000 meters east-west, is open to the south, and is bounded to the north by a northwest-trending fault identified in the magnetic survey. Our new prospective zone covers much of the 1,000-acre Brewer property and extends in multiple directions onto our surrounding 1,500-acre Jefferson Project land position."

Pancon's geophysics work has two objectives: (i) to better understand the local geology within the regional context; and (ii) to help locate gold-copper targets with the ultimate goal of proving one or more new gold-copper resources. Pancon's initial phase of geophysical surveys at the Brewer-Jefferson AOI, conducted between May 18-July 1, included:

Croft continued: "By compiling and analyzing historic geological, geophysical and geochemical data, we gave ourselves a head start in interpreting our recent geophysics work. These initial results show large and continuous chargeability, resistivity and gravity anomalies, which corroborate our conceptual model that the Brewer-Jefferson AOI likely contains an abundance of both near-surface oxide gold mineralization as well as massive and disseminated sulphides. The fact that the former Brewer mine contained sulphide-hosted gold and copper as shallow as 30 meters below surface strongly suggests additional mineralization at depth."

Exploration Next Steps
Beginning in early August, Pancon will commence a shallow testing program using rotary air blast (RAB) drilling, and consisting of approximately 150 RAB holes, each about 15 meters deep. The shallow RAB drilling program has three objectives: (i) to validate select historic drill holes; (ii) to test prospective drill targets ahead of planned core drilling; and (iii) to scout untested and underexplored ground across the property. Approximately 1,500 RAB drill samples will be assayed for gold, copper and multi-element geochemical analysis. The RAB assay and chemistry results will be incorporated into Pancon's integrated database of geological, geophysical and geochemical data, and will inform the Company's initial phase of approximately 3,000 meters of diamond core drilling, testing depths below 300 meters, will commence in Q4 2020. 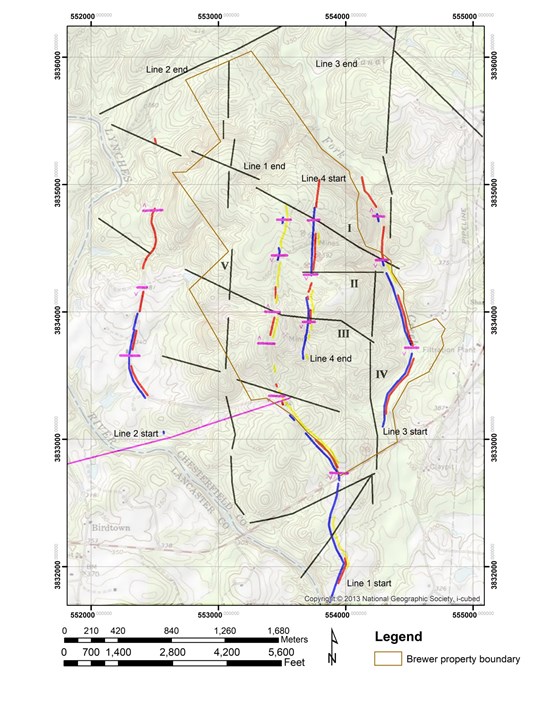 Qualified Person
The technical information in this news release has been prepared in accordance with Canadian regulatory requirements as set out in NI 43-101 and reviewed and approved by Richard "Criss" Capps, PhD, RPG, SME REG. GEO, a Qualified Person as defined by NI 43-101.

About Pancon
Pancon is a Canadian junior mining company focused on exploring the prolific and underexplored Carolina Slate Belt in South Carolina, USA. In January 2020, Pancon won the exclusive right to explore the former Brewer Gold Mine. Between 1987-1995, Brewer produced 178,000 ounces of oxide gold from open pits that extended to 50-meter depths, where copper and gold-rich sulfides were exposed but could not be processed by the oxide heap leach processing facility. Brewer is a high sulphidation system driven by a sub-volcanic intrusive and possibly containing a large copper-gold porphyry system at depth, as indicated by: widely known prospective geology, including diatreme breccias; associated high sulphidation alteration; gold and copper mineralization; and geophysics (Schmidt, R.G., 1978, The Potential for Porphyry Copper-Molybdenum Deposits in the Eastern United States, U.S. Geological Survey). Pancon's 100%-owned Jefferson Gold Project nearly surrounds the former Brewer Gold Mine, and both Jefferson and Brewer are located 12 km along trend northeast from the producing Haile Gold Mine, which produced 146,100 ounces of gold in 2019. In addition, Pancon has four nickel-copper-cobalt exploration projects in Northern Ontario, surrounding or near producing or former mines in proven and safe mining districts.

To view the source version of this press release, please visit https://www.newsfilecorp.com/release/60594