Michael Bennett, Altamira Gold's President and CEO commented, "Whilst our focus remains on advancing our Cajueiro gold project to production in 2021, it is important to remember that Altamira owns two other projects that could be company makers, namely Santa Helena and Apiacas. The Santa Helena project is located just 60km southwest of Anglo American's major porphyry copper discovery at Jaca, and could host a porphyry-related gold-copper deposit surrounded by peripheral high-grade gold mineralization. The identification of this new high-grade target at Santa Helena expands the size of the mineralized target area by approximately 20%, and we look forward to drilling this project later this year"

Santa Helena comprises 58,591ha and is located 60km SW of Anglo American's Jaca porphyry copper discovery (Figure 1). The project has received no previous drilling, but porphyry-style alteration has been mapped on surface and highly anomalous gold, copper and molybdenum values in both rock and soil samples have been outlined over an area of 7km E-W by 4 km N-S (Figure 2). 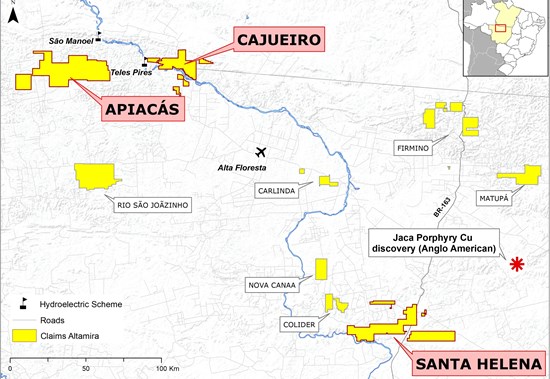 The new target has been named Dorival South and is located 1.5km south of the Dorival target. A total of 18 samples were collected from this area and returned gold values ranging from 0.02 to 124.5 g/t gold. Eleven of these samples were collected from an outcropping quartz vein up to 2m in width which contains up to 30% pyrite and 2% chalcopyrite and extends for at least 150m along strike in a NW direction, and is open in both directions. The samples taken from this vein range from 3.24 to 124.45 g/t gold and average 46.8 g/t gold and copper values were also highly anomalous in several samples with seven samples returning greater than 0.1% copper and one sample returning 2.2% copper (Figure 3). There is also evidence of stockwork quartz veining located 400m to the SW on top of a low hill which may represent a parallel zone.

The Dorival South target represents a fifth target at Santa Helena where high-grade gold and copper values have been identified on surface. Of the other four main targets identified to date (see press release dated 16th May 2018), the most easterly target is Gabriel which includes a small historic open pit mine which produced gold from a series of high-grade veins. A total of 20 rock chip samples were collected on surface from this area in 2018 and returned gold values ranging from 0 to 171.6 g/t gold and 0 - 0.96% Cu and averaged 19.0 g/t gold and 0.11% Cu. Seven samples returned values above 10g/t gold.

The Dorival target is located 500m west of Flecha Dorada. Six rock chip samples were collected from this prospect which ranged from 7.4 to 73.3g/t gold and 0 to 0.27% Cu and averaged 24.6g/t gold.

Six rock chip samples were previously collected from the Tucura area and returned gold values of 0.2 to 22.6 g/t gold and averaged 7.2g/t gold. Tucura is located 2km NW of the Dorival target.

All of these target areas occur in ranch land where outcrop is extremely limited and thus far the extent of the mineralization observed on surface cannot be determined. Trenching is however planned during the next few months in advance of drill testing later in the year.

The Company also announces that it has granted 3,315,000 stock options to directors, officers, employees, and consultants of the Company. The stock options are exercisable for a term of five years at an exercise price of $0.08 per common share under the terms of the Company's Stock Option Plan. 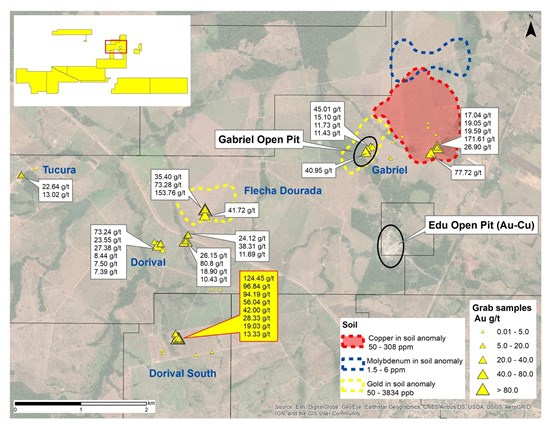 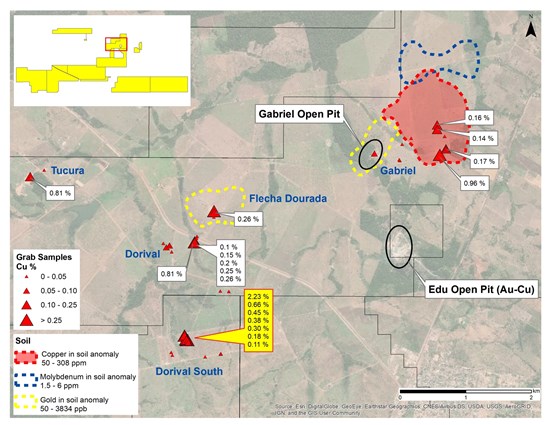 To view the source version of this press release, please visit https://www.newsfilecorp.com/release/56523

Sign up to receive news releases by email for Altamira Gold Corp. or all companies belonging to the Mining/Metals, Precious Metals industries.