The gravity survey covers an area measuring 200 m x 300 m centered on the high-grade rare earth element ("REE") zones identified at surface by overburden stripping and near surface with diamond drilling in 2018 (see Figure 1 attached). The known REE zones correlate very well with recently identified gravity highs, suggesting monazite mineralization can be detected beneath the surface. Monazite, a phosphate mineral with a high density of 5 g/cm3, is the mineral that hosts 100% of the Alces Lake high-grade REEs.

Mr. James Sykes, Appia's Vice-President, Exploration and Development, comments: "We are extremely pleased with the efficient production and professionalism that MWH have provided for the Company. The gravity survey has provided us with invaluable results, potentially outlining a large number of high-grade REE zones beneath the surface. We know these massive monazite clusters are very dense compared with the surrounding rocks, therefore gravity surveying was proposed as the primary tool for sub-surface investigations. To test the gravity survey results, we drilled IV-19-003 targeting a gravity high and intersected 11.65 m of semi-massive to massive monazite mineralization (see News Release, June 19, 2019), which confirmed our pre-conceived ideas for gravity surveying being able to distinguish the monazite-rich clusters beneath the surface. We plan to continue drilling each of the gravity highs and will prioritize further drilling based on those results. Pending the drilling results, we plan to expand gravity surveying over a much larger area of the Property."

In addition to the gravity survey, MWH completed the following airborne drone surveys; a detailed aeromagnetic survey, a digital surface model, and orthophotography. The magnetic survey results are being used in conjunction with the gravity work to prioritize drill targets and help define geological controls on mineralization. The surface model and orthophotography surveys are both assisting geological field crews to prioritize new areas for REE exploration.

Appia is a Canadian publicly-traded company in the uranium and rare earth element sectors. The Company is currently focusing on delineating high-grade critical rare earth elements ("REE") and uranium on the Alces Lake property, as well as prospecting for high-grade uranium in the prolific Athabasca Basin on its Loranger, North Wollaston, and Eastside properties. The Company holds the surface rights to exploration for 63,980 hectares (158,098 acres) in Saskatchewan.

The Company also has a 100% interest in 12,545 hectares (31,000 acres), including rare earth element and uranium deposits over five mineralized zones in the Elliot Lake Camp, Ontario, which historically produced over 300 million pounds of U3O8 and is the only Canadian camp that has had significant rare earth element (yttrium) production.

The technical content in this news release was reviewed and approved by Mr. Ken Wasyliuk, P.Geo, Project Manager for the Alces Lake project, and a Qualified Person as defined by National Instrument 43-101. 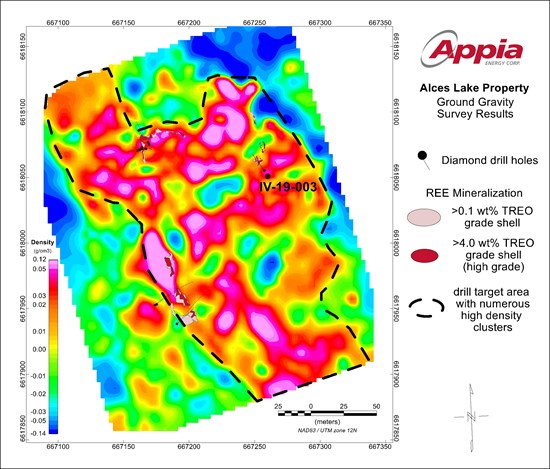 To view the source version of this press release, please visit https://www.newsfilecorp.com/release/45904