The Company has completed two drill holes in the Ivan zone (IV-19-002 and IV-19-003) following-up on the high-grade rare earth element ("REE") results from the 2018 outcrop channel sampling and drill hole IV-18-001. Of note, IV-19-003 has intersected visible and continuous semi-massive to massive concentrations of monazite mineralization over a core length of 11.65 m (true thickness has not been determined) from within 10 m of the surface (see Figure 1). IV-19-003 was collared 5 m southeast of IV-18-001 with the same azimuth of 325 and declination of -60.

Mr. James Sykes, Appia's Vice-President, Exploration and Development, comments: "Drill hole IV-19-003 is an exciting start to the drill campaign. The drill hole tested a geophysical gravity survey target and has shown that the preliminary gravity survey results have been able to identify high concentration of monazite mineralization beneath the surface. We remain excited for the rest of the drill hole results testing additional gravity targets."

A downhole HLP 2375 short-crystal natural gamma-ray spectrometer probe manufactured by Mt. Sopris was used to measure all natural gamma radiation in counts-per-second ("cps") for the values reported in Figure 1. The reader is cautioned that Appia uses natural gamma-ray readings only as a preliminary indication of the presence of radioactive materials (uranium- thorium- and/or potassium-rich minerals) and that the results may not be used directly to quantify or qualify thorium and/or REE concentrations within the rock.

All drill core samples will be sent to Saskatchewan Research Council's Geoanalytical Laboratory, an ISO/IEC 17025:2005 (CAN-P-4E) certified laboratory in Saskatoon, SK, for multi-element and REE analysis, and determination of source(s) and concentrations of radioactive materials. Lab analysis results will be announced after they are received and reviewed by the Company.

Appia is a Canadian publicly-traded company in the uranium and rare earth element sectors. The Company is currently focusing on delineating high-grade critical rare earth elements ("REE") and uranium on the Alces Lake property, as well as prospecting for high-grade uranium in the prolific Athabasca Basin on its Loranger, North Wollaston, and Eastside properties. The Company holds the surface rights to exploration for 63,980 hectares (158,098 acres) in Saskatchewan.

The Company also has a 100% interest in 12,545 hectares (31,000 acres), including rare earth element and uranium deposits over five mineralized zones in the Elliot Lake Camp, Ontario, which historically produced over 300 million pounds of U3O8 and is the only Canadian camp that has had significant rare earth element (yttrium) production.

The technical content in this news release was reviewed and approved by Mr. Ken Wasyliuk, P.Geo, Project Manager for the Alces Lake project, and a Qualified Person as defined by National Instrument 43-101. 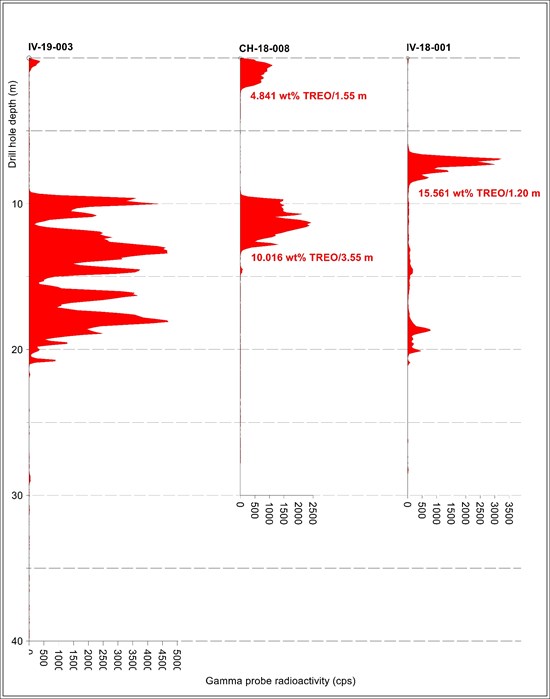 To view the source version of this press release, please visit https://www.newsfilecorp.com/release/45735