New York, New York--(Newsfile Corp. - December 8, 2022) - The Chief of Staff Association (CSA) has released the findings of the first compensation report reviewing remuneration packages of one of the world's fastest-growing professions. 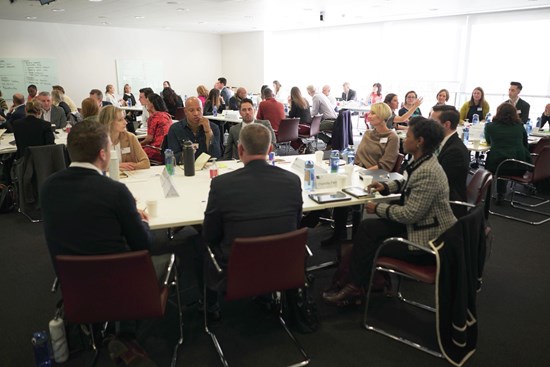 The findings show $185,000 per annum is the average compensation of chiefs of staff. It also found 30% of chiefs of staff earn $250,000 or more, and the highest-paying sector is healthcare and pharmaceuticals, where the pay averages $245,000.

The Chief of Staff Association commissioned the survey in the third quarter of 2022, with 244 members participating. CEO Trent Smyth said, "We commissioned the broadest and deepest compensation report to gather data specific to this profession. At the CSA, we want to raise the profile of the chief of staff role and ensure it is well understood, represented, and recognised."

The position is often misunderstood despite the fact it has long been established in the military and political offices and is now growing rapidly across major corporations and not-for-profit organisations. The research revealed: "One in three respondents said they are unsure if they are fairly compensated, which speaks to the very point of the report. This report helps our members to gauge better whether or not they are remunerated appropriately," said Trent.

UK chief of staff Rodney Leon believes the number of roles is expanding due to pressures in the workplace: "I think the popularity of the chief of staff role is, in large part, due to the ever-increasing complexities that c-suite executives are required to deal with. I believe leadership can be a lonely endeavour, and the appointment of a chief of staff could be due to the adage, a problem shared is a problem halved."

Fellow CSA member Peter Norton agrees: "A good chief of staff can provide another pair of hands, eyes and ears as well as extra brain capacity to reduce a leader's overall cognitive load. When things are working well, and the executive and chief of staff have perfected the 'no touch pass' the two can add up to far more than the sum of their parts."

Despite many CSA members performing the chief of staff role, not all hold the chief of staff title, which is proving costly. Survey respondents with a "chief of staff" job title received significantly higher compensation than those without the title, earning $191,700 on average against $159,600 respectively.

The survey found those in North America earn more with an average remuneration package of $198,300, compared to $147,400 for respondents outside of the region. Industry data was also collected revealing the average compensation for chiefs of staff in pharmaceutical companies averaged $245,800, followed by the financial sector at $222,000, information technology at $209,600, and "others" at $206,800. Chiefs of staff in the education and non-profit sectors earn an average of $140,700, while business development roles (consulting, marketing, public services, and human resource) earn $138,400 annually.

About The Chief of Staff Association

The Chief of Staff Association is the largest membership organisation for chiefs of staff in the world, with members occupying positions of influence in more than 45 countries.

To view the source version of this press release, please visit https://www.newsfilecorp.com/release/147423

Sign up to receive news releases by email for Baden Bower or all companies belonging to the Internet Technology, Publishing/Informational Services, Blockchain, Banking/Financial Services industries.