Hanoi, Vietnam--(Newsfile Corp. - December 2, 2022) - The VinFuture Foundation officially announces that the VinFuture Prize Award Ceremony 2022 will be held on December 20, 2022 in Hanoi, Vietnam to celebrate four groundbreaking scientific innovations that contribute to promoting global recovery and post-pandemic restructuring. As part of the Award Ceremony event series, VinFuture will organize a Sci-Tech Week from 17-21 December with inspiring academic activities for the scientific community, businesses, startups, and the public. 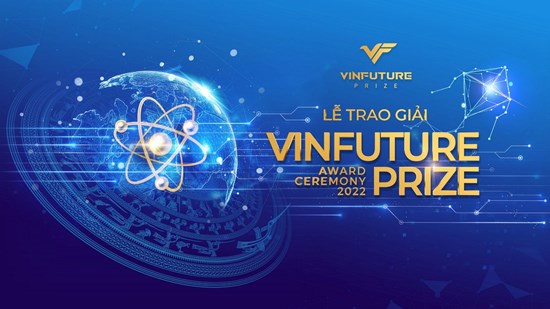 The 2022 VinFuture Prize Award Ceremony will be held at the Hanoi Opera House on December 20, 2022, coinciding with International Human Solidarity Day and the anniversary of the establishment of the VinFuture Foundation.

Under the theme "Reviving and Reshaping", the VinFuture Prize 2022 aims to find and celebrate outstanding science and technology achievements that create positive changes following the pandemic and help foster sustainable development for millions of people around the world.

Owing to the Prize's reputation from its inaugural year and the meaningful and practical theme of the second season, VinFuture has received a large number of quality nominations, with nearly 1,000 high-quality scientific and technological research projects from 71 countries across six continents, nearly double the 599 nominations received in 2021. Among those, 584 nominations were nominated by the top 2% most cited scientists globally. Notable nominations consist of outstanding inventions in areas such as healthcare, food, the environment, and sustainable development, as well as a range of other technological innovations for all aspects of life. All nominations went through a rigorous assessment procedure conducted by the 12 members of the Pre-Screening Committee and the 11 members of the Prize Council, who are globally-renowned scientists from varied fields of academia, research and industry.

The VinFuture Foundation is co-founded by Mr. Pham Nhat Vuong - Chairman of Vingroup, and his wife - Mrs. Pham Thu Huong - Vice-Chairwoman of Vingroup, with the mission of honoring the power of breakthrough science and technology, as well as creating meaningful change in the everyday lives of millions of people on Earth.

VinFuture helps connect brilliant minds in science and technology communities from around the world, unlocking the infinite potential of global intelligence. The Foundation also facilitates opportunities to build multi-dimensional cooperative connections between scientists and entrepreneurs to solve pressing global challenges, especially in developing countries, and promote effective and sustainable application of scientific innovations in the real world.

The 2022 VinFuture Prize Award Ceremony will be held within the 2022 VinFuture Science and Technology Week. Packed with exciting academic activities, the event week is open to the scientific community, business leaders, innovators, and the public from December 17 to 21, 2022. Activities include:

In the run-up to the VinFuture Sci-Tech Week 2022, from December 6-11, VinFuture Foundation will collaborate with Vincom Retail and CGV Cinemas to hold the VinFuture International Sci-Tech Film Week. Exceptional Hollywood science fiction movies that have won prestigious international film awards will be shown at many CGV cinemas, with the aim of spreading the love for science and inspiring younger generations to innovate.

The Foundation's core activity is awarding the annual VinFuture Prize for transformational scientific and technological innovations that have created, or have the potential to create meaningful changes in millions of people's lives across the planet.

A total of four prizes are awarded by the VinFuture Prize Foundation every year, consisting of the VinFuture Grand Prize valued at US$3 million - one of the largest ever annual prizes globally. VinFuture also awards three Special Prizes, each valued at US$500,000, dedicated to female innovators, developing country innovators, and innovators with outstanding achievements in emerging fields.

In addition, the Foundation conducts many activities to accomplish its mission, such as funding academic activities, catalyzing intellectual connections, collaborating in Sci-Tech development, and promoting STEM education.

To view the source version of this press release, please visit https://www.newsfilecorp.com/release/146578

Sign up to receive news releases by email for Media OutReach or all companies belonging to the Multimedia/Internet/Online Services industry.