Vancouver, British Columbia--(Newsfile Corp. - July 18, 2022) - BAROYECA GOLD & SILVER INC. (TSXV: BGS) (the "Company") is pleased to announce that its geologists have found copper mineralization in a preliminary reconnaissance campaign at its road-accessible Zapatoca Project in a new mining district in Santander Department, Colombia, about 40km southwest of the departmental capital, Bucaramanga.

The discovery comprises disseminated to veinlet copper carbonates (malaquite-azurite) as seen in photo 1, constrained in siliciclastic sedimentary rock units. Sediment-hosted stratiform copper deposits haven't previously been found in this part of Colombia and so this represents a true new discovery.

Baroyeca has subsequently secured an area of 4,000 hectares surrounding the new copper discovery.

Raul Sanabria, P.Geo., President of Baroyeca, commented: "Finding sedimentary copper in this area was totally unexpected and it underlines the potential Colombia still has to offer new mineral discoveries. We have staked the surrounding area, providing the Company with another exploration project at no cost or dilution to our shareholders. Sediment-hosted stratiform copper deposits represent one of the most-exciting copper exploration prospects in Cesar Department in northeastern Colombia, but this potential has not previously been seen in nearby Santander. With demand increasing for copper exploration projects, for Baroyeca, this could be a starting point towards becoming a project generator in the country."

The newly discovered showings are located on the lower half of the northeast facing slopes edge of the Sogamoso river canyon within the Upper Jurassic Girón sedimentary sequence and the lowest members of the Los Santos formation. There are several gypsum quarries of Cretaceous age (La Paja Formation) proving the existence of large-scale evaporite beds within the basin and the stratigraphic sequence where the newly found copper stratabound mineralization is located.

Red-bed mineralization forms by movement of oxidized, copper-bearing fluids across a reduction front that results in the precipitation of copper sulfides. The global tectonic framework involved in the formation of these deposits include the formation of failed rifts that subsequently became significant intracratonic basins with basal, synrift red-bed sequences overlain by marine and/or lacustrine sediments and, in some basins located at low latitudes, by thick evaporitic strata. The intracratonic setting of these basins allowed the development of a hydrologically closed basinal architecture in which highly oxidized and saline, moderate-temperature basinal brines were produced that were capable of supplying reduction-controlled sulfide precipitation over very long time periods.

Baroyeca has secured 4,000 hectares following the stratigraphic contacts of the Giron and Los Santos formation as first movers in this zone. 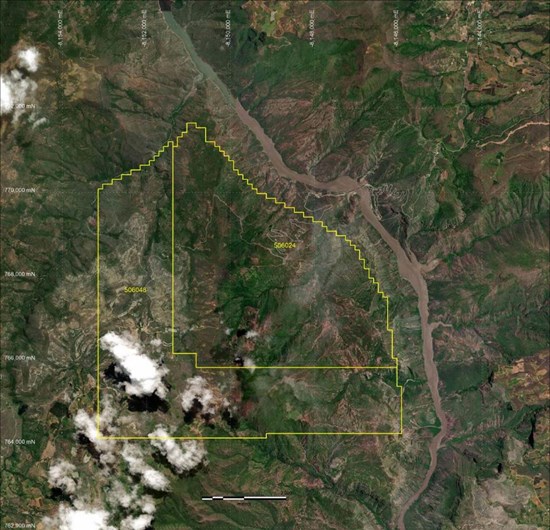 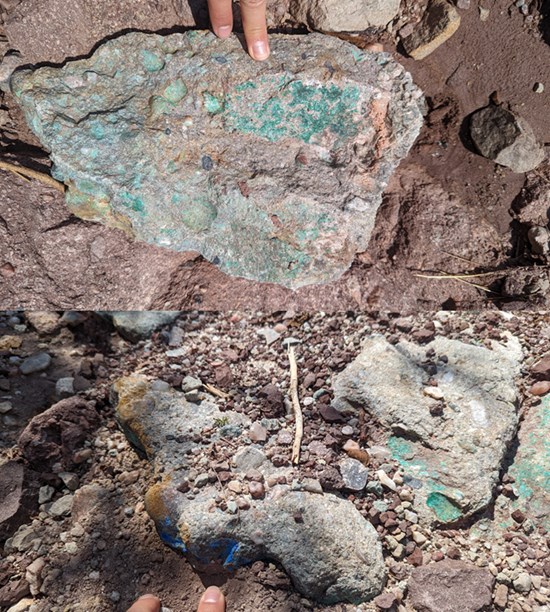 Photo 1. Copper carbonates exposed at surface in a siliciclastic sedimentary member of the Girón formation of upper Jurassic age

Baroyeca Gold & Silver Inc. is a mineral exploration company focused on high-grade silver and gold projects located in Colombia. Baroyeca's flagship asset is the high-grade Atocha Silver-Gold Project located in Tolima Department, Colombia. The Company also holds an option to acquire a 100% interest in the Santa Barbara Property, Bolivar Department, Colombia, which is renowned for its high-grade gold mineralization and vein density. Current exploration activities on the Santa Barbara Property involve the bulk sampling of vein structures, which material then feeds into a trial production facility which has consistently been producing gold for over a year. The revenue from the sale of produced gold defrays part of the operating costs. The Company is planning to expand these activities.

The Company's Board and senior management are committed to creating shareholder value through the discovery process, careful allocation of capital and environmentally and socially responsible mineral exploration.

Raul Sanabria, M.Sc., P.Geo., President of Baroyeca Gold & Silver Inc. and a qualified person ("QP") as defined by Canadian National Instrument 43-101, has reviewed and approved the technical information contained in this release.

Neither the TSX Venture Exchange nor its Regulation Services Provider accepts responsibility for the adequacy or the accuracy of this release.

To view the source version of this press release, please visit https://www.newsfilecorp.com/release/131075

Sign up to receive news releases by email for Baroyeca Gold & Silver, Inc. or all companies belonging to the Precious Metals, Mining and Metals industries.